Talk about a high-steaks contest.

The winners of the 2022 World Steak Challenge have been revealed in a ceremony at Dublin’s Mansion House, following a full day’s technical judging at the city’s nearby Fire Steakhouse and Bar.

A ‘melt in the mouth’ Japanese Wagyu steak was crowned the overall winner, also scooping the prize for World’s Best Sirloin and World’s Best Grain-Fed.

The winning steak, which is a first-time entry from Japan, is A4 grade, which signifies ultra-premium quality beef in Japan. Produced by Starzen Co, a company that exports Japanese steaks around the world, the ‘Akune Gold’ steak is carefully cultivated, ‘resulting in the highest quality Wagyu steak’, according to a statement.

The cow was a 30-month-old that was raised ‘with a warm climate and abundant water’ in the Kagoshima region on the island of Kyushu.

The gong for World’s Best Rib-Eye, meanwhile, went to a Wagyu steak by Australian beef producer Jack’s Creek made from a 32-month-old pure-bred cow that had been grain fed.

Judges praised the piece of meat as ‘tender, juicy and full of buttery flavour’. Jack’s Creek has form when it comes to bagging prizes – last year it took the award for Best Fillet, Best Rib-Eye and Best Grain-Fed. 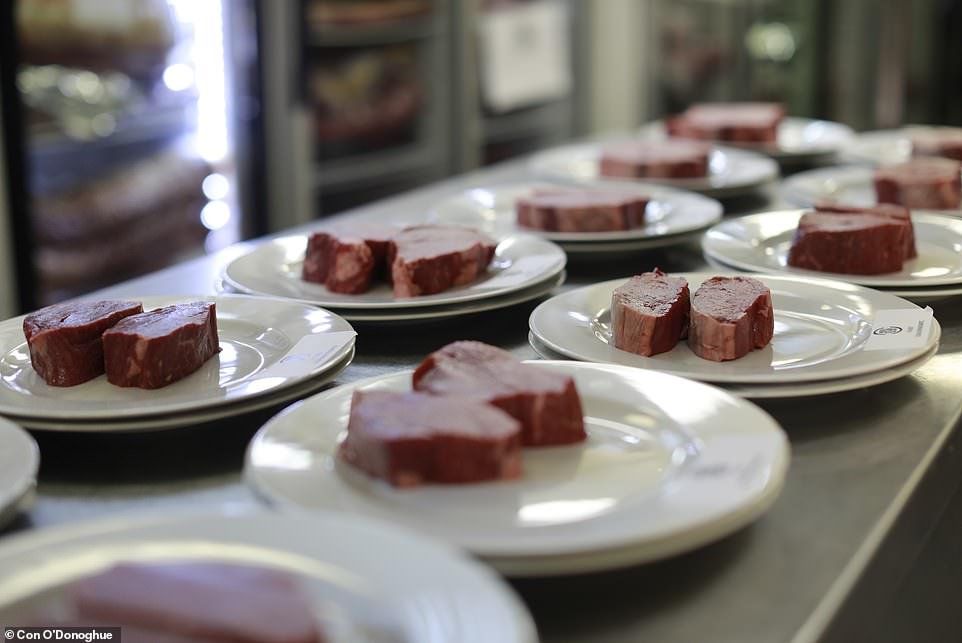 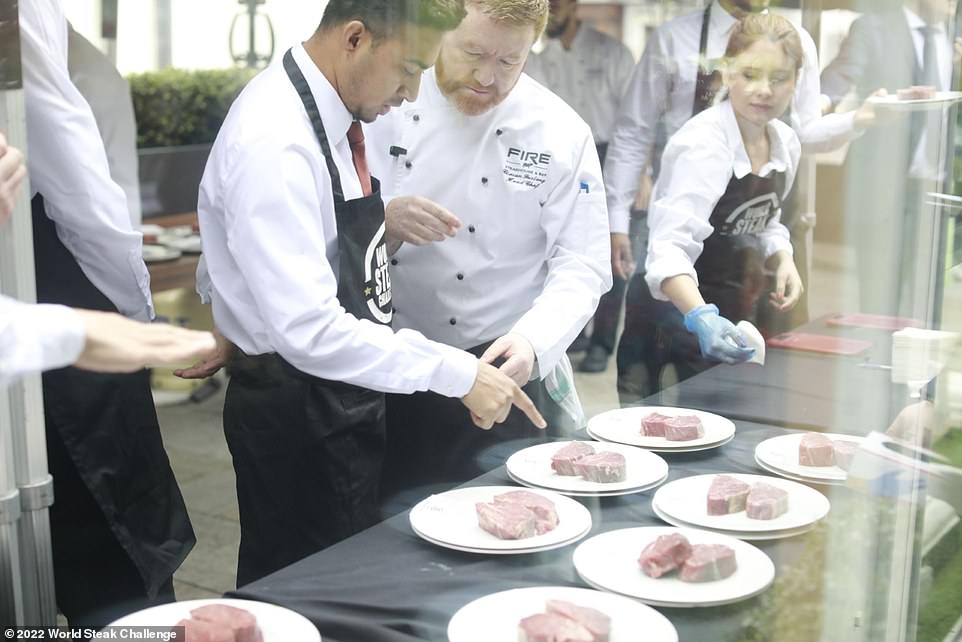 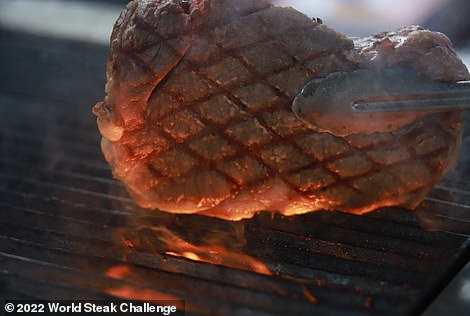 Elsewhere in the awards, the winning fillet steak was revealed as a steak produced by Italian company MFC Carni that’s ‘well-known for its intense flavours, sweet aroma and unique tenderness’. The steak was yielded from a cow from Poland that was grain fed and obtained by a cross breed of Polish Holstein and Black Angus cows.

The award for the Best Grass-Fed steak in the world went to a steak from a full-bred Dexter – an Irish breed of cattle – from Linden Foods in Northern Ireland. Sold in Marks & Spencer, this 30-day matured rib eye steak was described by judges as being ‘very tender and rich’.

Now in its eighth year, this year’s competition received more entries than ever before from steak producers and suppliers worldwide.

Overall, Ireland took the most medals with a total of 54 gongs, followed by England with 36 awards and Finland with 28 prizes. 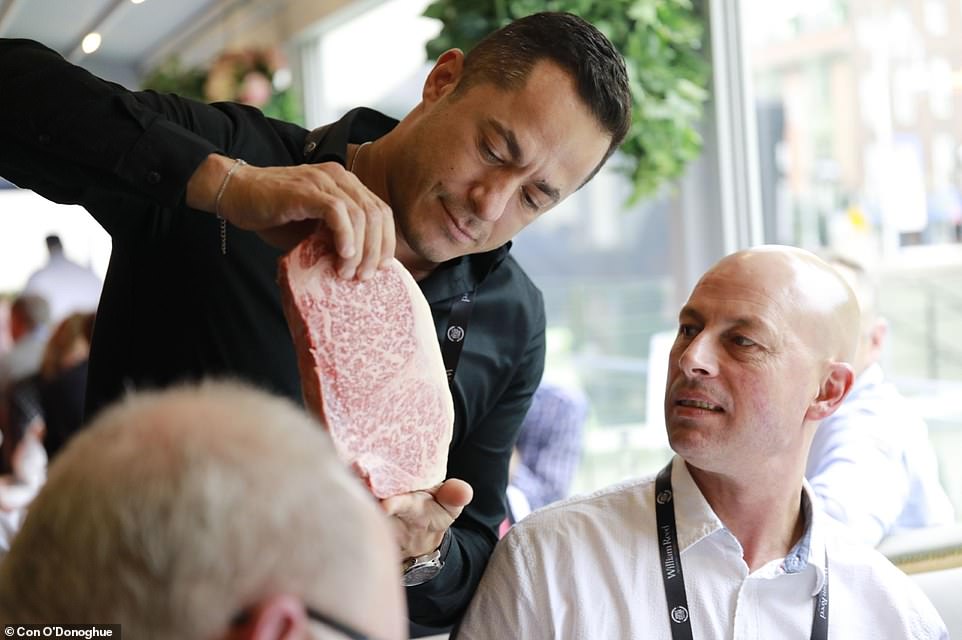 The awards were judged blind by a panel of over 60 independent experts including Richie Wilson, the TV chef and executive chef of Fire Steakhouse, and Ioannis Grammenos, executive chef and ‘meatologist’ of Heliot Steak House in London.

This year’s awards took place in conjunction with the official host partner, Bord Bia, which is an Irish government agency that promotes the country’s food; the equipment partner, Synergy Grill Technology; and the judging partner, Fire Steakhouse.

Commenting on the awards, Ed Bennington of World Steak Challenge said: ‘We are thrilled to have a new winner for this year’s World Steak Challenge. It is very exciting to have our first Japanese entry and consequently the winner of World’s Best Steak. The vast number of entries from across the globe truly showcases the quality of steak on an international scale.’ 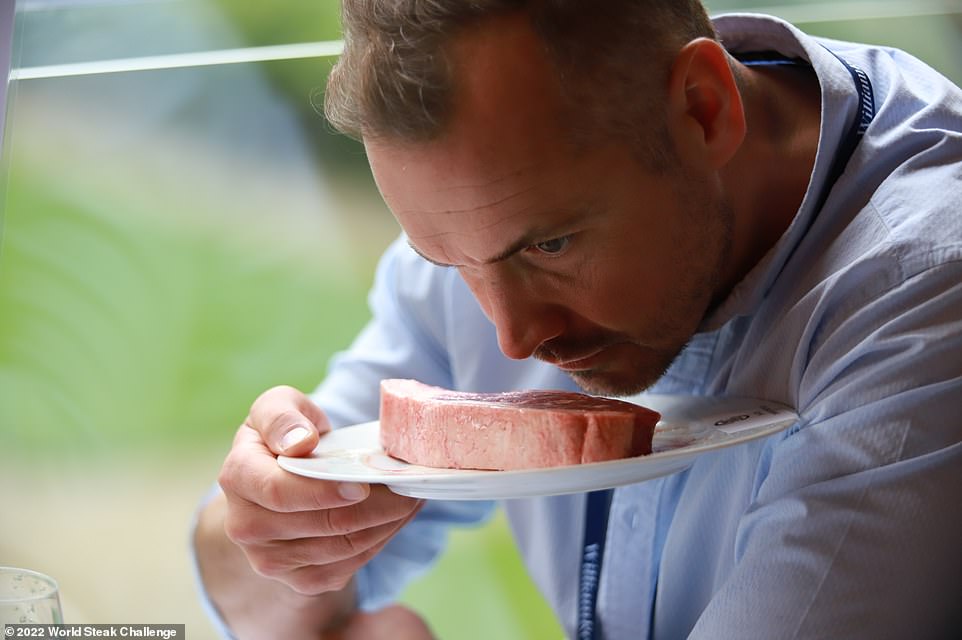 Overall, Ireland took the most medals with a total of 54 gongs, followed by England with 36 awards 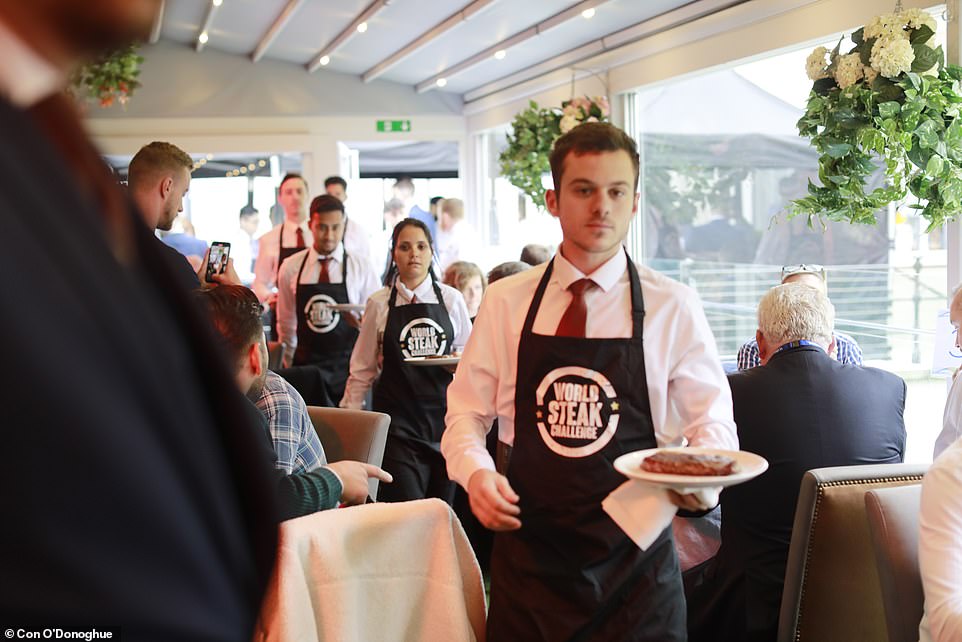 Mark Zieg, Beef Sector Manager at Bord Bia, said: ‘We are proud to welcome all the producers from around the world here to Ireland, where grass-fed and sustainable farming practices [are] core to our beef industry.

‘We export 90 per cent of our beef to over 50 markets around the world, even as far as Japan and the USA, so it is very important to get our origin known and be recognised on the basis of quality and taste. In an environment like the World Steak Challenge with top producers, chefs and judges we feel it is the ideal opportunity to share our values in producing top quality beef.’

Richie Wilson, Culinary Director of Fire Steakhouse, added: ‘It was a privilege to welcome the World Steak Challenge to Ireland and to have Fire Steakhouse and Bar as the venue of choice for the 2022 judging process. To have the world’s best beef cooked and served by our excellent team to a panel of industry experts was an absolute honour – a massive congratulations to all of the 2022 winners!’