This is the moment an adorable Shar Pei dog begs for her owner’s attention in the politest way possible.

Upon seeing her owner Sarang busy on her computer, the puppy named Ava calmly taps on her owner’s laptop to get her attention in their Dallas, Texas home.

The adorable one minute video posted in April captures the moment the faithful Ava taps Sarang’s computer, hoping her owner will give her some affection. 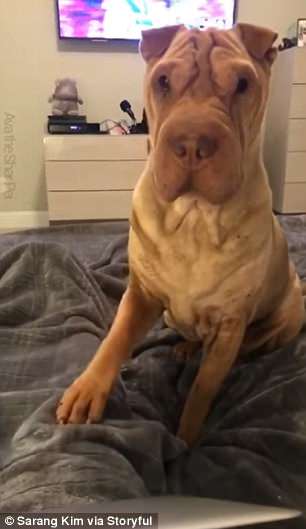 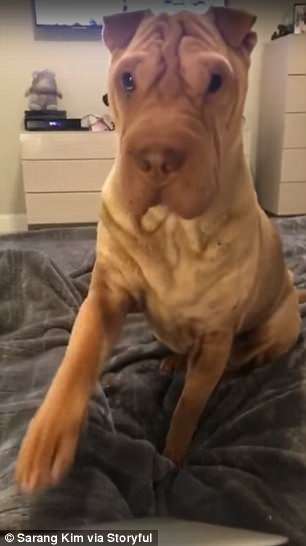 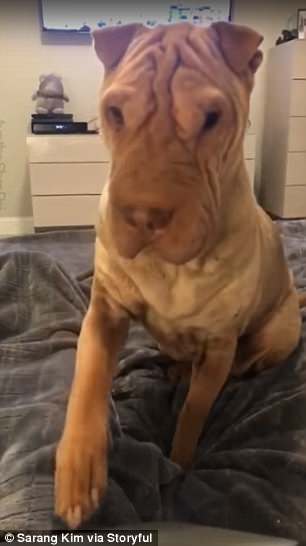 The sweet dog taps lightly on her owner Sarang’s computer, pictured above, in their Dallas, Texas home

Sarang is heard laughing behind the camera as she films Ava’s confused expression.

When Sarang finally replies the pup runs up to her computer and taps again on the laptop.

The dog nearly shuts the laptop closed, hoping her owner will devote more attention to her.

The adorable video was posted into dog-lovers Facebook group Dogspotting Society, where it has gone viral with more than 2,000 reactions.

But this isn’t the first time Ava has found internet fame for her adorable tapping.

Tapping for attention seems to be a habit of hers, which her owner Sarang shares with the world through her Instagram @avathepei.

The popular pup has an impressive 26,000 followers and is seen tapping on everything from kitchen cabinets, her owners, and her food bowl. 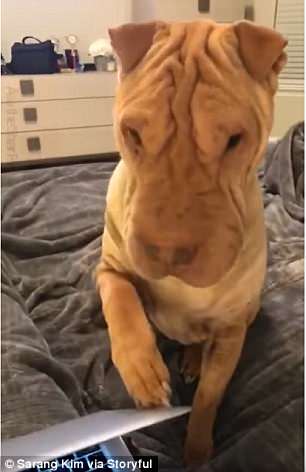 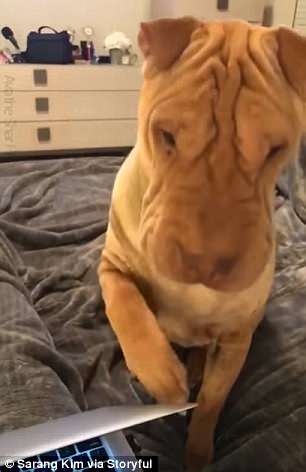 The pup nearly closes the computer with her paws and tapping antics, hoping to steal her owner’s attention away from the laptop screen 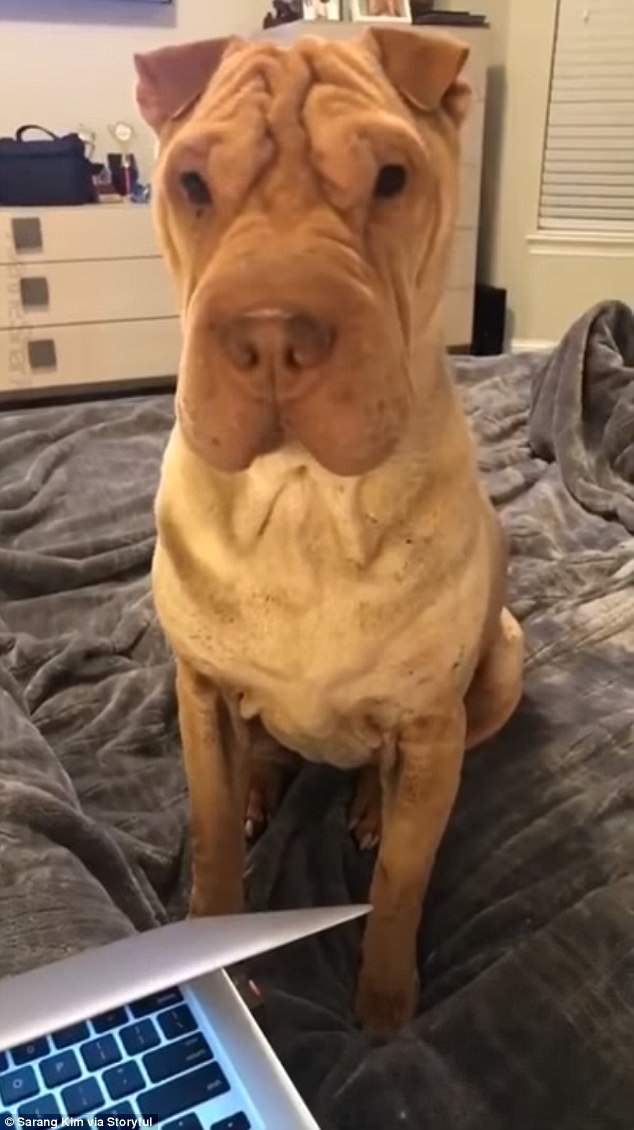 Love me! The sweet pup sat patiently in front of her owner in the video that has been shared more than 2,000 times in Facebook group Dogspotting Society