Tory hopefuls are still frantically lobbying MPs today after voting began to decide the next leader.

Struggling contenders Andrea Leadsom, Rory Stewart and Esther McVey were hanging around the committee room where the ballot is taking place.

The trio looked in good spirits as they posed for selfies inside Parliament. But half the 10 candidates could be wiped out at a single stroke when the result is declared this afternoon, as they need at least 17 backers to continue.

Boris Johnson looks poised to storm the contest to succeed Theresa May, as a poll found he is the overwhelming choice of activists.

The survey by the grass-roots ConservativeHome website put him on 54 per cent – with Rory Stewart a surprising but distant second on 12 per cent.

Launching his campaign yesterday, Mr Johnson warned of ‘mortal retribution’ from the public unless the government delivers Brexit – although he was left blustering by questions over whether he used cocaine in the past.

At a hustings last night, he also refused to rule out suspending Parliament to force No Deal by the end of October, merely saying he was ‘not attracted’ to the idea.

But rivals have stepped up their attacks on the former foreign secretary, with Home Secretary Sajid Javid branding him one of the ‘same old school ties’ and urging Conservatives to choose a less divisive candidate.

Foreign Secretary Jeremy Hunt joked that he woke up today feeling like it was the ‘morning of my wedding’. ‘Something big is going to change but don’t quite know how it is going to unfold,’ he tweeted. 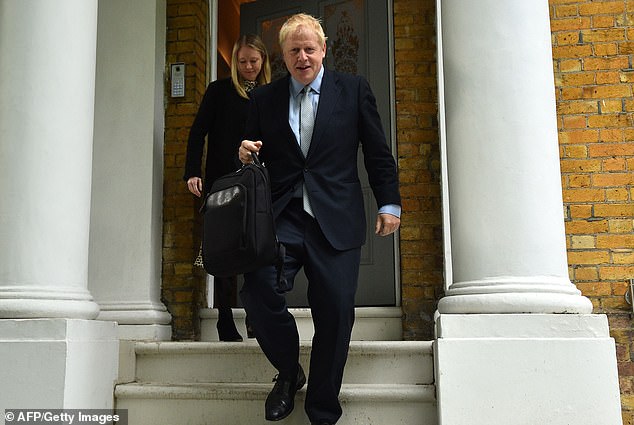 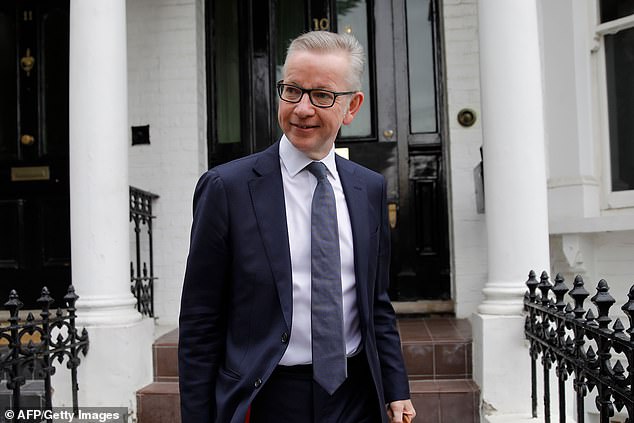 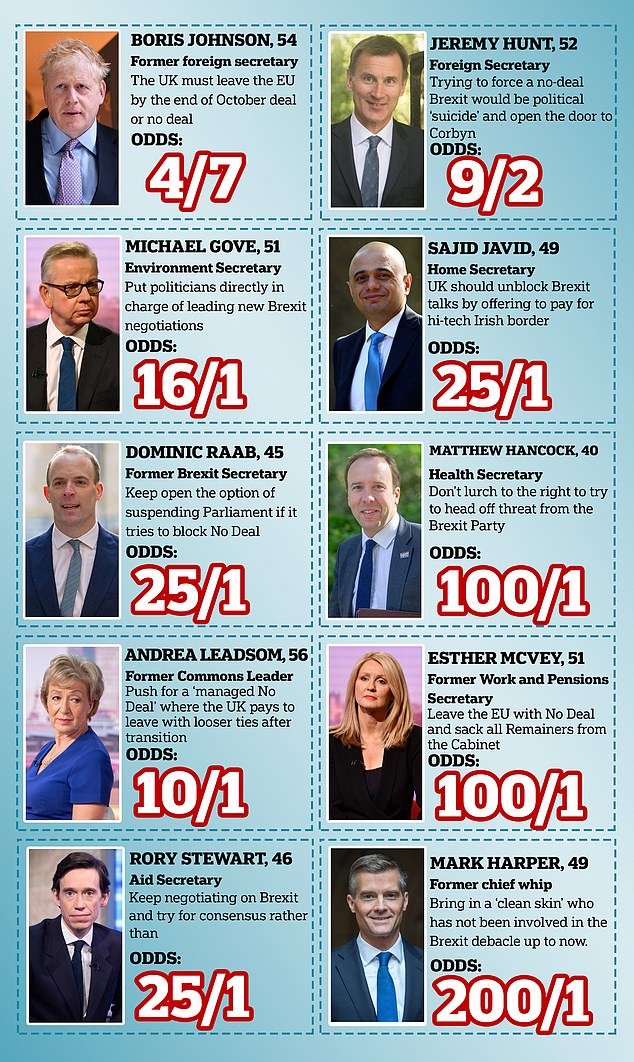 Leadership hopefuls need at least 17 votes in the secret ballot to go through to the second round, with anyone below the threshold automatically eliminated.

But even if all the candidates meet the target, the one with the lowest number of votes overall will still have to exit the race.

Mr Johnson has 82 public pledges of support – way ahead of Michael Gove who has 32, and Jeremy Hunt on 30. Dominic Raab has 22, and Sajid Javid 18.

Health Secretary Matt Hancock looks to be close to the threshold of 17, while all the other candidates are well below on declared support.

However, dozens of MPs have yet to state their allegiance – and it is a secret ballot so there is no way of knowing whether they follow through on their pledges.

How will the Tory leader battle play out?

This will be another critical day, as the first ballot takes place between 10am and noon. The result is due to be announced at 1pm.

Anyone with fewer than 16 votes will be automatically eliminated, and at least one will be ejected.

Further rounds of voting will take place during June until there are just two candidates left by this point.

The winner is due to be declared this week.

They will take over from Mrs May as PM shortly afterwards – probably in time to take a session of PMQs before the Commons breaks up for its summer recess.

Deep in the heart of the Commons today, Tories started filing into the voting booths.

Mrs May refused to answer questions from reporters about whom she voted for.

‘That’s none of your business,’ she joked as she left the committee room where the ballot is being held.

Jacob Rees-Mogg told reporters he thought Mr Harper could be the first to go.

‘The bottom one goes and anyone under 5 per cent goes. So, it could be more than one who’s knocked out.’

Asked who she would urge her supporters to back if she is eliminated, Ms McVey said: ‘I’m not answering that yet.’

‘I have seen Boris do it twice in what is regarded … as a Labour city (London),’ Mr Cleverly added.

‘He has a good track record of delivering.’

Mr Johnson launched his bid with a warning to MPs that they will ‘reap the whirlwind’ if they try to thwart Brexit – and said it was essential that Britain was out of the EU by the end of October.

But Mr Javid dismissed the former foreign secretary as ‘yesterday’s news’, saying the party needed to show it had changed.

Former Commons leader Andrea Leadsom insisted she was ‘very optimistic’ about the ballot, and said she thought that she had the support to get through to the next round – despite a relatively low number of public endorsements.

She told ITV’s Peston: ‘There’s a whole range of colleagues who for one reason or another don’t want to declare for one candidate or another and I’m very optimistic about tomorrow. 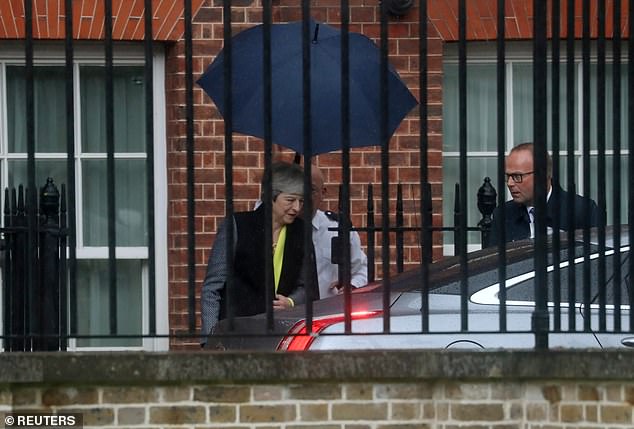 Mrs May (pictured leaving Downing Street today) refused to answer questions from reporters about who she voted for, saying: ‘None of your business.’ 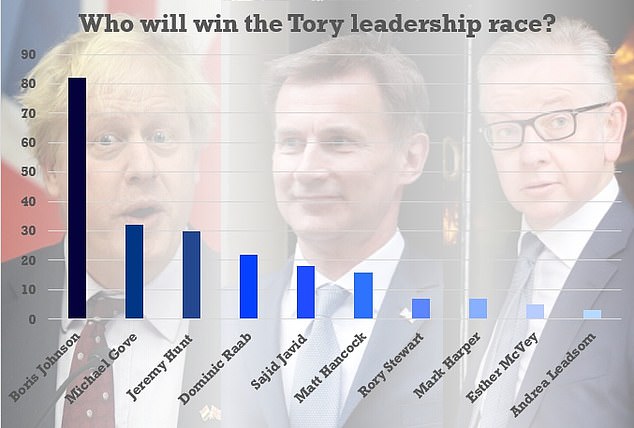 Boris Johnson, Michael Gove and Jeremy Hunt seem to be heading the field in the Tory leadership race. The chart shows the number of public pledges of support from MPs 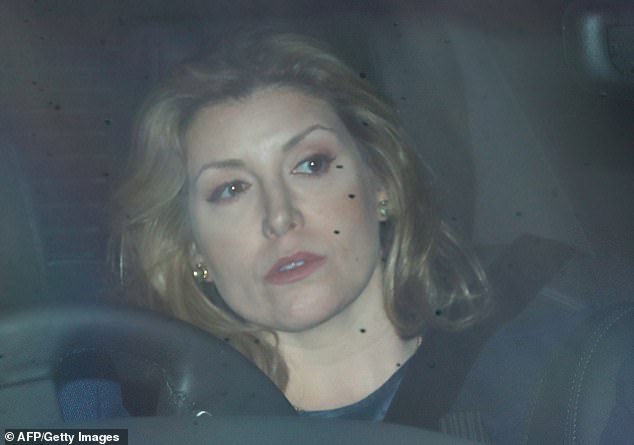 Defence Secretary Penny Mordaunt, who is backing Jeremy Hunt, was among the Tory MPs arriving at Parliament to vote in the contest today 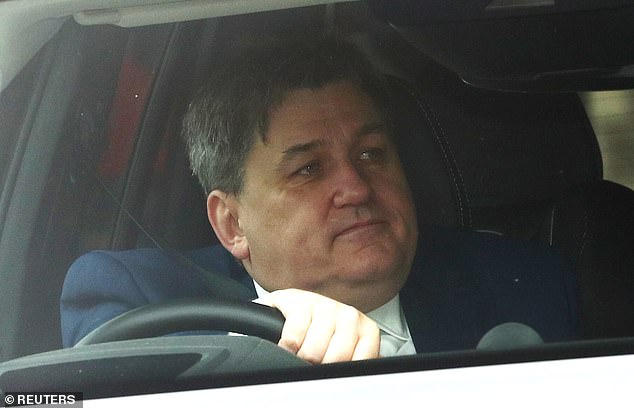 Kit Malthouse, who dropped out of the race early on, was also at the House of Commons today

‘But tomorrow’s a big day, and we’ll see some real facts tomorrow – before then it’s all just speculation.’

But Mr Harper said: ‘I’m confident about getting through tomorrow based on the feedback that I’ve had from my colleagues, from my campaign launch yesterday and the various hustings that we’ve had.’

Meanwhile, Labour vowed to keep fighting against No Deal Brexit after the latest cross-party attempt by MPs to take control of Commons business failed.

The cross-party motion, which would have enabled MPs to take control of the business of the House on June 25, was defeated by 309 to 298 – a majority of 11.

However, eight Labour MPs defied Jeremy Corbyn to back the government – and two more abstained.

Shadow Brexit secretary Sir Keir Starmer said it would have acted as a ‘safety valve’ enabling Parliament to pass legislation preventing the next prime minister from taking Britain out of the EU without a deal.

The ballot today opened at 10am and will close at noon, with the result due to be announced at 1pm. 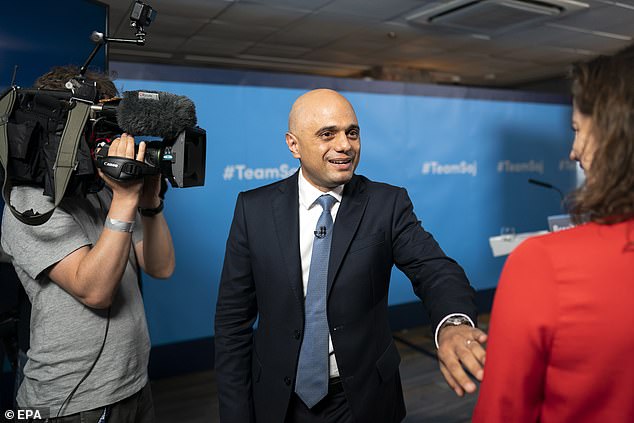 At his own launch last night (pictured), Home Secretary Sajid Javid branded Mr Johnson one of the ‘same old school ties’ and urged Conservatives to choose a less divisive candidate