Wout van Aert on the flatlands, Primoz Roglic in the mountains: Jumbo-Visma are dominating the 2020 Tour de France, grabbing their third win after just seven stages.

Belgian sensation Van Aert sprinted past Edvald Boasson-Hagen and Bryan Coquard to win comfortably after a nervous 168 kilometres into Lavaur on stage seven, with strong winds ripping the peloton to shreds.

Adam Yates locked-in another day wearing the leaders’ yellow jersey with a smart ride to ninth-place, while Tadej Pogacar, Mikel Landa, Richard Carapaz and Richie Porte were all caught-out, losing a costly 1 minute and 21 seconds. 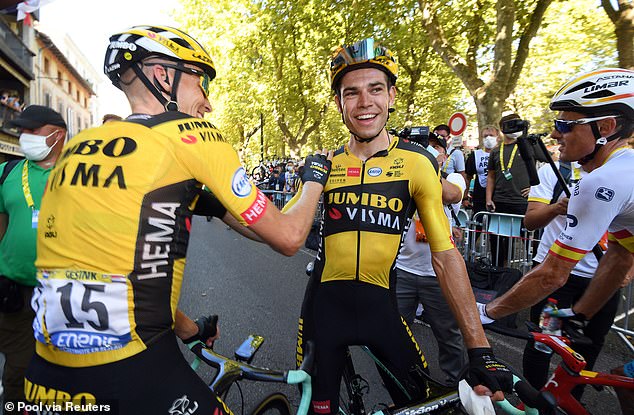 The Belgian took his second stage win in three days, with Jumbo earning their third of the race 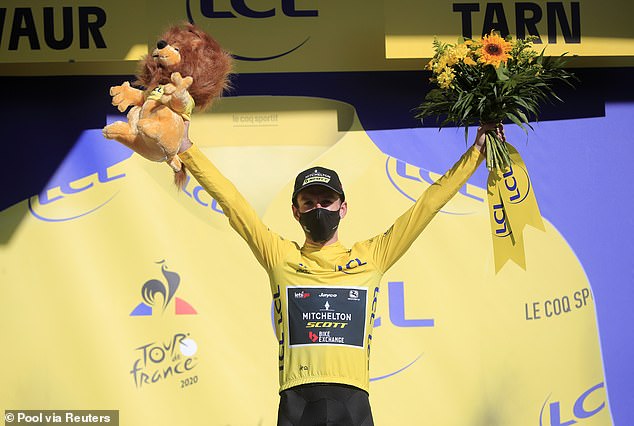 Jumbo are sitting pretty as the Tour moves into the Pyrenees on Saturday, with Roglic poised three seconds behind Yates in second-place overall, while Ineos Grenadiers’ Egan Bernal lurks 13 seconds back in fourth.

The boredom of stage six was quickly forgotten as early breakaway attempts from Beniot Cosnefroy and Michael Schar were crushed by a storming Bora-Hansgrohe.

With Peter Sagan still searching for his first win of 2020 the German setup put the hammer down – jettisoning pre-stage favourites Caleb Ewan and Sam Bennett and riding them out of contention after a doomed pursuit. 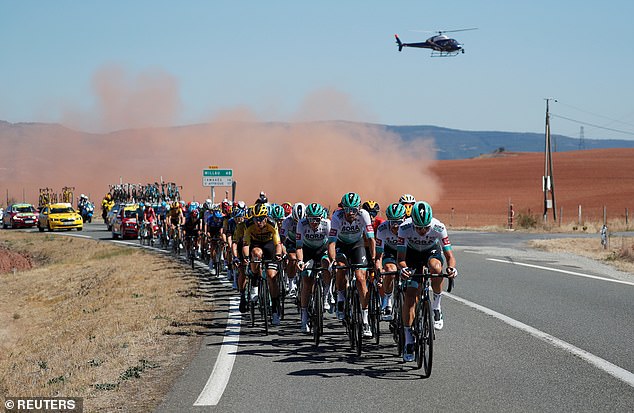 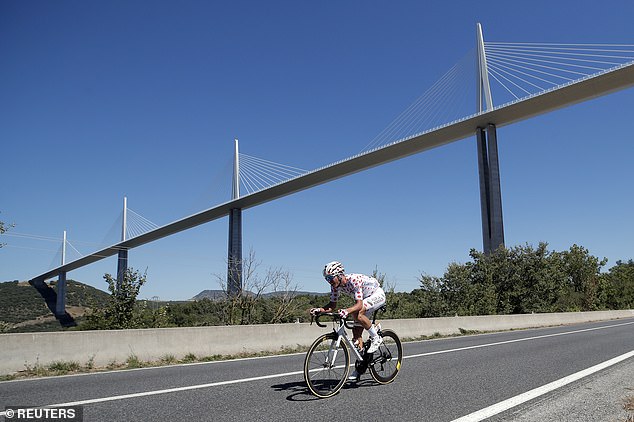 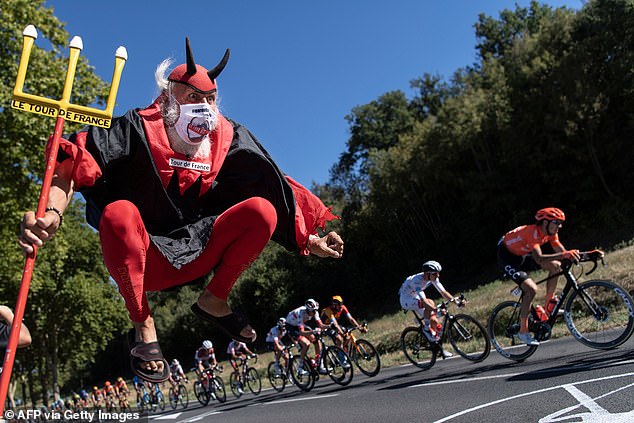 The Tour de France’s most famous fan, Didi ‘El Diablo’ Senft, was out on course on Friday

Reigniting the action with 40 kilometres to ride, it was Ineos who forced the next big selection – sweeping up a Thomas de Gendt solo mission and sending Pogacar and Co backwards with a powerful attack.

As Julian Alaphilippe and Bernal impressed by driving the pace, Ineos’ plan backfired as Richard Carapaz suffered a mechanical issue.

The Venezuelan never saw the front again despite Ineos sending Jonathan Castroviejo back to help, curiously leaving only Michal Kwiatkowski to shepherd Bernal. 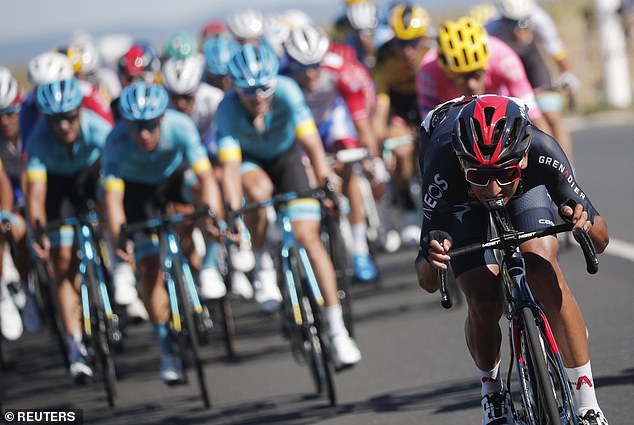 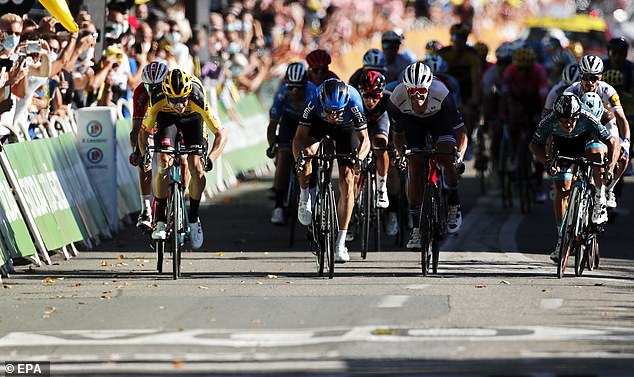 On a still day, 172-ride peloton would have been barrelling down the Lavaur finish straight at a frightening pace. But after the crosswind brutality, Groupama-FDJ had to drag the weary 40-strong peloton into the final kilometre.

Bora-Hansgrohe’s work deserved reward and Sagan was favourite to deliver as he bumped and barged with Hugo Hofstetter for Van Aert’s slipstream, but the Slovak couldn’t find a way through as the Belgian stamped on the pedals and sunk back to a disappointing 13th.

Van Aert now has seven wins in 2020, with two in the last three days during only his second Tour de France.

The triple cyclocross world champion has stamped his mark on the sport this year, and is now among the favourites for stage 21 victory on the Champs-Elysees.