‘ESPN did me so dirty tonight’: WVU diver is made to look totally NUDE on TV thanks to a very unfortunately-placed text

Twitter users are baffled over a diver who appeared to be naked on screen during a televised a competition.

Jake Lowe, from Brunswick, Ohio, was preparing to perform a reverse somersault-tuck in a West Virginia University Athletics diving competition, which was televised on ESPN.

However, he was mortified to find himself appearing ‘naked’ on screen, as the TV network’s chyron had covered his swimsuit, making it appear as if he had nothing on.

Whoops! A diver preparing to do a reverse somersault-tuck in a West Virginia University Athletics competition appeared to be naked on TV due to an unfortunately-placed chyron

Wardrobe malfunction? Jake Lowe shared the photo on Twitter, writing: ‘ESPN did me so dirty tonight’ 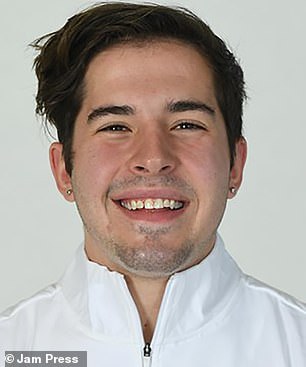 In the spotlight: Lowe is a WVU junior from from Brunswick, Ohio

Lowe, a WVU junior, posted the photo on Twitter after the competition aired, adding the caption: ‘ESPN did me so dirty tonight.’

Some wondered what, exactly, the person in charge of graphics at ESPN was thinking.

‘Graphics department and the camera man need to be addressed ASAP,’ wrote one.

‘Hey could have been generous and used a longer textbox for your name and details,’ said another. 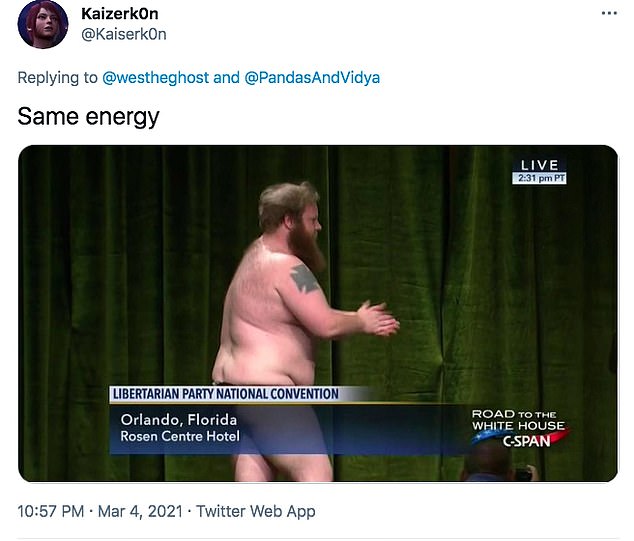 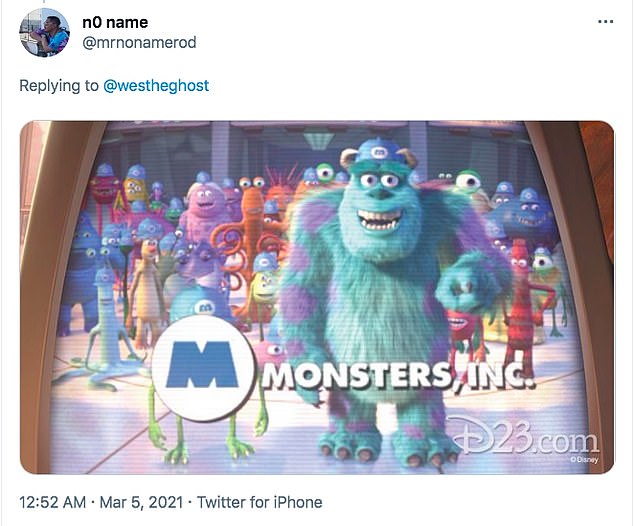 A good laugh! Twitter users are in stitches at the blunder, which has gone viral

Others compared the moment to similar shots on TV, including one of Derrick Grayson, a candidate for the chairmanship of the Libertarian Party, stripped on stage at the 2016 Libertarian National Convention.

‘Bruh, this is literally me standing in front of the fridge at 3am,’ one quipped.

‘When you waiting for the shower water to heat up,’ said another, while one more chimed in:  ‘There’s a somersault-tuck joke in there somewhere.’

Some questioned what sort of swimsuit Jake was wearing, with one writing: ‘Like, I’m wondering if you were to remove the graphic what’s my guy have on??’

Another added: ‘Good thing they didn’t have that graphic LOWE-r.’