Wycombe Wanderers forward Tjay De Barr has been taken to hospital after collapsing on the pitch following his side’s 1-0 defeat away to Plymouth Argyle.

De Barr, 22, caused concern among players and fans as he fell to the ground shortly after the final whistle at Home Park.

The Gibraltarian international was taken off on a stretcher after being treated by paramedics and his club confirmed in a statement that he is ‘in a good condition’. 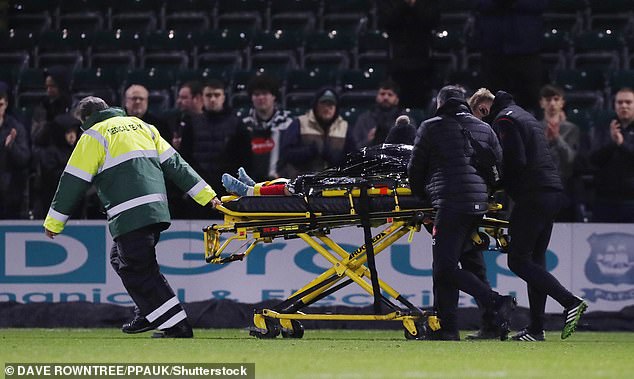 Assistant manager Richard Dobson admitted there was ‘great concern for his wellbeing’ after the incident but said he was ‘up and talking’.

Wycombe said in a statement half an hour after the match: ‘Tjay De Barr has been treated on-site by medics and is in a good condition, but will go to hospital for further tests. 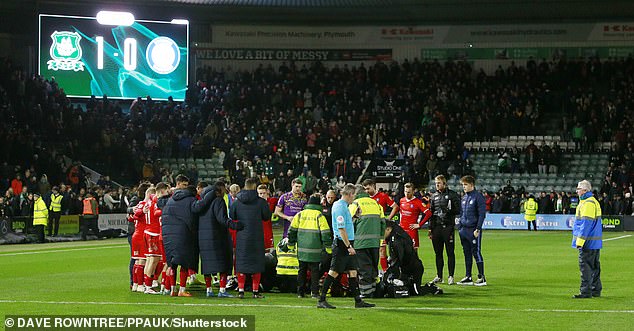 ‘Thank you to everyone for their well wishes, and to the medical staff for their swift and expert assistance.’

De Barr, capped 30 times by Gibraltar, was accompanied in the ambulance by boss Gareth Ainsworth.

He had been brought on as a 71st-minute substitute in the League One clash.

It has been suggested De Barr was involved in a collision towards the end of the contest before he collapsed.

Plymouth manager Steven Schumacher said the player had been ‘coughing up blood’ and was ‘struggling to breathe’ towards the end of the match before he went down, in scenes he described as ‘scary’. 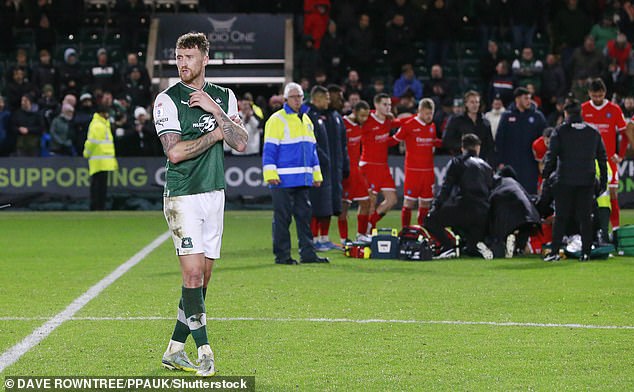 ‘Our thoughts are with their player Tjay De Barr. He has took a nasty bang it looks like in his chest – in his ribs. Fingers crossed he’s okay,’ he said.

De Barr joined the Chairboys in August 2021, scoring once in eight appearances before moving on loan to National League side Eastleigh for the second half of the campaign.

He has made five appearances for Wycombe so far this season, with Ainsworth’s side currently eighth in the League One table.