The corporate owner of the Wynn and Encore resorts is accusing a company building a $4billion casino across the street of copying its building design.

The Nevada party area is due to welcome the 87 acre spot at the end of 2020 and with construction well underway on the North Strip of Las Vegas Boulevard, its rivals are suing because they believe it looks too much like their structures around the world. 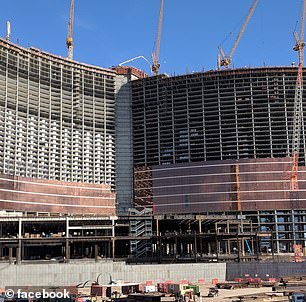 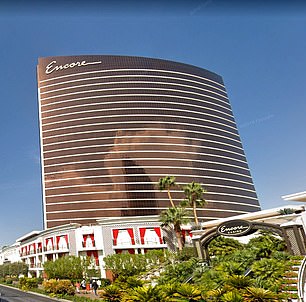 Friday’s filing at the U.S. District Court of Nevada in Las Vegas also uses Wynn Macau as evidence the concave architecture is synonymous with their brand which boasts bronze glass and cream horizontal bands between windows.

Wynn – which is also under development in Everett, Massachusetts – asks the defendant to ‘remove any materials or goods that constituted infringing trade dress from its Resorts World Las Vegas hotel and casino that is currently under construction’. 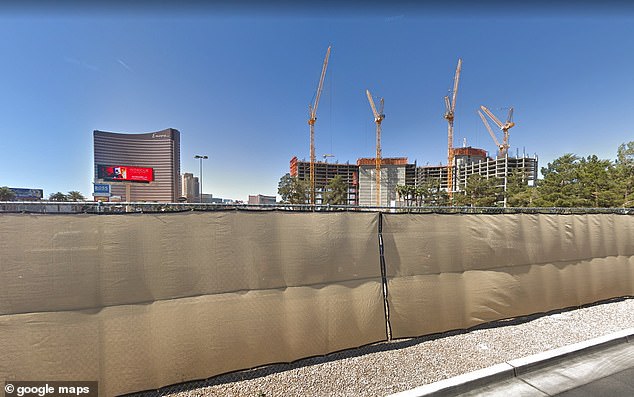 They claim the $4billion 2020 opening (right) wants to mislead the public into believing its 3,000-room project on the North Strip is affiliated with Wynn (left Encore is pictured) 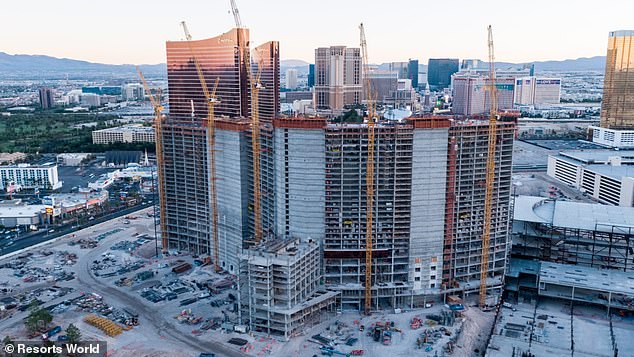 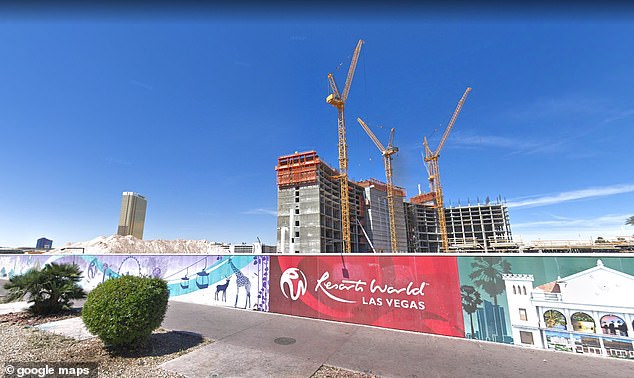 Wynn wants any profits the new 3,000-room Resorts World Las Vegas LLC gains as a result of using elements of their design

For those reasons Wynn wants any profits the new 3,000-room Resorts World Las Vegas LLC gains as a result of using elements of their design.

Additionally the company is seeking exemplary and punitive damages. 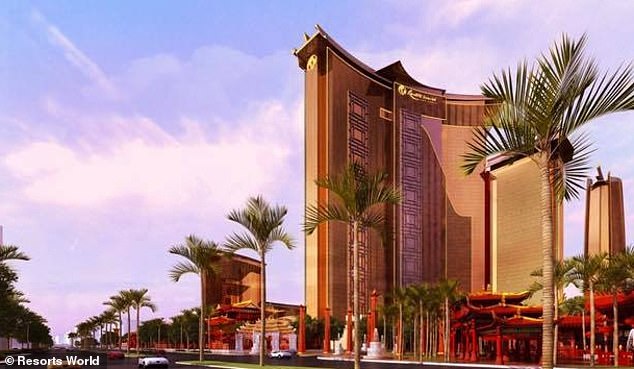 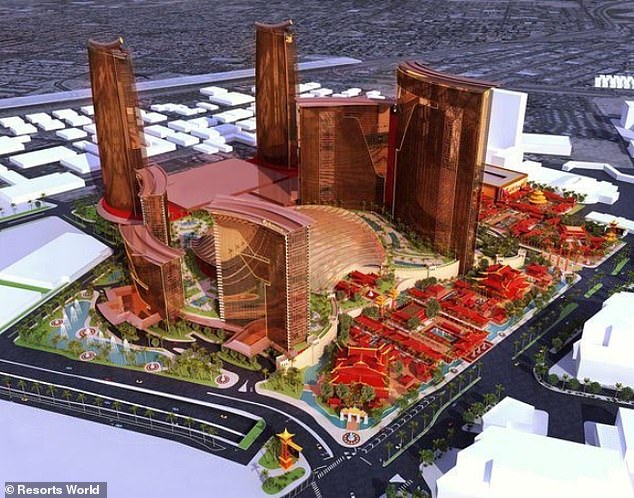 Wynn said Resorts World it is ‘likely to cause confusion, to cause mistake or to deceive’ people

Wynn in Sin City opened in 2005 and twin building Encore launched three years later. The Macau Wynn came along in 2006 and that version of Encore opened in 2010. Wynn Palace was added to Macau in 2016.

It’s not the first time they’ve gone after a company for using a similar look.

In 2012, they went after Japan’s Universal Entertainment for a property in the Philippines.

Owner Kazuo Okada used to work with 76-year-old Steve Wynn who resigned as Chairman of the Board in February.

Okada settled the case for $4.2billion in March.