Xavi Simons fulfilled his dream on Wednesday night as the 17-year-old made his professional debut for Paris Saint-Germain.

Mauricio Pochettino handed him 12 minutes off the bench to get a taste of senior club football after joining the French giants back in 2019.

‘It was a very special moment for me, I feel a bit emotional,’ Simons said after replacing Julian Draxler in PSG’s 1-0 win over Caen in the French Cup.

Here, Sportsmail takes a look at the one of the most promising youngsters in Europe as he embarks on his senior career.

Xavi Simons, 17, made his professional debut for Paris Saint-Germain on Wednesday evening

Simons is a Dutch central midfielder, who has represented Holland at Under 15, U16 and U17 level.

The teenager has followed in the footsteps of his father Regillio Simons, who was a striker in the Dutch Eredivisie. After hanging up his playing boots he became a coach and used to work in the Ajax academy setup.

Simons has been destined for stardom from an early age. He showcased his ability in the renowned LaLiga Promises tournament in Miami aged just 12.

The youth competition is known for discovering emerging talent in Spain with Barcelona legend Andres Iniesta spotted by the Catalan giants after starring for Albacete. 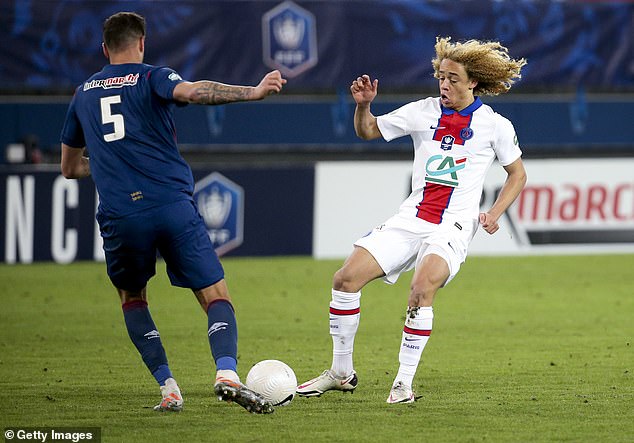 Simons is a Dutch central midfielder, who has represented Holland at U15, U16 and U17 level 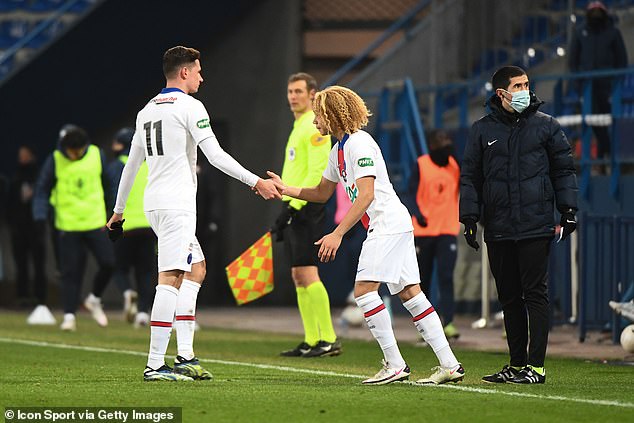 Born in Amsterdam, Simons was named after ex-Barca skipper Xavi Hernandez with his father a big supporter of the Spanish giants. Simons was brought up in Alicante, Spain after his family moved there when he was three following his father’s retirement.

He was quickly snapped up by Villarreal but his father didn’t want him playing three age groups higher, which paved the way for Barcelona.

‘He joined the system at Villarreal,’ Regillio Simons said. ‘They were very happy with his progress and wanted him in the academy system but he was aged six and already playing with their U9s.

‘I thought it was too early for that. I didn’t want him playing in the U9s at six, so I said no. It was a week later when Barcelona called and wanted him to go for a trial.’ 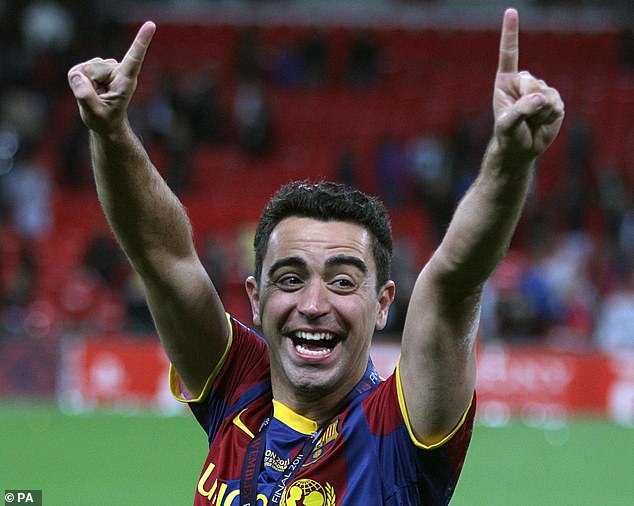 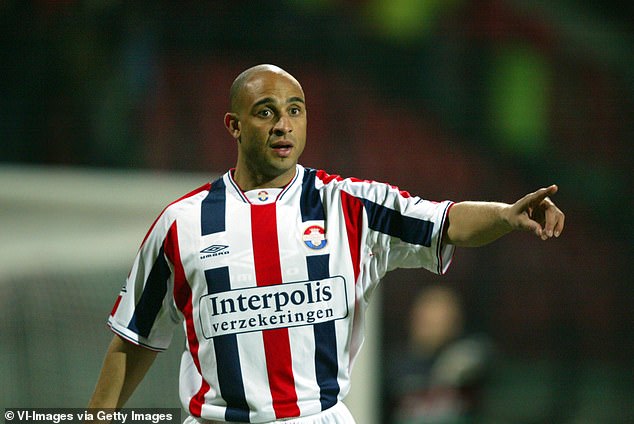 Xavi’s father Regillio Simons, pictured in 2003, played in Eredivisie in his professional career

HOW DID HE END UP AT PSG?

After impressing at the prestigious LaLiga Promises tournament Chelsea monitored the development of Simons closely.

The youngster has always shown a good understanding of the game and first came onto the Blues’ radar in 2014 but nothing materialised and he stayed put at the Nou Camp.

‘Xavi’s development is the most important thing. We want him in the right surroundings,’ his father told Sportsmail in 2016. ‘Even if we need to move, it is the development that’s important. Not the money. 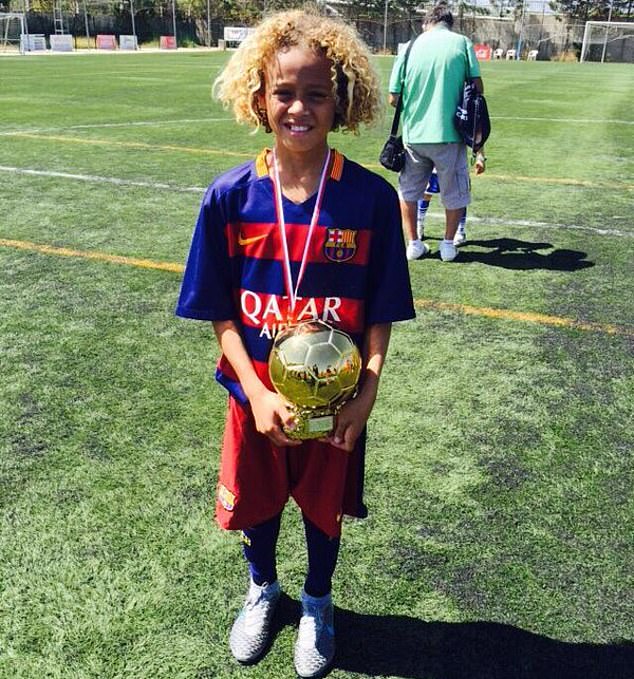 ‘We have spoken to Chelsea and you know it’s going to be good money at Chelsea.

‘Agents approach me to say they are working for English clubs or Spanish clubs. It can’t touch me. I’m not someone who will be starry-eyed.

‘Barcelona is already a big club and it brings him some kind of pressure and he is handling it well. That’s good for me.’ 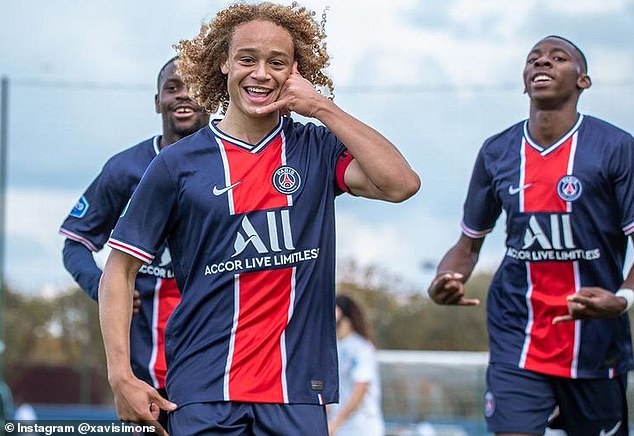 But after nine years in Spain, PSG poached him from Barcelona two years ago. He was only 16 when Barca put what they thought was an attractive offer on the table.

The proposed deal would have seen him earn £179,000 in his first season with bonuses if he made the breakthrough into the Barcelona B team. He would have experienced pre-season with the Under 19s and then played for the club’s U18s side.

Simons, represented by super agent Mino Raiola – who has the likes of Manchester United’s Paul Pogba and Borussia Dortmund striker Erling Haaland in his stable – made the decision to join PSG. The offer was believed to be double the one supplied by Barcelona. 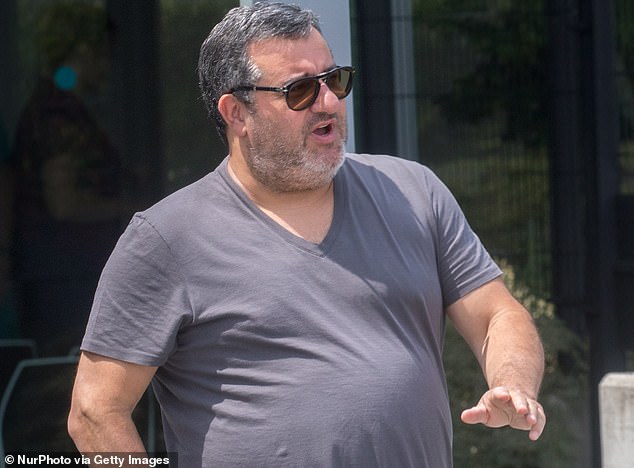 WHAT’S HIS STYLE OF PLAY?

At just 5ft 5in Simons, who claimed the Youth Ballon d’Or a staggering four times, like his namesake Xavi has a low centre of gravity with outstanding close control and touch.

He is a diminutive central midfield player, not afraid to get on the ball or get stuck in when needed.

On his senior debut this week he went in search of the ball in the middle of the park and hurried and hassled the opposition. At times, he was over eager, showing inexperience at that level but that enthusiasm can be harnessed in the right way given time. 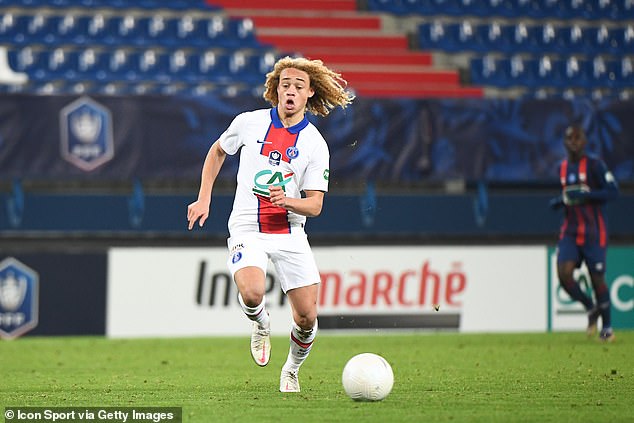 Simons is a diminutive central midfield player, not afraid to get on the ball or get stuck in

He has always had an intelligent football head on his shoulders, with the game in his blood, and there’s no doubt that working at one of the best youth setups in the world has helped his progression.

Like Xavi and Iniesta, Simons understands his role in central areas and knows he’s the creator rather than finisher.

‘I prefer to assist than to score. For me, assists are the most important,’ he said in an interview with freestyler Soufiane Touzani in 2017.

‘When I score, I am happy, but if a team-mate scores I am also happy. So I prefer to assist because it’s good for the team.’

WHAT HAS BEEN SAID ABOUT HIM?

‘When I look as a coach I think he has a lot of quality and if I listen to what people are saying to me he’s got the extra quality that makes him a special talent. 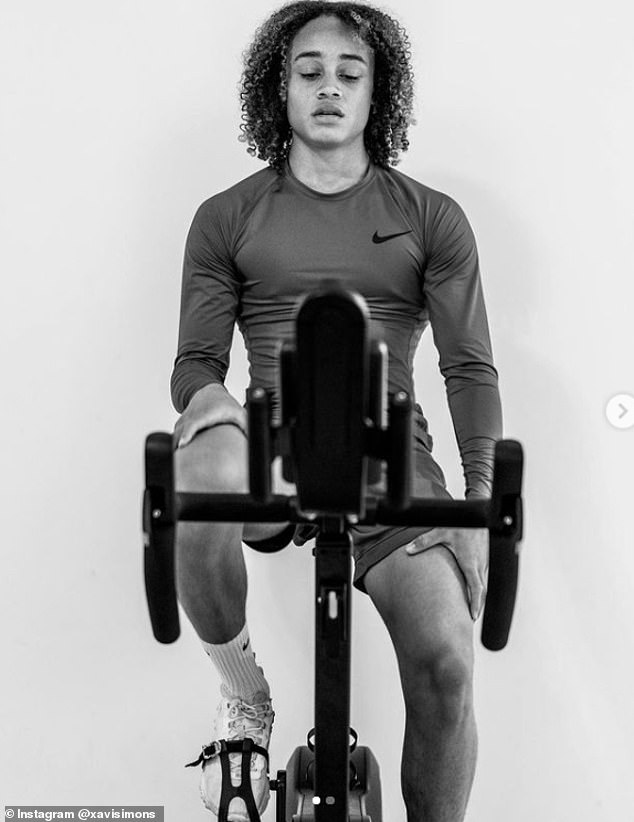 A personal trainer working with Simons in France, Jonathan Mengeli, told 90min: ‘I will not hide, it is a very big promise. He has talent, he has everything to evolve at the highest level.

‘If PSG signed him, it is because they expect to see him in the main group. I think what was missing was a little more physical.

‘In Spain, we have a completely different game. In France, there is more physical impact. You need to be strong enough to compete and succeed in Ligue 1.

‘The goal is for him to make his French Premier League debut next season.’

P.S. Despite his tender age, Xavi Simons has 3million Instagram followers and already has his own trademark celebration where he puts his hand to ear with his thumb at the top and little finger at the bottom to resemble a telephone.