Chinese President Xi Jinping delivered an admonition to President Donald Trump as the two sat down for high-stakes talks in Osaka, telling his counterpart that ‘cooperation’ was better than ‘confrontation.’

‘Cooperation and dialogue are better than friction and confrontation,’ the Chinese leader said at the top of a bilateral meeting Saturday in Osaka, acknowledging the escalating tit-for-tat on trade that has rattled financial markets.

‘China [and] United States both benefit from cooperation and lose in a conformation,’ Xi told him.

The Chinese leader opened his carefully scripted comments by bringing up the ‘Ping Pong Diplomacy’ of 1971 that helped open the door to the historic reestablishment of U.S.-Chinese relations in 1979.

‘The small ball played a big role in moving world events,’ Xi said through a translator.

U.S. President Donald Trump poses for a photo with China’s President Xi Jinping before their bilateral meeting during the G20 leaders summit in Osaka, Japan, June 29, 2019

But he quickly to move on to his primary message that the two nations should find a way to end a trade war that China considers counter-productive – but that has also slowed its economy.

Trump responded to Xi with his own comments that referenced Chinese anti-competitive trade practices. ‘We want to do something that will even it up with respect with trade,’ Trump said.

Trump referenced trade talks that broke off months ago, when he said on previous occasions China backed away from commitments it had made. He only alluded to that hold-up in his brief remarks before the global media. 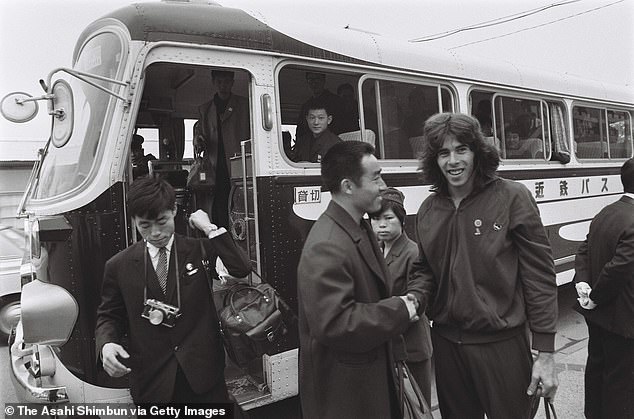 Xi Jinping invoked the ‘Ping Pong Diplomacy’ that took place in Nagoya, Japan. Here American player Glenn Cowan (R) shakes hands with Chinese player Zhuang Zedong after getting off a bus for Chinese players as he missed a bus for the United States on arrival at Aichi Prefecture Gymnasium during the 31st World Table Tennis Championships on April 4, 1971 in Nagoya 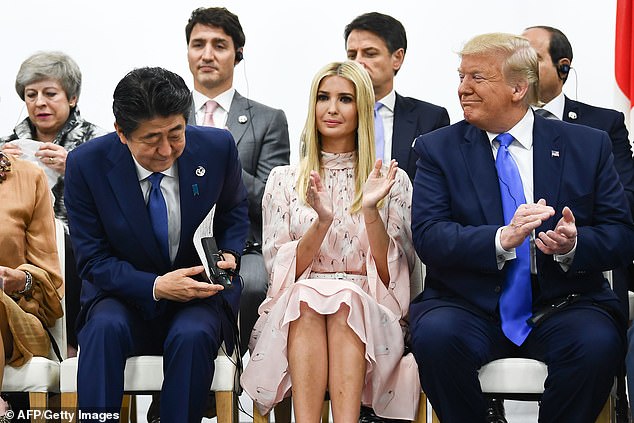 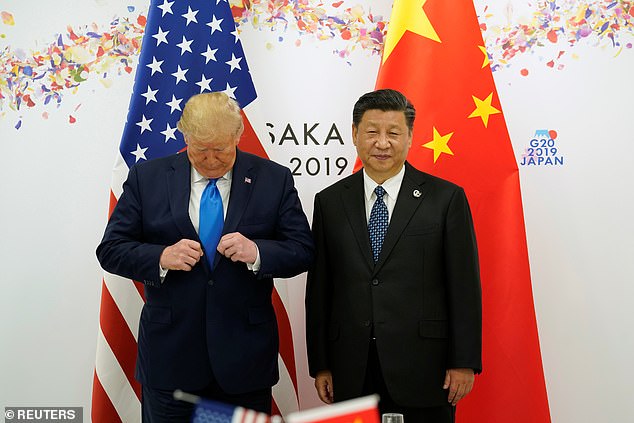 U.S. President Donald Trump and China’s President Xi Jinping pose for a photo ahead of their bilateral meeting during the G20 leaders summit in Osaka, Japan, June 29, 2019 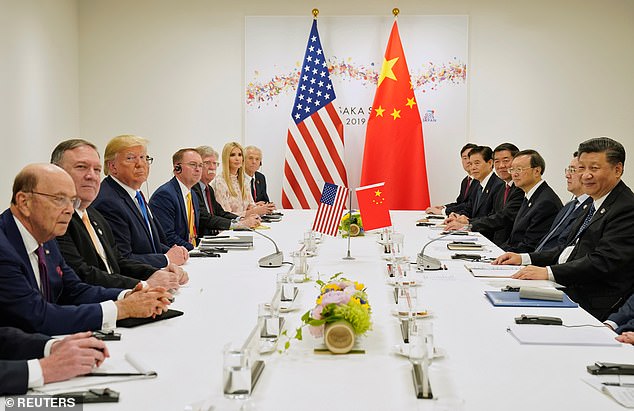 ‘I actually think that we were very close, but something happened where it slipped. It would be historic if we could do a fair trade deal. We are totally open to it,’ Trump said.

Trump resisted the temptation to answer press questions amid the high stakes, not tipping his hand further and telling the media ‘thank you.’

In contrast to his glad-handing with Russian President Vladimir Putin Friday – where he smiled as he told Russia not to interfere in U.S. elections – Trump kept a serious expression on his face as he was photographed with Xi.

However as he often does, Trump expressed his admiration for Chinese culture and Xi – with references to his own personal experiences.

‘We have had a lot of time together and we’ve become friends,’ Trump said.

Trump focused some of his remarks on his own experiences. ‘My trip to Beijing with my family has been one of the most incredible of my life,’ Trump said. ‘I’ve seen a culture that rarely would you see,’ he said, adding: ‘Chinese culture is an incredible culture.’ 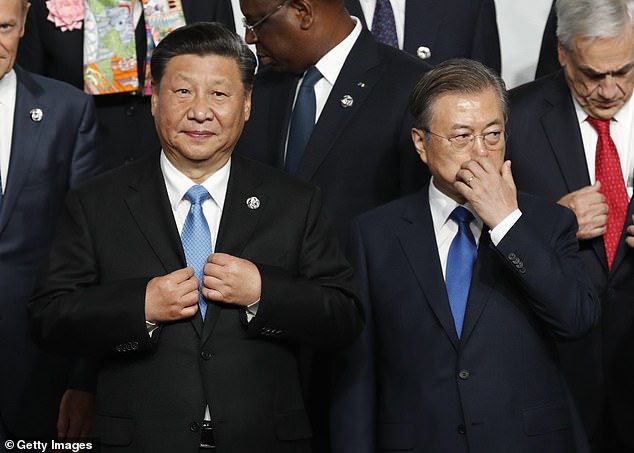 ‘We’ve had a excellent relationship, but we want to do something that will even it up with respect with trade. I think it’s something that’s actually very easy to do,’ Trump said.

The two leaders met as Trump is threatening to impose $300 in additional tariffs amid the escalating trade war.

Trump said before the meeting: ‘At a minimum, it’ll be productive. We’ll see what happens tomorrow. It’ll be a very exciting day I’m sure. It’s going to come out hopefully well for both countries.’

Earlier he met with the crown prince of Saudi Arabia, and announced on Twitter he will visit the DMZ on a trip to South Korea.

Trump even said he may meet with North Korean dictator Kim Jong-un for ‘two minutes’ to shake hands – provided he is in his home country and wants to meet.