A Bondi cafe at the centre of a racism row have refused to confirm whether they sacked a manager who caused outrage by firing a black barista.

Ayo Lana, who came to Australia from the UK, said he was working at XS Espresso Cafe in Bondi, in Sydney’s east on Thursday when the manager told him he no longer had a job.

In a video uploaded to his Instagram, Mr Lana claimed the manager said the locals were ‘a bit racist’ and preferred to be served by the other barista ‘who’s a white guy.’

Despite issuing a grovelling apology for the incident, the cafe still would not confirm what action had been taken against the manager involved.

When responding to dozens of questions about the manager’s employment status, the business released a statement claiming to ‘understand everyone’s frustrations and concerns.

‘The individual who was involved will experience appropriate consequences and their fate at the company is yet to be determined,’ the company said. Cafe pictured

‘We want to emphasise that we cannot disclose any further information about this employee due to legalities,’ a spokesman said.

‘We have never tolerated discrimination, and the individual has been subject to consequences accordingly.’

Daily Mail Australia has attempted to contact the cafe to clarify whether or not the manager is still employed.

In spite of the public outrage over the incident, Mr Lana said he hasn’t been able to share in the public’s anger.

‘I wish I could be angry but for some reason, I can’t find that switch to be able to turn it on,’ he said, while acknowledging he was ‘shocked’ at the public reception.

‘I’m moving on and I’m happy to put a pin in it, to move on and to not waste any more time on this situation,’ he said.

‘I am surprisingly not sad or angry, but more so pleased and proud of the response shown, that gives me faith in the world in these current times.’

In the now viral video, Mr Lana said the manager pulled him aside and claimed the cafe had received ‘complaints’ about his coffee, before admitting it was really about his race. 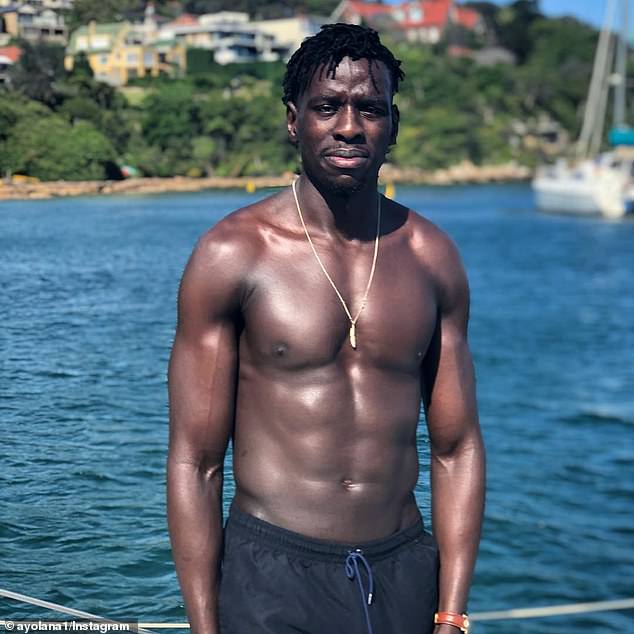 Mr Lana said that was ‘a bit of a shame,’ which the manager responded with the locals of Bondi ‘like their coffee a certain way’ 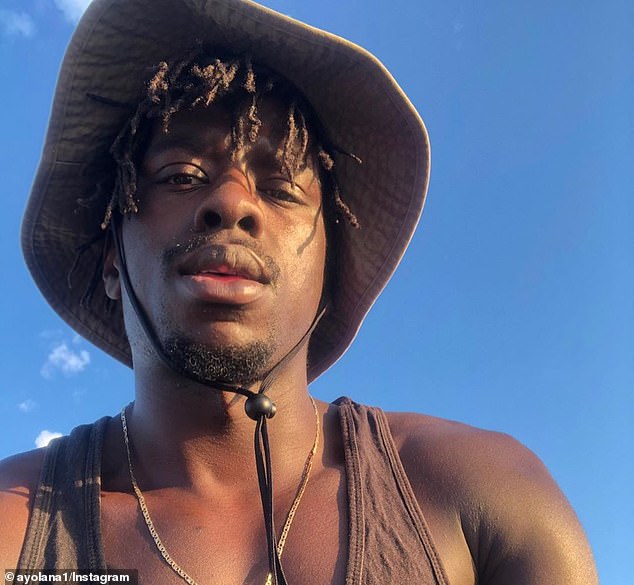 Ayo Lana (pictured), who came to Australia from the UK, said he was working at the XS Espresso Cafe in Bondi, Sydney on Thursday when the manager told him he was fired

‘I’m like oh that’s very surprising because I’ve only had good things… I’ve only got compliments about it,’ Mr Lana said in his video.

‘Then he goes, well you know how Bondi, the locals, they’re a bit racist.

‘He’s like yeah they like their coffee made by the people that are there already, by the barista that’s already there, who’s a white guy.

Mr Lana said that was ‘a bit of a shame,’ and the manager simply said Bondi locals ‘like their coffee a certain way.’

The cafe has apologised both publicly and privately for the actions of the manager, but customers claim more needs to be done.

‘Did you fire him or not?’ one person asked, while another seemingly confirmed the manager was still employed. 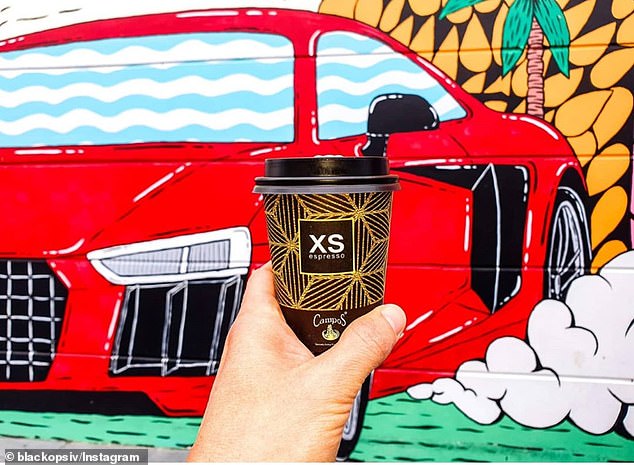 The cafe is well known around Bondi, but many costumers have vowed to boycott the brand 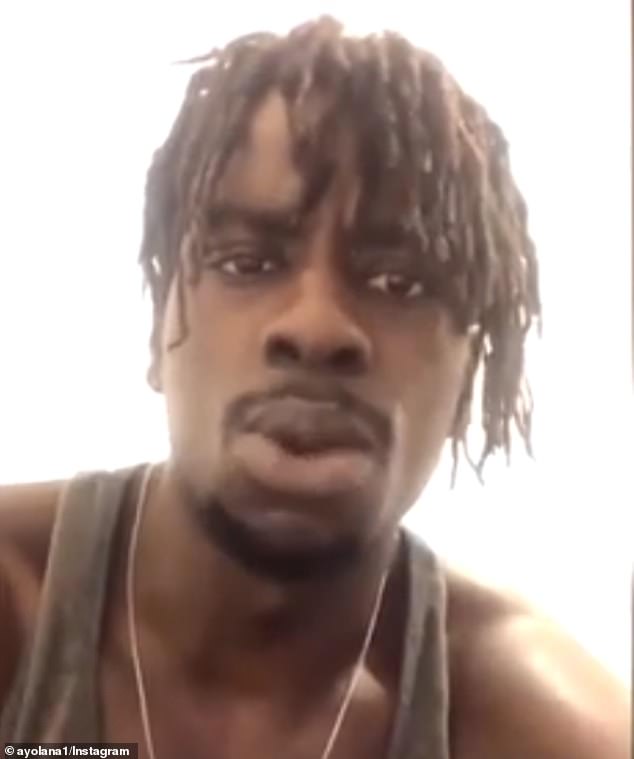 In a video uploaded to his Instagram, Mr Lana said the manager believed the locals were ‘a bit racist’ and said he had to be let go because they preferred to be served by someone ‘who’s a white guy’

‘Fire the manager. I know you haven’t because my friend works there. So why haven’t you?’

‘How many more apologies are you going to write until this employee’s contract is terminated?’

Others described the apology as ‘half-assed’ and said it simply wasn’t good enough.

The cafe promised to update Mr Lana on any corrective action taken.

XS Espresso Cafe released a statement on their Facebook page which was accompanied by a picture with text that read: ‘As a brand, we stand in solidarity against systemic racism.’

‘We were deeply saddened to learn of an incident that took place at our Bondi location yesterday,’ the statement said.

‘When we were made aware of the incident, our foremost concern was towards the gentleman who had been mistreated by a manager at our Bondi location.

‘We are terribly remorseful for the treatment he received.’ 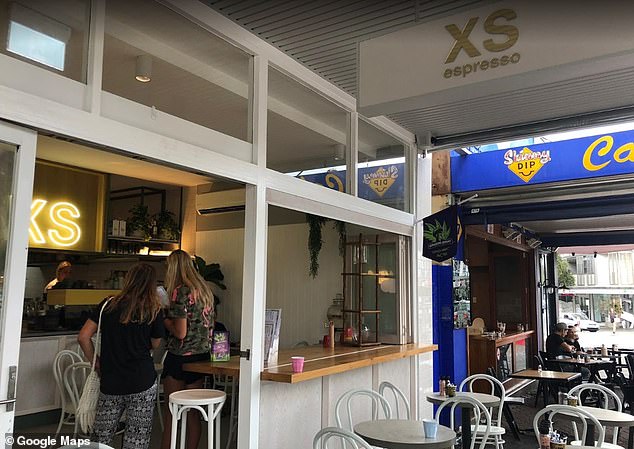 After Mr Lana released the video, he was contacted by the cafe’s founder who apologised for the incident 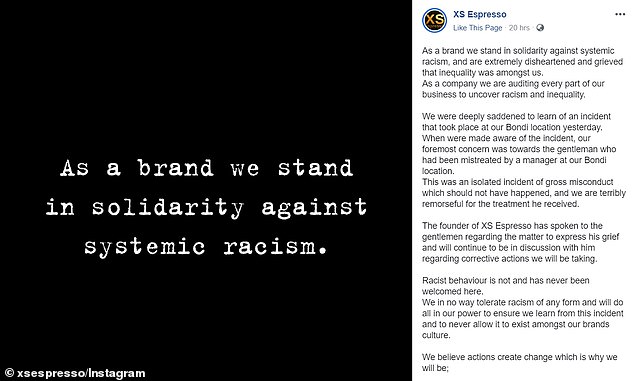 XS Espresso Cafe released a statement on their Facebook page which was accompanied by a picture with text that read: ‘As a brand, we stand in solidarity against systemic racism’

The cafe said it was an ‘isolated incident’ and racist behaviour has never been welcomed at any of their establishments.

‘We in no way tolerate racism of any form and will do all in our power to ensure we learn from this incident and to never allow it to exist amongst our brand’s culture.’

They said the cafe will re-educate their staff on anti-discrimination and will revise their policies to ensure the discrimination would never happen again.

‘The individual who was involved will experience appropriate consequences and their fate at the company is yet to be determined,’ the company said.

‘We want to apologise for what occurred yesterday; To Ayo especially, to those who have experienced racism and to anyone who has messaged us with concerns.’

The cafe said they ‘hold ourselves accountable’ and are determined to create an inclusive and safe environment for all of their staff and customers.

Daily Mail Australia has made several attempts to contact XS Espresso Cafe in Bondi by phone and email but have yet to receive a response. 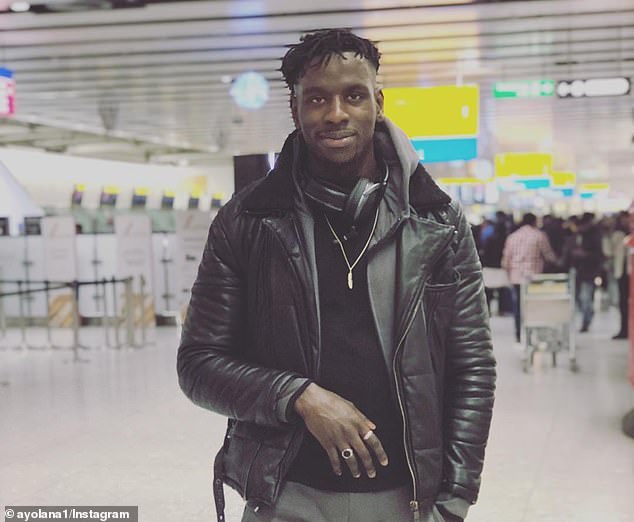