Douglas Innes, 43, outside Winchester Crown Court today where he faces charges of manslaughter by gross negligence

A yacht firm boss is accused of manslaughter after he allegedly ignored an urgent email from crewmen hours before they drowned in the Atlantic.

Douglas Innes, 43, has been charged with four counts of manslaughter by gross negligence after four men drowned 1,000 miles off the coast of the US.

The Cheeki Rafiki lost its keel as the sailors were returning the 40ft yacht from Antigua to the UK in May 2014.

Skipper Andrew Bridge, 22, from Farnham in Surrey, James Male, 22, from Southampton, Steve Warren, 52, and Paul Goslin, 56, both from Somerset, were all lost at sea.

Innes, 43, director of Stormforce Coaching Limited, was in a pub when he received an email marked ‘Urgent’ from the yacht on the evening of May 15, saying that it was taking on water.

However, he allegedly carried on drinking and did not immediately alert the coastguard, a re-trial at Winchester Crown Court was told.

Nigel Lickley QC, prosecuting, told the jury that the yacht, named after a character in The Lion King, had an undetected fault with bolts holding the three-tonne keel to the hull which then failed, causing it to fall off during the bad weather on the voyage. 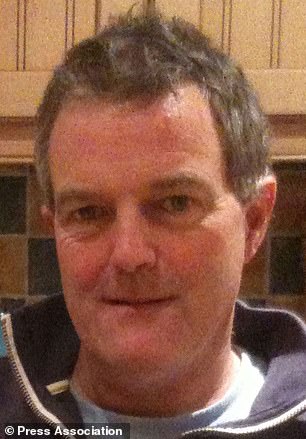 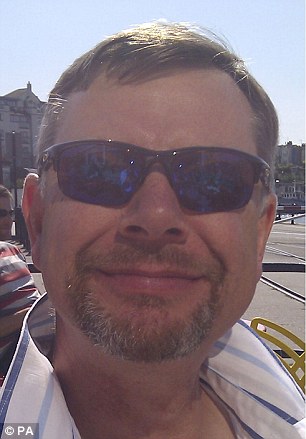 Paul Goslin (left), 56, and Steve Warren (right), 52, were killed when the Cheeki Rafiki yacht capsized in the Atlantic 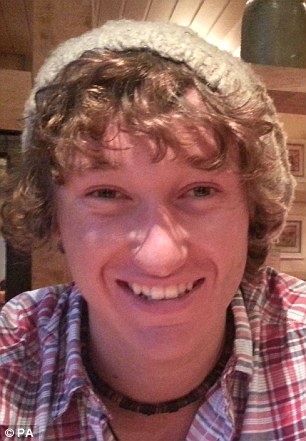 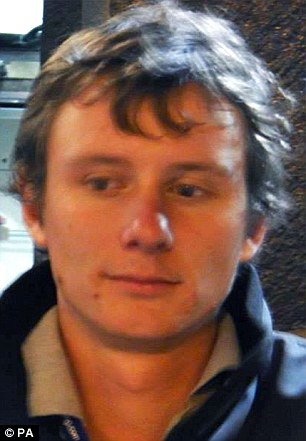 James Male (left) and Andrew Bridge (right), both 22, were the other two members drowned when the yacht capsized in May 2014

Mr Lickley said Innes replied to the email, telling the crew to make sure the life raft was ready to abandon ship.

He continued: ‘Despite that and what was happening at sea, he didn’t call the UK Coastguard to alert them of the situation at that time, but he went to another pub nearer to his home and carried on drinking.’

Mr Lickley said that after talking to the crew, Innes then did go home and call the UK Coastguard but ‘he didn’t report any urgency, he said the pumps were coping’.

Mr Lickley said Innes then sent an email to the yacht telling the crew to ‘pull the interior apart’ to find the source of the leak and suggested looking at the keel bolts.

The Cheeki Rafiki, which capsized in the North Atlantic killing four crew members

He continued: ‘That would reflect the actual cause of the tragedy and the keel bolts had failed causing the keel to detach from the hull.’

Mr Lickley said the yacht, which had grounded on two earlier occasions, had been unsafe and unsound because Innes had neglected it for several years by not maintaining it or having it inspected.

He added that Innes had chosen an unsafe route for the journey.

Mr Lickley said that Innes, of Whitworth Crescent, Southampton, Hampshire, had a ‘duty of care’ to the four men and ‘not to put cost over their safety’.