New York Yankees manager Joe Girardi will not be returning for an 11th season with the club, it was announced Thursday.

The decision appears to be the work of the Yankees and general manager Brian Cashman rather than Girardi himself. The pair had been meeting for days following the Yankees’ loss the Houston Astros in the seven-game American League Championship Series.

‘With a heavy heart, I come to you because the Yankees have decided not to bring me back,’ Girardi said in a statement given to WFAN. ‘I’d like to thank the Steinbrenner family for believing in me and giving me this wonderful opportunity.’

Girardi’s four-year, $16-million contract was set to expire this month. And although he helped guide the Yankees to the ALCS in 2017, not to mention a World Series victory in 2009, the former journeyman catcher was ultimately not re-signed.

The Peoria, Illinois native managed the Yankees to the postseason in six of his 10 seasons at the helm. New York had a winning record in each season under Girardi.

A former Yankees catcher who won three titles in New York as a player, Girardi began managing the Yankees in 2008 and has compiled a 910-710 record ever since. He also managed the Florida Marlins in 2006.

‘I want to thank Joe for his 10 years of hard work and service to this organization,’ Cashman said in a statement. ‘Everything this organization does is done with careful and thorough consideration, and we’ve decided to pursue alternatives for the managerial position. 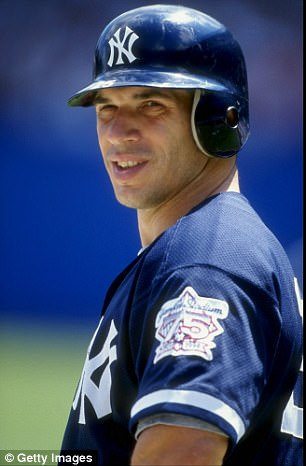 ‘As [principal owner] Hal Steinbrenner and I mentioned to Joe directly this week, he has been a tremendous Yankee on the field and away from it, as a player, coach and manager,’ the statement continued. ‘He has a tireless work ethic, and put his heart into every game he managed over the last decade. He should take great pride in our accomplishments during his tenure, and I wish Joe and his family nothing but success and happiness in the future.’

Girardi had been criticized for deciding against challenging a controversial play in Game 2 of the American League Divisional Series against the Cleveland Indians. But even though the Yankees lost the game, they won the final three of the series to advance to the ALCS.

Oddly enough, Girardi is actually the third manager to lose his job in 2017 after guiding his team to the postseason. The other two were the Washington Nationals’ Dusty Baker and the Boston Red Sox’ John Farrell.

The Yankees are behind several other franchises in the search for 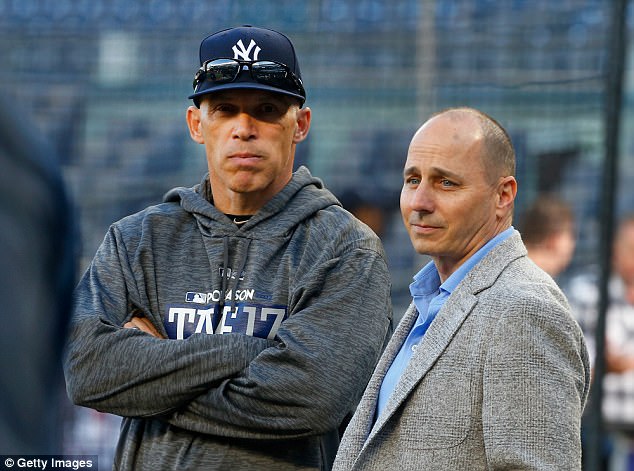