The year-long squeeze on family finances has finally ended as wages rise faster than prices, official figures showed on Tuesday.

In a boost to millions of workers, the Office for National Statistics said average pay was 2.8 per cent higher in the three months to February than it was a year earlier.

It was the strongest wage growth seen since the summer of 2015 and meant pay was rising faster than inflation for the first time since early last year. Inflation fell to 2.7 per cent in February.

Analysts said the strong figures from the ONS paved the way for the Bank of England to raise interest rates for only a second time in more than a decade as early as next month.

With the pound also performing strongly, the ONS report made a mockery of doom-laden warnings by the architects of Project Fear that a Brexit vote would crash the economy and cost hundreds of thousands of jobs. 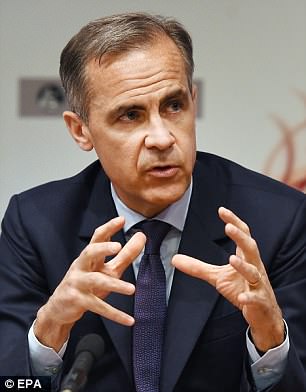 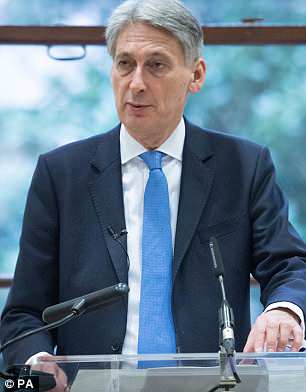 The ONS said unemployment fell to 4.2 per cent in the three months to February, the lowest level since 1975 and less than half the 8.5 per cent jobless rate in the eurozone.

Storm clouds are gathering over the German economy amid fears the eurozone’s industrial powerhouse is lurching towards recession.

There is now a one in three chance Germany will suffer a slump in the coming months, according to a report by a leading think-tank.

A separate report by another influential German research group showed morale among the country’s investors has fallen to its lowest level for more than five years.

Confidence has been hit by a sharp fall in industrial production, ructions on financial markets and the prospect of a trade war between the US and China.

Work and Pensions Secretary Esther McVey said: ‘Another milestone for employment has been reached under this Government.

‘On average, over 1,000 people have moved into work every day since 2010, and credit has to be given to the businesses who have created those jobs and the individuals who are taking those opportunities.

‘Day by day we are helping people turn their lives round by getting into employment. Jobs are key to transforming lives and work is the best route out of poverty.’

Pay in the private sector is up 3 per cent, the biggest increase for two years, while public sector wages were 2.5 per cent higher than a year ago, the largest rise since 2012.

The figures could be enough to persuade the Bank of England to raise interest rates next month to 0.75 per cent.

Ruth Gregory, UK economist at Capital Economics, said the figures ‘provide us with optimism that sustained rises in real wages are now in prospect and should seal the deal on another interest rate hike in May’.

The prospect of higher interest rates has boosted the pound in recent weeks.

It hit $1.4376 yesterday, its highest level against the dollar since the Brexit vote, with analysts predicting it will rise to $1.50.

They are also predicting a rise against the euro from the current level of below €1.16 to €1.20.

The International Monetary Fund was forced to upgrade its forecasts for Brexit Britain again yesterday as the economy continued to defy its doom-laden predictions.

The Washington-based watchdog said it expects the UK economy to grow by 1.6 per cent this year – up from the 1.5 per cent it forecast in January.

And it said that while the UK will lag behind other major nations for the next two years, by 2023 Britain will be growing faster than Germany – assuming trade negotiations continue smoothly.

Maurice Obstfeld, the IMF’s top economist, said: ‘Things do not look so bad longer term for the British economy.’