The fortnightly opinion poll shows backing for redefining the Marriage Act has dropped from 63 per cent in August to 57 per cent now, with a majority of conservative voters opposed to change.

The slide in support for same-sex marriage occurred as voters received unsolicited text messages from the ‘Yes’ campaign and female protesters stormed the Coalition for Marriage’s Melbourne ‘No’ case launch on Saturday. 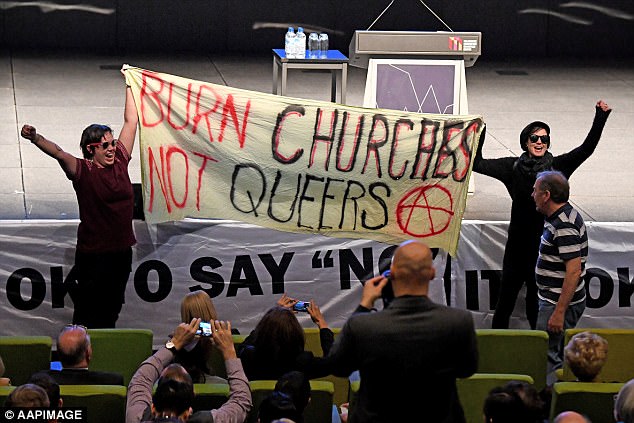 The drop in support has also coincided with former Liberal prime minister John Howard sounding a warning about religious freedom and Tony Abbott allegedly being headbutted in Hobart.

The proportion of voters opposed to same-sex marriage has risen from 30 per cent to 34 per cent, The Australian reported.

Liberal and National Party support for gay marriage has dropped even more sharply, from 55 per cent to 47 per cent as the Australian Bureau of Statistics mailed out households their ballots.

Labor voters are also less inclined to back homosexual matrimony, with support falling from 75 per cent to 70 per cent. 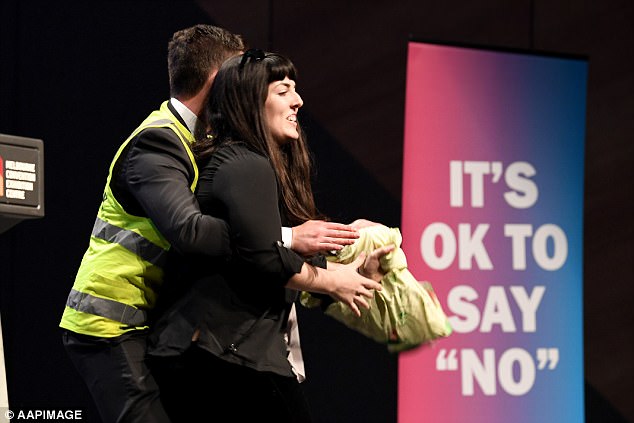 ‘One of the things that’s most irritating about this are the people who are getting their goat up about the SMS messages coming out urging a ‘yes’ vote,’ she told the ABC’s Insiders program on Sunday. ‘It’s ridiculous.’

One Nation support for change has also plunged, from 50 per cent to 35 per cent, after Pauline Hanson slammed the $122 million voluntary postal vote survey, arguing it should have been held during the next election. 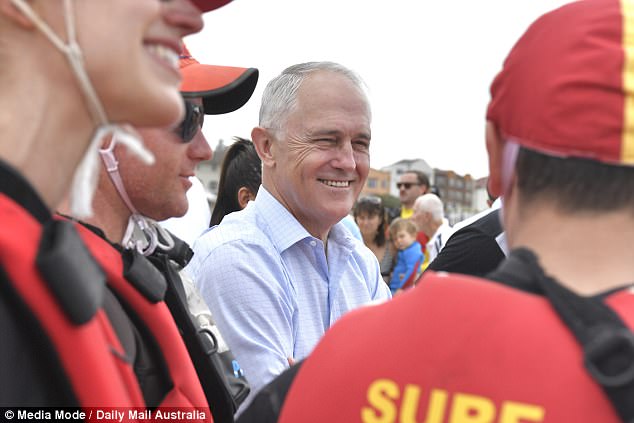 Prime Minister Malcolm Turnbull, who orchestrated the vote to keep the Liberal Party’s right faction on side, is also unpopular with voters, with his government losing its 20th consecutive Newspoll.

The Coalition trails Labor 46 to 54 per cent, after preferences, losing one percentage point since the last Newspoll in early September.

Labor’s primary vote was unchanged at 38 per cent compared with the Coalition’s 36 per cent support.

The Greens had nine per cent support compared with eight per cent for One Nation.

Voters have until November 7 to post back their ballots with a result expected to be declared by mid-November.