Jean Trott received 30 stitches in her arms and foot after a glass door exploded in her Hyatt Regency hotel room while she was getting out of the shower.

‘It was very loud. It was an instantaneous boom,’ Trott told Eyewitness News.

The North Carolina woman was on a yoga retreat in Newport Beach, California, when she heard the ‘boom’ that sent that sent shards of glass flying into her skin.

Jean Trott was on a yoga retreat in Newport Beach, California staying in the the Hyatt Regency John Wayne Airport 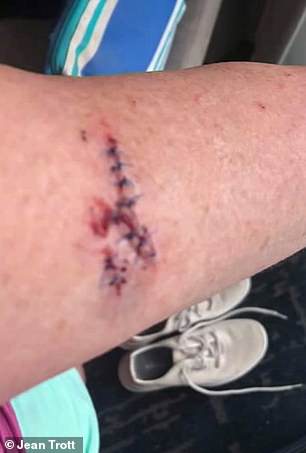 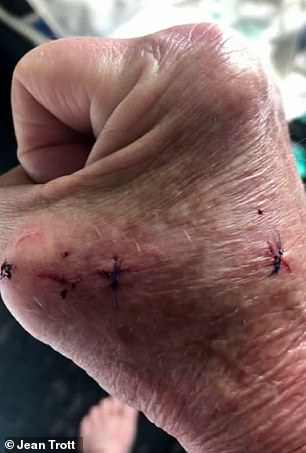 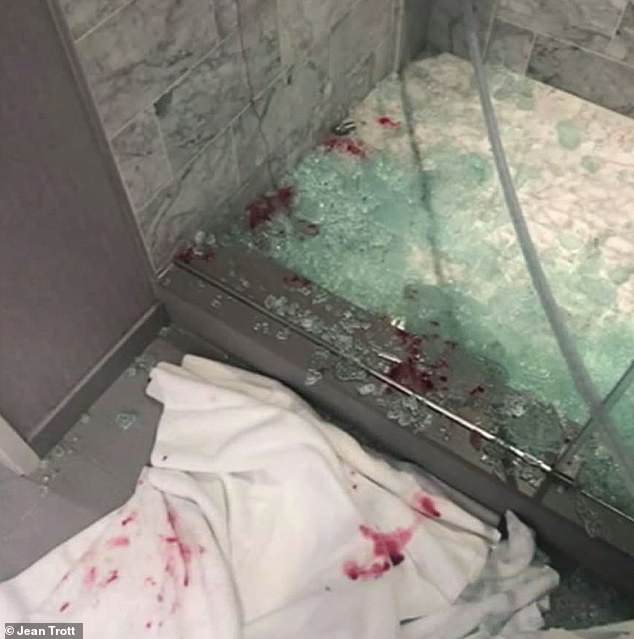 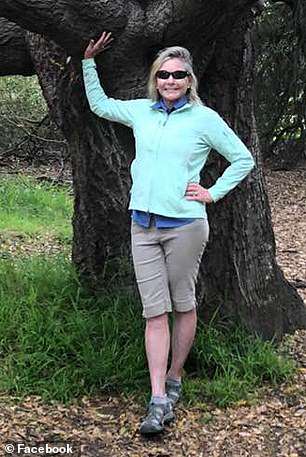 ‘I was bleeding pretty profusely and so I’m thinking, ”I have to get to the hospital quickly,”’ Trott said.

She said it took medics several hours to remove each shard of glass that was lodged in her skin.

She added that her future in yoga is unknown as she fears possible nerve damage to her foot.

The Hyatt Regency John Wayne Airport hotel staff immediately changed her room and regularly checked in on Trott, she said.

‘They were shocked, they had no idea something like this could happen,’ Trott said.

The hotel general manager said in a statement that they have contacted the shower door manufacture and are ‘conducting a thorough investigation on the product in all of our guestrooms, in an effort to determine the cause and prevent another incident from occurring in the future.’

However, shattering glass shower doors may be more common than expected.

According to the U.S. Consumer Product Safety Commission, between 2012 and 2016, 2,300 people were sent to the emergency room due to shattering glass shower doors. 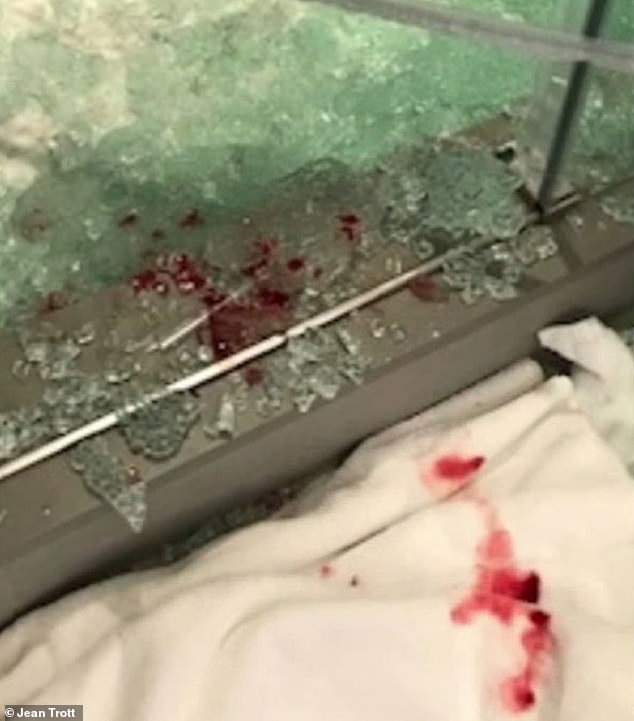 The safety commission said in a statement: ‘The spontaneous breakage can be caused by scratches, installation error or other factors because the surface of tempered glass is under pressure.’

The hotel will continue to investigate what caused the glass to shatter in Trott’s case.

‘It can still explode but that will retain the glass and hold it together,’ she told Eyewitness News. 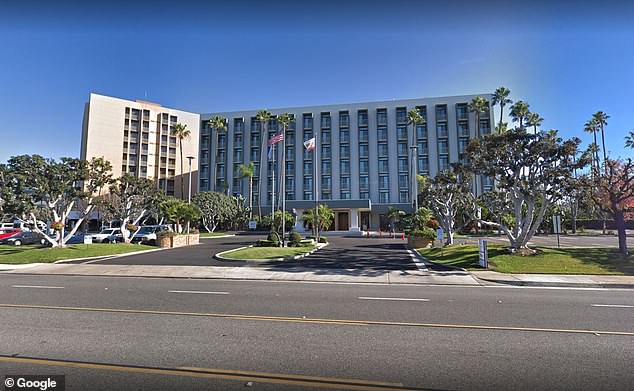