Batter me up! Yorkshire pudding addict vows to eat 600 puds over Christmas and will even serve them with ice cream

By Lucia Lamoury For Mailonline

A dad-of-two who calls himself the UK’s ‘biggest Yorkshire pudding addict’ has vowed he will eat 600 of the festive favourites over the Christmas period, adding to the 146,000 he claims to have eaten in his lifetime.

Jake Farrar, 25, from Middlesborough, devours around 20 per day – around 7,300 each year – and his hunger for the roast dinner trimming costs him £50 per month.

As the festive season approaches, Jake has vowed he will eat a month’s worth – about 600 – between Christmas Eve and Boxing Day.

However, he has one rule – they have to be Aunt Bessies.

Jake Farrar, 25, from Middlesborough, said he is the UK’s ‘biggest Yorkshire pudding addict’ and will eat 600 over Christmas

‘They always belong on a roast dinner and Christmas dinner.

‘It’s meant to be the best time of the year and how can that be so if there’s not a Yorkshire pudding in sight.

‘And for anyone who claims they are unhealthy, I’ve actually lost five stone in the past year so I beg to differ. 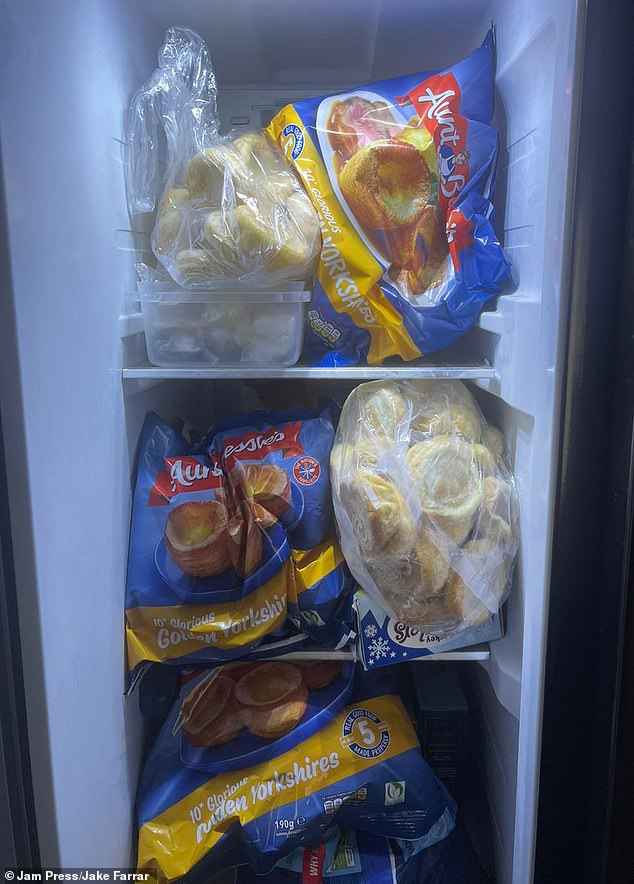 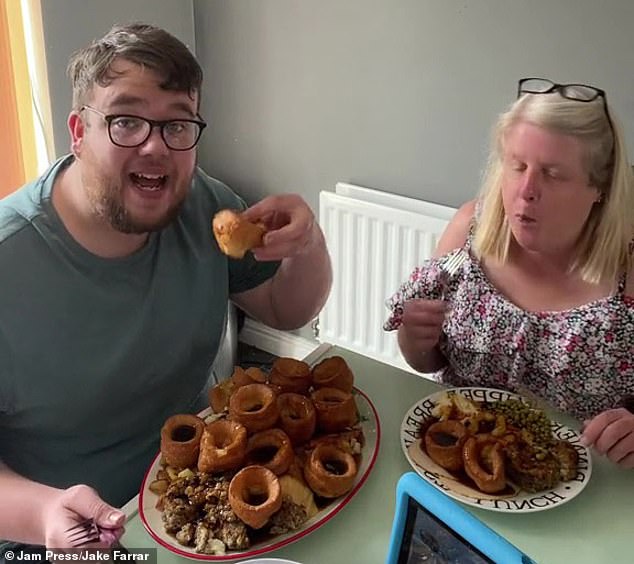 Devouring around 20 Yorkshire a day, Jake said: ‘I have been known to trade my wife some stuffing in exchange for an extra Yorkshire or two’

‘We went to two shops to try and find some yesterday but Iceland was completely sold out, we had to go somewhere else.

‘Tesco’s own are very nice as well when you can’t get the likes of Aunt Bessie’s.’

While Jake does make his own Yorkshires, Aunt Bessie’s are by far his favourite and his mother-in-law puts aside a bag for him every Christmas.

However, sometimes even that isn’t enough.

Timpson worker Jake said: ‘I have been known to trade my wife some stuffing in exchange for an extra Yorkshire or two.’ 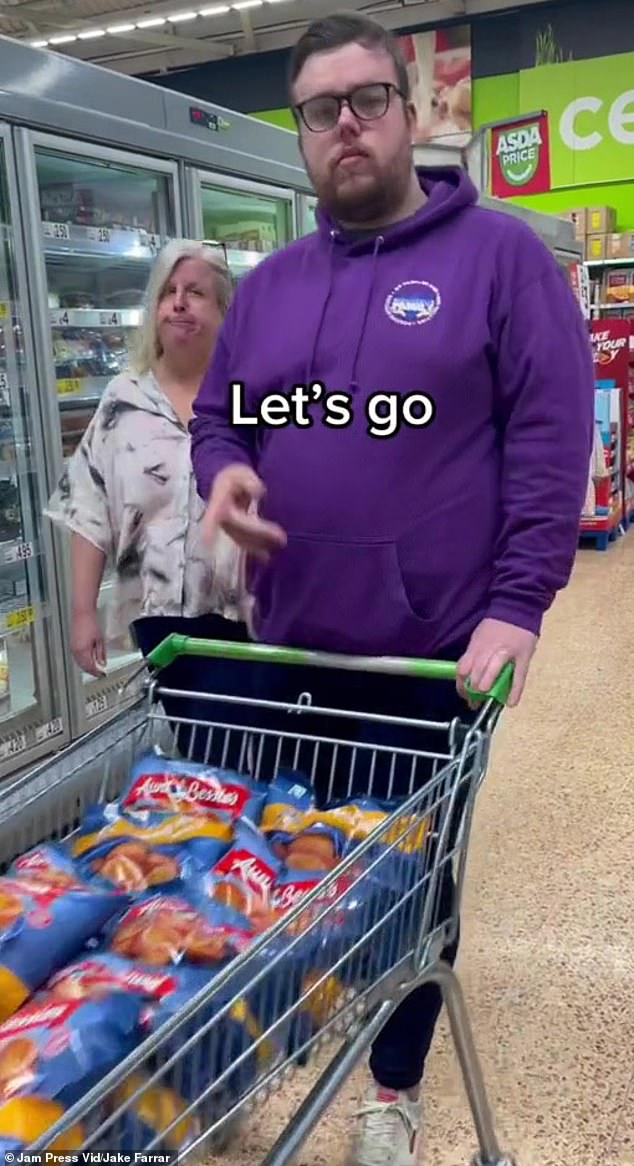 The Yorkshire pudding addiction costs Jake around £50 a month and he eats around 7,300 every year

Jake also wants to one day experience having a giant Yorkshire pud on Christmas Day.

Heat oven to 210 (ours is a fan so may need to adjust for yours). Grab two 12-hole Yorkshire pudding trays and put a small amount of oil in each hole then place in the oven to heat.

Add 120g plain flour into a bowl and beat eggs until it’s smooth.

Put straight back into the oven while still hot for 20 to 25 min or until nice and golden but do not open the door until they are done as that can stop them rising.

Remove them and serve.

He added: ‘I already take up a lot of space on my Christmas dinner with my full pack of Aunt Bessie’s but I’d love to have it all in a giant pud one day.

‘But as a little present last year I got my own gravy boat for my Yorkies!’

While the dish is traditionally served with roast meat, gravy, roast potatoes and veggies as part of a Christmas dinner, Jake says his Yorkshires are just as enjoyable with Nutella, jam and even ice cream.

He said: ‘I also like to make what I would call a festive toad in the hole, so instead of just putting sausage in and baking the toad in the hole I put pigs in blankets and stuffing wrapped in bacon and cooked it.

‘It is honestly delicious and my family like it too.’

As for other classic festive dishes, such as mince pies, Jake refuses to eat them unless they come with a Yorkshire pudding.

He said: ‘Now I don’t like mince pies anyway but I could see that having potential if you were to use the Yorkshire as a pastry case.’

Proof you CAN cook your entire Christmas dinner in an air fryer! It will save you 90 minutes and cost a pound or two less… SARAH RAINEY shows you how it’s done

Don’t be a chicken… ditch the turkey! That’s just one of the savvy tips River Cottage’s Hugh Fearnley-Whittingstall shares for a Christmas with all the trimmings that won’t cost the earth

As supermarkets add cheese to everything this Christmas . . . Anyone for an emmenthal mince pie?