You can choose to be happy: Think other people’s bad moods are your problem – or fault? Think again

Bestselling author Adele Parks used to think other people’s bad moods were her problem, or even somehow her fault. Then she had a lightbulb moment…

Ever since I was young, I’ve felt responsible for cheering people up when they’re down. I was a self-appointed comedian – constantly making jokes and doing impressions. I was a fat kid, and quickly worked out it was best to laugh at myself before anyone else could. Putting a smile on people’s faces became my ‘thing’. However, I came to find I would feel a huge sense of despondency if I couldn’t improve their mood.

I have always been especially aware of how people are feeling. As a child, I was close to my deaf great-grandmother. She couldn’t join in conversations, so I started watching her to read what she might be thinking. This practice then extended to everyone, and I began noticing what was being left unsaid. There is a way people say they are fine that means the opposite, and I can tell when people are being rude to hide their vulnerability of being shy.

Like many things in childhood, this behaviour became formulative. As a young woman I continued to let other people dictate what sort of day I’d have, because not only did I feel responsible for cheering them up if they were doleful, hostile or depressed, but that obligation solidified into a belief that I was to blame.

During my 20s I worked in advertising, where my boss was going through a divorce and was often difficult. My colleagues kept out of her way but I thought I could change her mood and started working 12-hour days to make her world better. But it didn’t matter how many reports I handed in – her husband had still had an affair. I wasn’t the problem, so I couldn’t be the solution.

If a boyfriend was being a misery on a date, I never considered that he might have had a bad day – instead, I assumed I’d done something wrong. Many evenings were ruined because I tried harder and harder to cheer up a date who was probably thinking about something else.

On some occasions, I’d even ruin my own mood to match other people’s. I remember excitedly meeting a friend when I got engaged. Before I spilt my news, she announced she was having a ‘fat day’, was unemployed and depressed. I didn’t mention the engagement. The evening was awful; we spent it talking about diets and redrafting her CV. She went home happier, but I left drained and sad that my announcement had been stolen. I wonder now whether it might have been better to say, ‘Well, I have some good news to cheer you up.’ Why did I think my mood was less valid than hers?

It was only in my 30s, when I met my now husband, that I realised I didn’t have to let others make or break my day. Jim is enviably optimistic. He’s had his share of hardships (who hasn’t?), but he never lets people get him down. I met him when I was 31 and was incredibly attracted to his positive attitude. He doesn’t feel responsible for cheering anyone up, yet he does exactly that. People love being around him because he exudes calm; he can be relied on. It’s relaxing.

Early in our relationship, following an altercation with a neighbour about a parking space, I was left feeling irritated and defeated. Jim was amazed that I was so bothered, I was amazed that he wasn’t. What was his secret?

It was a lightbulb moment. I felt like an idiot for not realising something so simple. The huge attitude shift wasn’t going to happen overnight but I was inspired to change.

I grilled Jim on what techniques I could employ to adopt his laissez-faire attitude. He told me, ‘The moment you decide you have control, you have it.’ He probably got that from some action flick, but it is true. Negative and difficult things will inevitably come my way, but I’m responsible for my reactions and wellbeing. 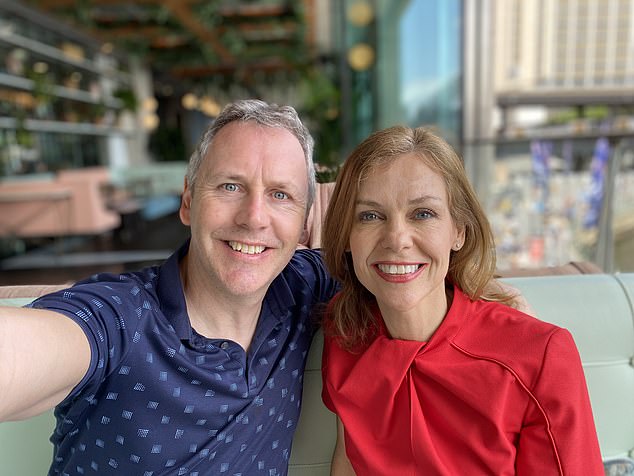 Learning to consider your reaction is key to getting through interactions like these. Psychologist Kerry Daynes, author of The Dark Side of the Mind, agrees: ‘Unfortunately, our emotions work around four times faster than our thoughts and we tend to react instinctively, rather than calmly, to what we perceive as criticism at a level just below consciousness. Defensiveness is our go-to survival mode. Choosing not to be offended by someone’s mood – to let someone drag you down – is a skill that we can all learn and benefit from, but it takes commitment to develop and maintain.’

How to reboot your mood

If I sense someone is angry, rude or confrontational and I want to limit it from affecting me, I imagine a shield around me; I don’t let their words get absorbed. Then I take a breath and ‘sieve’: are they making a valid point that I should respond to calmly?

Try to think the best of people

If there are two ways to interpret something, I believe the better one. I don’t know what’s making people feel bitter or angry – it might be something profound, but it certainly doesn’t have to be me (in fact, it’s vain to think it is!). I also remember that catching someone on a bad day doesn’t mean that’s definitively ‘how they are’. Let’s not be naive: some people are out to stir or hurt, but it doesn’t mean you should let them succeed.

Set boundaries to keep yourself happy

When it comes to friends and family, putting a time limit on the help I give stops me from feeling drained. It’s OK to have coffee with a friend and listen to their problems for half an hour, but now I don’t feel guilty if I don’t devote an entire day to solving their problems. Initiating boundaries is self-care and it means I’m more likely to be rational – and shield and sieve – when encountering people in a bad mood.

This change of attitude isn’t easy, and there have been times when I’ve found myself dwelling on an unpleasantness, real or imagined. In these situations, I remember the benefits of keeping on the right track. It’s a habit that had to be learnt, but I am much happier now that I waste less time worrying about the past and have more time and energy to focus on the future, which I can influence by being in control of my emotions.

It’s a way of thinking that has to work both ways. Now, I’m quick to apologise when I realise I’ve caused offence. I’m no saint – there are days when I might snap and snarl – but if I forgive my mistakes and I forget other people’s, I sleep better.

Grin and get over it.

Adele’s latest novel Just My Luck is published by HQ HarperCollins in ebook, audiobook and in hardback, which is priced £12.99 to Order a copy for £7.79 until 14 June, go to whsmith.co.uk and enter code YOULUCK at checkout. Book number: 9780008386139. terms and conditions: www.whsmith.co.uk/terms.