‘You can’t find a way through if you just sit on the beach!’ Boris Johnson takes early-morning swim

‘You can’t find a way through if you just sit on the beach!’ Boris Johnson takes early-morning swim round an island 200m off the Biarritz coast – and finds a hole in the rock he compares to a solution to Brexit deadlock

The Prime Minister, who swore to approach Brexit negotiations with ‘a lot of oomph’, made good his promise today with a bracing sea swim off the coast of France which he said gave him an insight into a possible UK-EU deal.

Boris Johnson threw himself into the waves of the Bay of Biscay shortly before 7am this morning.

As French police in wetsuits watched from nearby powerboats and one officer on a paddleboard kept pace alongside the British leader, Mr Johnson swam out to the Roche Ronde off the shore of Biarritz. 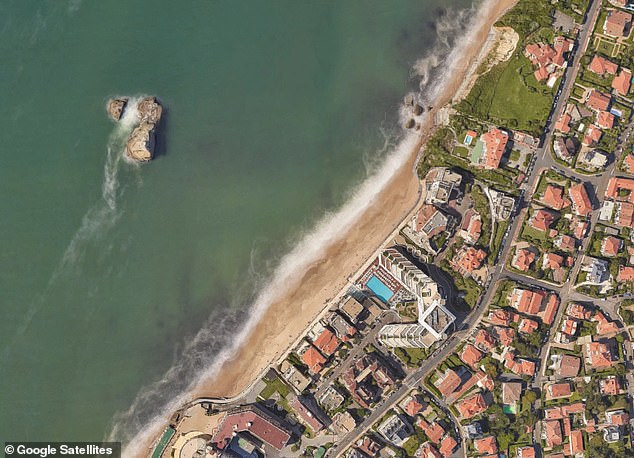 He swam around the outcrop, which lies around 200m off the beach, and back to shore accompanied for some of the swim by the UK’s ambassador to Paris Ed Llewellyn.

Mr Johnson told ITV: ‘Let me give you a metaphor. I swam round that rock this morning.

‘From here you cannot tell there is a gigantic hole in that rock. There is a way through.

‘My point to the EU is that there is a way through, but you can’t find the way through if you just sit on the beach.’ 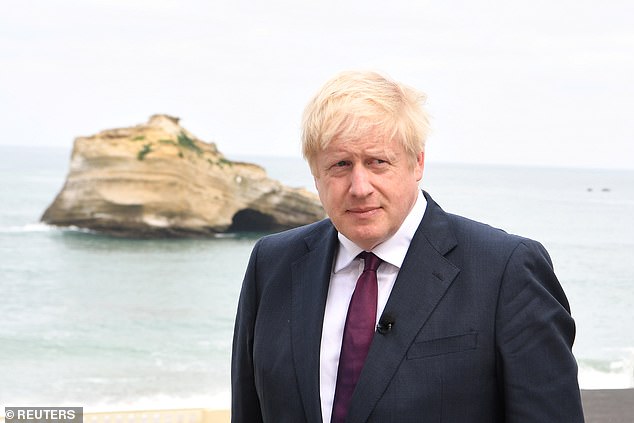 After his morning sea swim Mr Johnson lengthened his predicted odds on the UK achieving a Brexit deal from the EU, saying today that striking an agreement is now just ‘touch and go’ having recently described it No Deal as a ‘million-to-one’ chance.

He also warned EU Council President Donald Tusk that Britain will not pay all of the £39 billion Brexit divorce bill if the UK does have to leave the bloc without a deal on October 31, as the two men met for showdown talks in Biarritz.

The Prime Minister made clear to the president of the European Council that Brussels may get just £9 billion – or even as little as £7 billion – if the UK leaves the EU without an agreement at the Halloween deadline.

Speaking immediately before today’s meeting, Mr Johnson told ITV: ‘If we come out without an agreement it is certainly true that the £39 billion is no longer, strictly speaking, owed.’

Meanwhile, the PM told the BBC it was ‘touch and go’ whether the UK would leave with a deal and insisted it ‘all depends on our EU friends and partners’ as he also told Sky News that the chances of an agreement ‘are improving’.

Mr Johnson used the meeting at the G7 with Mr Tusk to try to persuade him to support a plan put forward by Angela Merkel and reluctantly backed by Emmanuel Macron to give the UK 30 days to come forward with alternatives to the Irish backstop.

He stressed the UK will leave the EU on October 31 whatever the circumstances.