‘You look like a busty Cheryl’: Rhian Sugden sends fans

She’s made a career out of flaunting her enviable figure in an array of scantily-clad ensembles.

However it’s not only Rhian Sugden, 31, buxom frame that is commanding attention amongst her social media followers but rather her uncanny likeness to popstar Cheryl, 34.

The glamour model posted an eye-popping snap with her 222,000 followers on Instagram, showcasing her ample cleavage in a mesh-panelled white crop top.

Working her caramel hued tresses into a tousled style, she accentuated her chocolate brown eyes with a soft smokey shadow that paid tribute to Cheryl’s signature beauty look.

Albeit missing the Geordie’s trademark dimples, Rhian’s sexy selfie caused her fans to comment on their facial similarities, remarking that they could be twins.

Before a follower finished: ‘You look just like Cheryl “Cole” but with massive lovely t***s lol’. 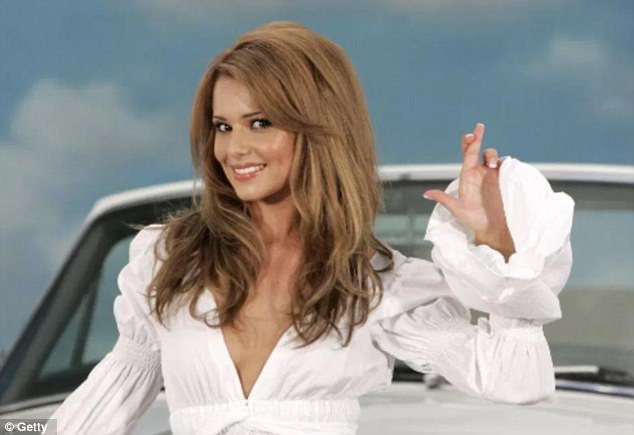 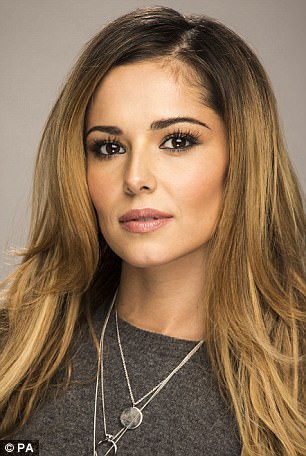 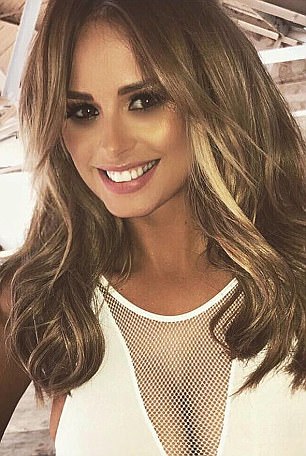 Doppleganger: Albeit missing the Geordie’s trademark dimples, Rhian’s sexy selfie caused her fans to comment on their facial similarities, remarking that they could be twins

Commenting: Fans commented under the photo about her likeness to the star

The comments comes after she flaunted her sensational figure in a very daringly-cut swimsuit for her 2018 calendar shoot,

The glamour model left fans feeling a little hot under the collar as she treated them to a first look at her latest project while clad in her barely-there attire.

Posing with her hands on her hips, Rhian oozed body confidence in the shot she shared with her social media followers on Instagram. 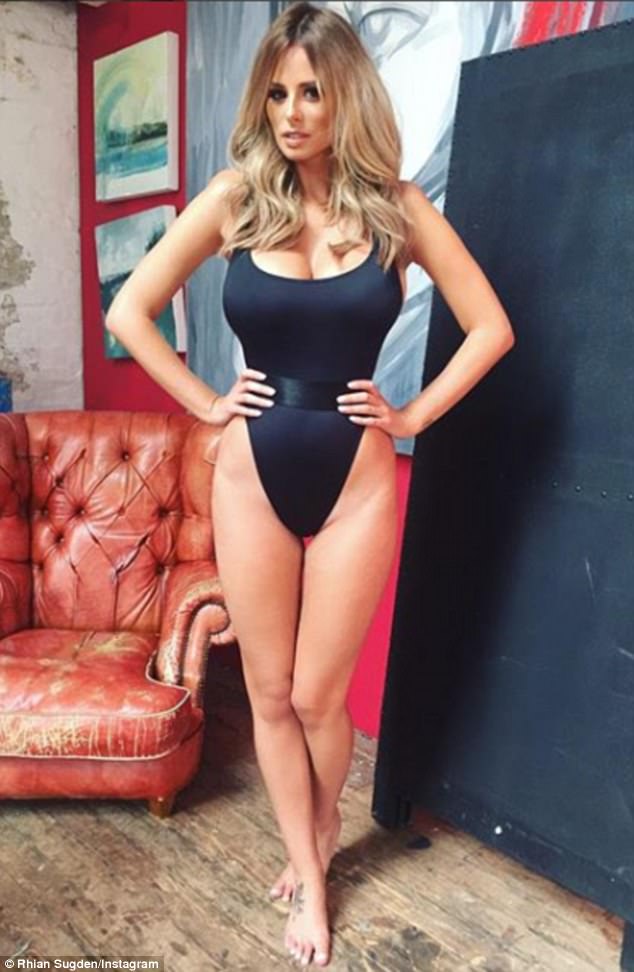 Sultry: Rhian left fans feeling hot under the collar as she teased a behind-the-scenes look at her sultry new calendar in a daringly-cut swimsuit that flaunted her busty frame

She was seen shooting a smouldering look down the lens of the camera while accentuating her more than ample assets in a plunging black swimsuit that left little to the imagination.

While it struggled to contain her buxom bust, Rhian’s swimsuit featured a thick band around the waist to accentuate her svelte frame and also boasted a risque high-rise cut at the sides that left her enviable pins firmly on view.

The beauty teamed her number with a glamorous beauty look that came complete with a smokey eye and contoured cheeks, and Rhian left her lightened tresses down to fall past her shoulders in tousled curls that had been parted in the middle. 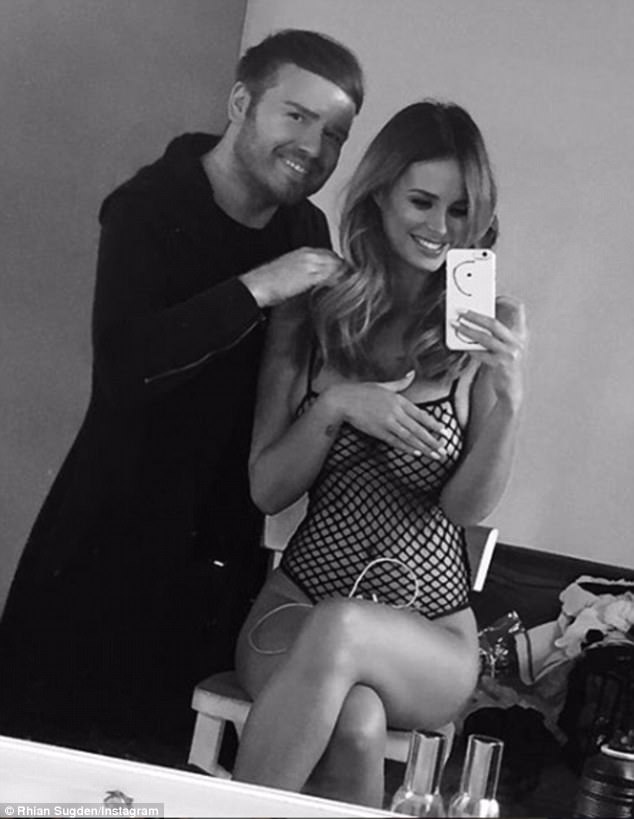 Cheeky: The glamour model then shared another shot of her donning a mesh bodysuit that bared her naked frame underneath and using her hand to protect her modesty

She teased alongside her racy snap: ‘Day done. 2018 Calendar is complete!’

And wanting to set pulses racing even further, Rhian followed up her behind-the-scenes calendar shot with another of her sporting an even racier ensemble while sat in her dressing room.

The starlet donned a revealing mesh bodysuit that teased a look at her bare frame underneath, including her incredibly toned stomach.

Placing a hand over her chest to protect her modesty, Rhian flashed a smile as she posed for a selfie in the mirror alongside celebrity make-up artist Mikey Phillips.

She was inundated with compliments from her followers, with her latest social media uploads coming after Rhian decided to dye her locks a much darker shade. 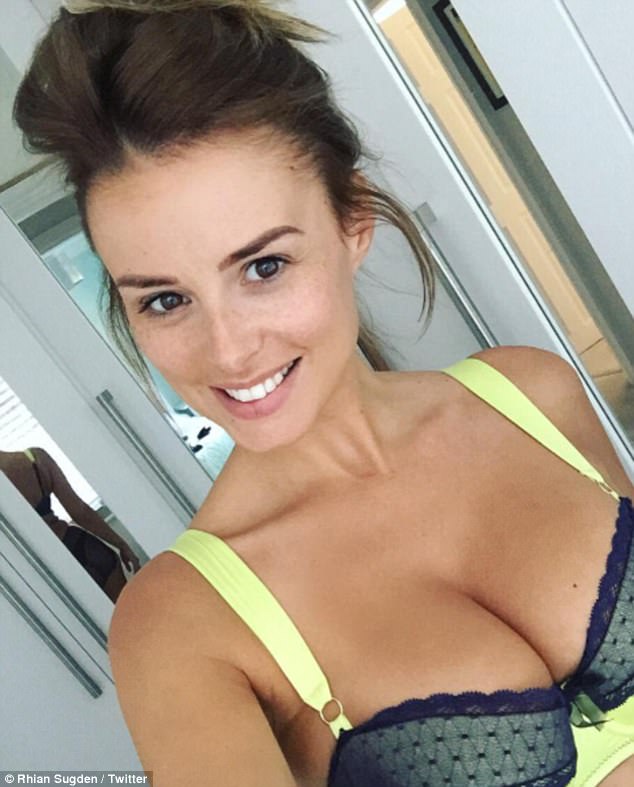 Overhauling her image: Her latest social media uploads coming after Rhian decided to dye her locks a much darker shade last month 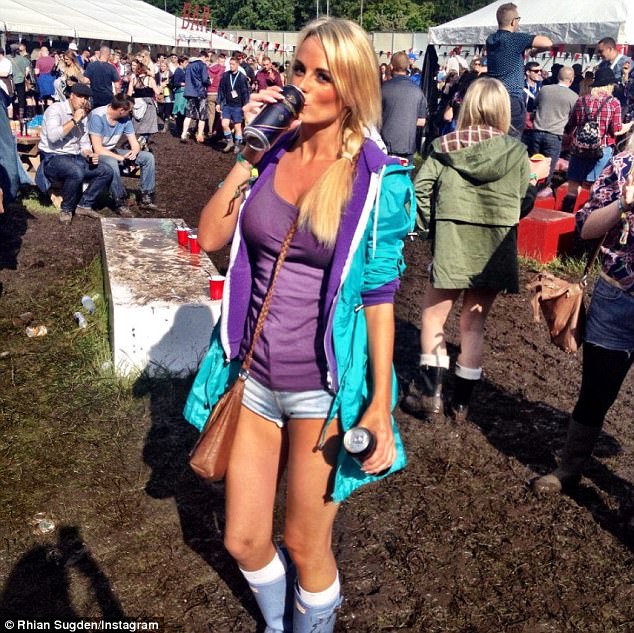 Back to blonde: She had ditched her blonde tresses for a much darker shade, but has appeared to resort back to her lighter locks just a month later

Last month, the model had chosen to overhaul her image and ditch her blonde tresses for a brunette hue instead. While she had teased that she had succumbed to her ‘dark side’, it seems Rhian has had a change of heart when it comes to her new look and resorted back to her lighter locks.

Her change in hair colour had garnered a mixed reaction from fans, with Rhian herself hitting back after being subjected to cruel trolling over her image change.

Ranting on Instagram stories, she had said: ‘People messaging me saying… eurgh prefer you blonde… I’ve got brown hair now… your opinion is void!’

Rhian has been happily engaged to ex Coronation Street star Oliver Mellor since 2014. 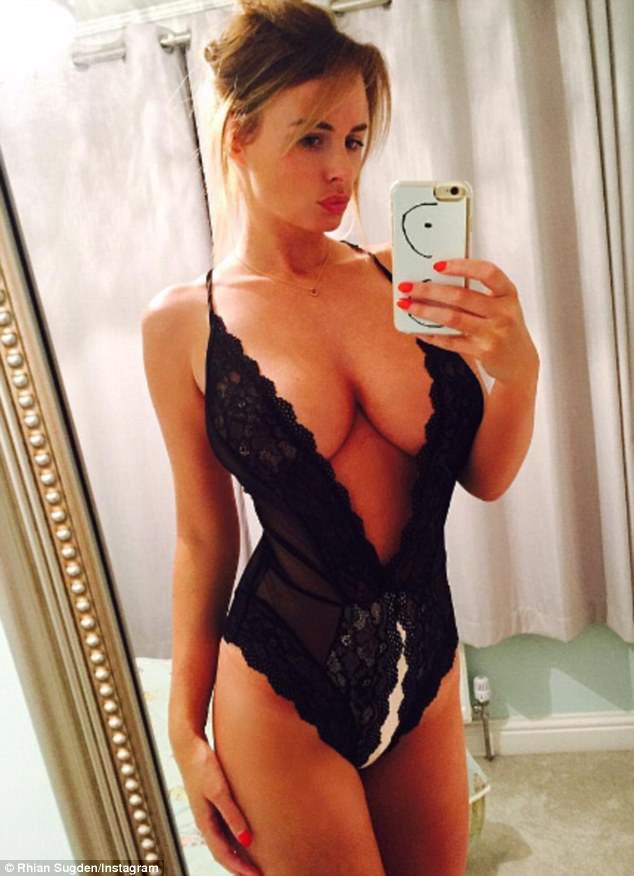 ‘Your opinion is void’: Her change in hair colour had garnered a mixed reaction from fans, with Rhian herself hitting back after being subjected to cruel trolling over her image change

He proposed to her by getting down on one knee in front of a packed audience at the Manchester Opera House after performing his stage show Black Coffee at the venue.

The beauty first found fame as a model but achieved new heights of fame after she was caught in a sexting scandal with married DJ, Vernon Kay.

Vernon was famously forced to make a public apology to his wife Tess Daly on Radio 1 back in 2010 after a set of saucy messages to Rhian emerged.

The father-of-two went on to promise live on air that he would no longer contact Rhian or the four other women he had been caught messaging at the time.

It was then revealed the pair had got back in touch in 2015 and had been exchanging text messages.

However, Vernon claimed that his WhatsApp messages asking Rhian to meet had been taken out of context, that he had done ‘nothing wrong’ and that his wife was completely aware of all contact. 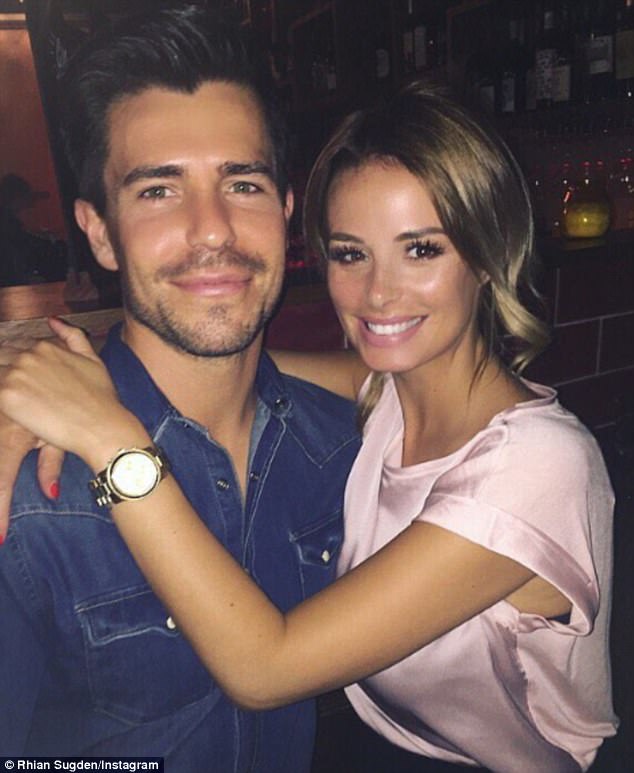 Smitten: Rhian has been happily engaged to ex Coronation Street star Oliver Mellor since 2014 (pictured above)