Young boy and girl from Batley die in M62 crash

A two-month-old baby boy and a 19-month-old girl have died after a horrific motorway crash that has left their mother fighting for her life.

The young family, who are believed to be from Batley in West Yorkshire, were involved in the horror collision on the M62’s westbound carriageway on Sunday.

The two young children were travelling with their parents when the vehicle careered off the motorway between the Whitley Bridge and Ferrybridge junctions on Sunday afternoon.

Air ambulance and fire crews were called to the scene in North Yorkshire and the two children were taken to hospital but tragically were pronounced dead on Monday.

Air ambulance and fire crews were called to the scene in North Yorkshire, pictured

The children’s mother, who is in her 20s and was a passenger in the car, was also rushed to hospital and is in a serious condition.

Police said the father, who is also in his 20s, was driving the car and suffered minor injuries in the smash.

Officers are investigating the crash and have appealed for any motorists who witnessed the crash or saw the Honda Jazz in the moments before it left the carriageway to contact them.

Traffic Sergeant Hamish Halloway, who attended the incident, said: ‘I’d like to extend my deepest sympathies to the family involved following this tragic incident. 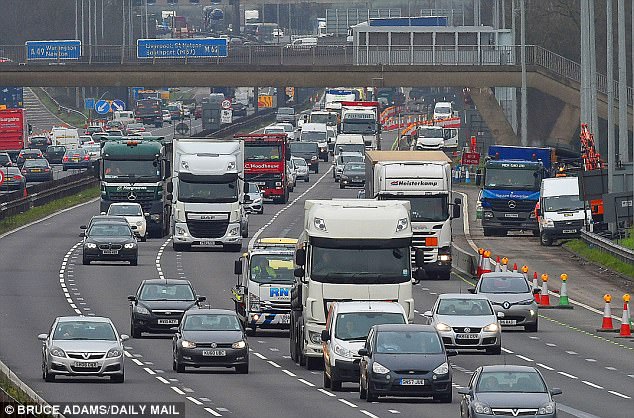 ‘Any fatal collision is deeply upsetting for the families involved but it’s impossible to imagine the horrific ordeal this family is currently going through.

‘I’d like to thank the members of the public who stopped to help, in particular the driver of a white HGV who was not involved in the collision but gave a massive amount of assistance to the family at the scene.’

The crash happened at about 3.30pm on Sunday near the junction with the A19 Whitley Bridge, Goole.

Diversions were put in place to allow emergency services to tend to the incident.

The eastbound carriageway reopened at 8pm and the westbound opened at 9.10pm following recovery of the Honda Jazz.

Anyone with information can contact North Yorkshire Police on 101, quoting incident number 12170157953.