Harriet Dart met one of her heroes earlier this year. It proved to be one of those encounters that validated an old phrase.

The setting was the Australian Open, the icon was Maria Sharapova and the outcome was her tearful departure from the Rod Laver Arena barely an hour after the match had started. She lost 6-0, 6-0.

‘She has done it to many people — I won’t be the last to feel like that,’ Dart tells Sportsmail. ‘I think my emotions got the better of me at the end. But it was an experience and something I learnt a lot from. 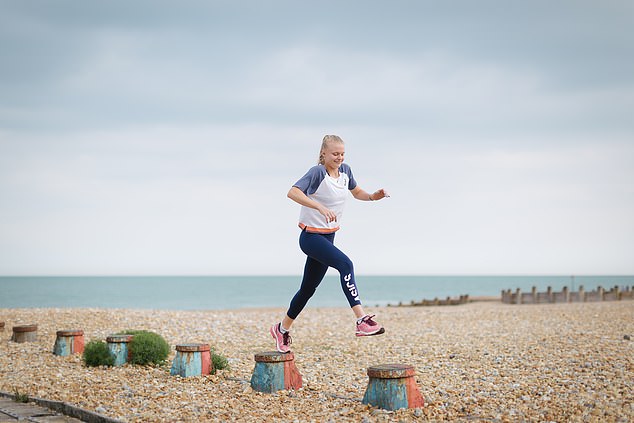 ‘I didn’t play great, I think I was a bit overwhelmed by how big the arena was, the conditions, the noise you face when you play a multiple Slam champion — it is like you are playing in their country, with a Fed Cup vibe. I have learnt from all of it.

‘But I also think it is important to remember I qualified to be there — I won three matches to make it into the draw — and I deserved my place.’

It is the last point, and the issue of earning one’s keep, that is perhaps the most interesting here. Dart will reappear under the spotlight of Grand Slam tennis next week, this time having been gifted a £45,000 golden ticket into Wimbledon, where she will play 27-year-old American Christina McHale — a lucky loser from qualifying — in the first round after Friday’s draw.

The temptation at this juncture could be to resurrect the debate over wildcard handouts to local fodder, but that would miss the point about a 22-year-old who took a set off the seventh seed, Karolina Pliskova, in her senior SW19 debut last year and then reached the semi-finals of the mixed doubles. 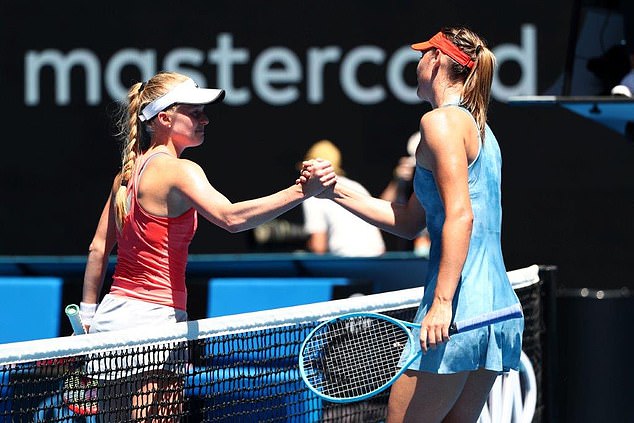 The jury remains out on how far she might go in the game, but after peaking at 121 in the world after January’s Australian Open, and having shown there that she can qualify for a Slam under her own steam, there is enough potential to justify the card.

It tends to be that they are given out to players who, among other criteria, might draw a little attention and Dart is one of those with an interesting narrative owing both to her background and the hand-to-mouth existence of most players in her ranking bracket.

Indeed, she has made around £85,000 in prize money this season, prior to deductions for travel and accommodation to 11 tournaments in six countries on three continents.

Her trip to play in Morocco in April, for example, yielded a return of £418 in singles prize money, illustrating the staggering imbalance of a sport where so many professionals struggle to break even. All of which makes it necessary to wonder when or if she might hit the next level in a tennis journey that seemingly began before she was born.

‘The old story goes that my mum was playing on Court One at the Cumberland Lawn Tennis Club (in Hampstead) two weeks before I was due,’ she says. ‘My dad actually met her there at the club as well.

‘As a family we have always been involved with tennis. My mum is a member of the All England Club, so I have been going there for years for one reason or another. I must have been nine the first time I went to the Championships.

‘It is funny, I was there in the crowd when Andy Murray won his first singles title against Novak Djokovic (in 2013). Brilliant. I was also there when Roger Federer beat Andy Roddick in that crazy final (in 2009, the longest Wimbledon final in history). 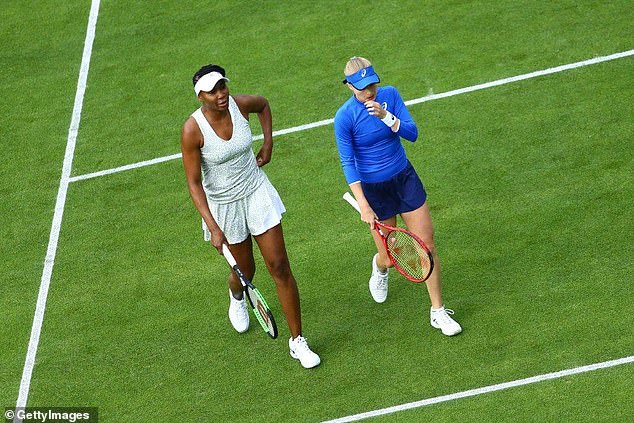 ‘That one I just remember it being really hot, really long and past my bedtime. I have a lot of memories there. It’s somewhere I feel comfortable, where I know it. That can all help when it comes to the tournament. I know what it is like when the Championships aren’t on — it can be like a ghost town. Suddenly then everything is in place and it is this massive hub. But I feel comfortable there.’

That comfort showed in her debut performance as a wildcard against Pliskova last year and further still when she and Jay Clarke reached the semi-finals of the mixed doubles.

‘In the singles, I think what I learned is that my level is there and it is about being able to do it consistently over a period of time,’ she says. ‘The doubles was pretty crazy. To be frank, we saw the draw and just wanted to get a set and not embarrass ourselves. Suddenly we were in the semis.’

This season has featured the highs and lows of the Australian Open in January, a 14th doubles title in France in March and the injuries that kept her out of the French in May. Perhaps the most striking aspect of her year came with a surprise message earlier this month that Venus Williams wanted to partner her at the doubles in Birmingham.

‘We hadn’t met before the tournament,’ Dart says. ‘She had gone to the organisers and said she wanted to play and needed a partner and they said, “There is a British girl, she is also looking”, and like that we were paired up. 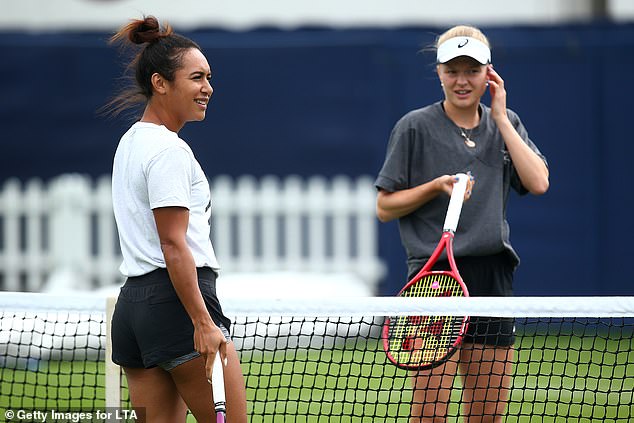 ‘I remember texting my mum and she was like, “Is this a joke or are you being serious?” She was just super nice. We spent a decent amount of time together to work out a strategy and she made me feel very at ease and we had a good match. We lost but it was just incredible, a privilege to play with a champion like that.

‘I wasn’t so much about getting pictures because these people are my rivals, my competitors, but my dad was wanting me and her together for a picture. It was a great experience to play with her.’

The aim, of course, is to be mixing in that company regularly. Next week poses an opportunity to show if she is up to it.

Harriet Dart is an ambassador for ASICS who are proud to support her as part of the Next Generation Programme.