An easement running through a couple’s block of land has shattered their grand plans to build their dream home.

The little-known property law requires Mathew and Karissa Kirk to allow the local government access to a portion of their land so it can be used to deliver services, such as telephone lines, power poles, and water or sewerage pipes.

But a row has erupted over how close the proposed build can be to the easement.

The frustrated couple and their toddler have been forced to move back in with their parents as they try desperately to cut through the red tape.

They’ve been fighting against Sydney Water for eight months and have pleaded for the government body to give them ‘a fair go’.

The Kirks – while expecting their first child – bought their property in Tahmoor, southwest of Sydney, back in 2020 and were all set to start building from June, 2021.

‘I was heavily pregnant when we came to look at this block of land and it just felt right,’ Mrs Kirk told A Current Affair.

The couple were told it would take just four months to build their forever home but Sydney Water put a stop to their grand plans.

Sydney Water claims it did not receive an application until December 21, 2021, and that there were problems with the property citing the easement and the fact the land sits atop an old mine.

But the couple say the plans for the home show it will only comes as close as three-and-a-half metres to the easement, so there shouldn’t be any hold up. 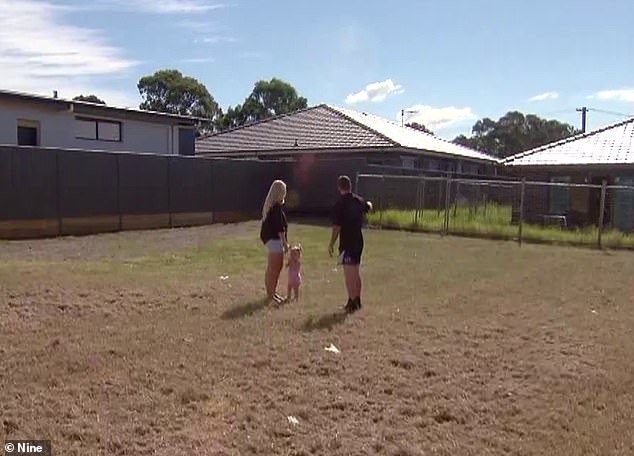 Now Mr and Mrs Kirk’s daughter is 16 months old and the family is still ‘living in limbo’.

‘We got told our house was a four-month build and it still hasn’t even started,’ Mr Kirk said.

On top of that, expected increases in interest rates mean the build will cost the young family an extra $40,000 than they had initially expected to pay.

‘We’re trying to get a head start and get this block and with interest rates going up and everything, we’ve maxed out what we can borrow, so it’s going to make it hard to dip into some cash to pay the price for prices that’ve gone up. It’s setting us back,’ Mr Kirk said.

The Kirk family have been forced to move back in with Mr Kirk’s mother while waiting for their home to be approved.

On Wednesday there was finally a breakthrough with Sydney Water agreeing to give the plans the green light. 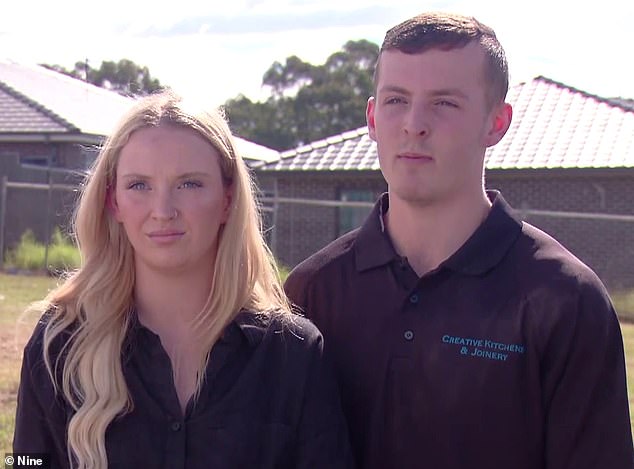 Sydney Water gave the following statement to A Current Affair:

Sydney Water received the first application from the Water Servicing Coordinator on 21 December 2021.

After reviewing the application, Sydney Water required further information around mine subsidence to be provided, and the application was returned to the Water Servicing Coordinator on the 28 January 2022.

Sydney Water received a re-submitted application on 24 February 2022, and it is in the process of being reviewed and a Letter of Conditions to allow work to commence is expected to be issued today.