Workers at an Indiana zoo needed a couple of hours to corral a young giraffe that escaped from her enclosure.

The seven-month-old female got loose Monday from the African Journey exhibit at the Fort Wayne Children’s Zoo.

Stop right there! Thabisa, a female giraffe born at the Fort Wayne Children’s Zoo in November, was corralled back into her enclosure 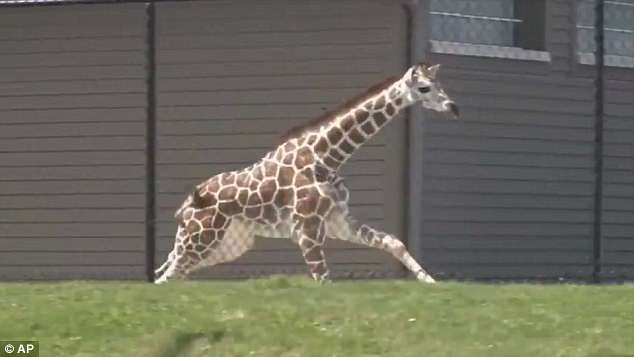 Escaped: Thabisa is seen running around a fenced parking lot in a non-public area of the zoo on Monday

The animal escaped after she repeatedly attempted to run through cables at the exhibit, which eventually snapped, according to WANE.

Staffers were able to trap the giraffe in a fenced parking lot in a non-public area of the zoo.

Thabisa then decided to return to her enclosure by herself after more than two hours of freedom.

In a statement, the zoo said: ‘As many of you may know, our youngest giraffe Thabisa decided to have a little adventure today!

‘Thanks for all of your concern for her safety, but after realizing our nonpublic parking lot outside the giraffe barn wasn’t that exciting, she decided to go back into the barn all on her own. 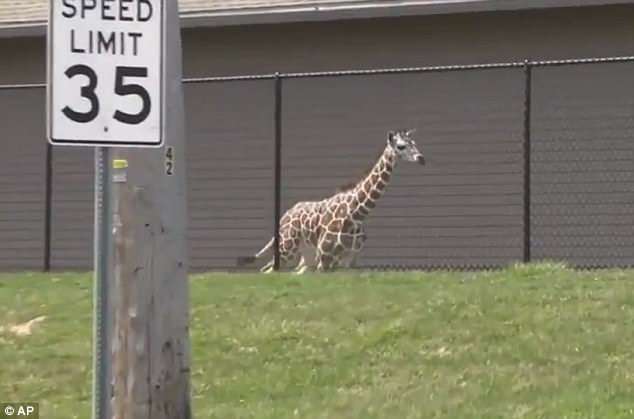 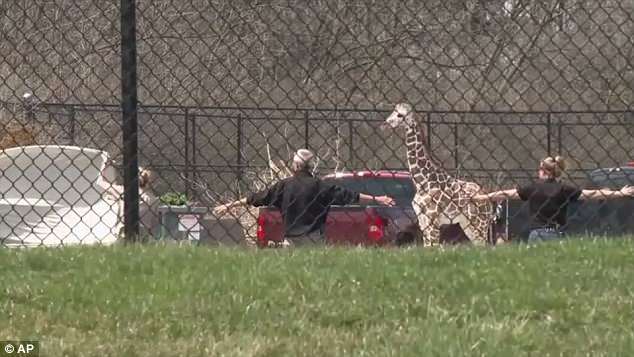 ‘She remained on zoo property for the duration of her adventure, and is now resting safely behind the scenes.

‘In all 40+ years of having giraffes here at the Fort Wayne Children’s Zoo, nothing like this has ever happened before, but we will re-evaluate our giraffe exhibit and take extra precautions to ensure the continued safety of our animals and staff.’

The zoo just opened to the public for the season on Saturday.