Girl, five, is found unresponsive in a hot car on the New South Wales north coast and airlifted to hospital in critical condition

A five-year old girl has reportedly been found unresponsive inside a car near Port Stephens, north of Newcastle, and is in a critical condition.

The girl was found inside a car in the driveway of a home at Tanilba Bay on Tuesday afternoon, Nine News reported.

Ambulance crews arrived and performed CPR before the girl was airlifted to John Hunter Hospital.

Temperatures in the area passed 30C on Tuesday afternoon.

The incident comes three days after two girls, aged one and two, died after being left in a car for hours in hot conditions outside their mother’s home south of Brisbane.

The girl was airlifted to John Hunter hospital after ambulance crews performed CPR at the scene.

Chloe-Ann and her older sister, Darcey, two, died after being cooped up in their mother’s black Mazda station wagon outside her home in Waterford West in Brisbane’s southern outskirts on Saturday. 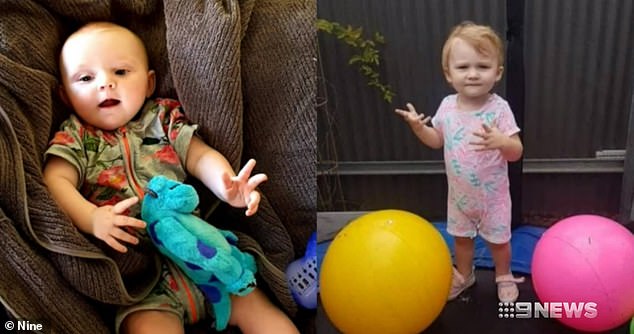 Chloe-Ann and Darcey Conley, who died on Saturday afternoon after being left inside a hot car outside their mother’s home south of Brisbane.

Their mother Kerri-Ann Conley, 27, was charged with the girls’ murder, under a new definition which includes reckless indifference to human life.

Conley was also hit with two drug offences for alleged marijuana and drug equipment possession. She was yet to enter a plea.