BREAKING NEWS: Young Liberal at the centre of ‘drag queens are not for kids’ viral video is found dead in a suspected suicide

A young conservative student who led the controversial ‘drag queens are not for kids’ protest has died in a suspected suicide.

Wilson Gavin, the president of the University of Queensland’s Liberal National Club, was found dead in Brisbane’s south on Monday, sources said.

Contacted for comment, a Queensland Police spokeswoman said that a man died in a suicide at Chelmer Railway Station about 7am.

A state ambulance spokeswoman said they attended the scene at 7.07am but the patient died after suffering critical injuries. 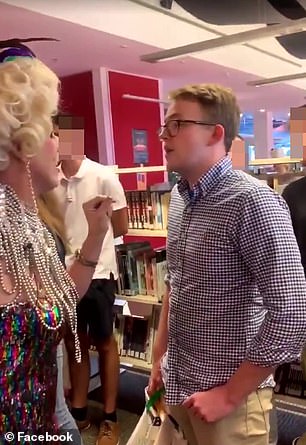 Mr Gavin was one of about 15 to 20 students who protested at the Drag Storytime event held at the Brisbane Square Library on Sunday afternoon.

Mobile phone footage of their protest showed the demonstrators chanting loudly while drag queen Diamond Good-Rim tries to get them to stop.

The video went viral, sparking an outburst from The Veronicas star Jessica Origliasso, who is engaged to transgender bartender Kai Carlton.

Origliasso fumed on Instagram on Sunday: ‘A good friend of mine took her daughter along to a children’s story telling event in Brisbane by two gorgeous Drag Queens, when a screaming group calling themselves the UQ young Libs stormed the event, causing chaos and distress to children and everybody there’.

‘What they did today was add to the bigotry, division and trauma young children are left to face in today’s society.’ 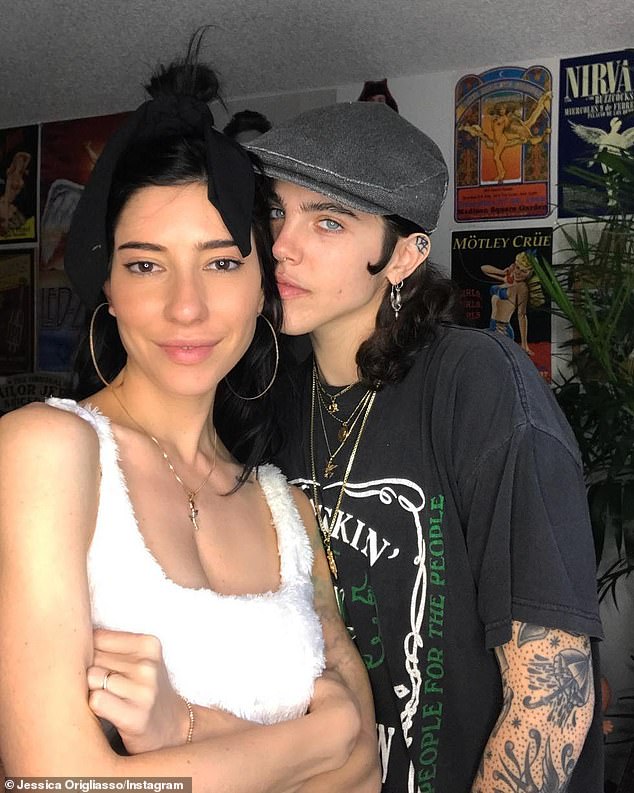 The Veronicas’ star Jessica Origliasso, who is engaged to transgender bartender Kai Carlton, (pictured together) said she was furious at the protest and called the group bigoted

Back in 2017, Mr Gavin, a gay man, made headlines for publicly opposing same sex marriage.

He fronted a ‘You Can Say No’ rally, saying: ‘I support what marriage really is and I’m gay.’

He also made media appearances as a spokesman for the Australian Monarchist League.

For confidential support, call Lifeline on 13 11 14