Young woman, 22, reveals EXACTLY how she can afford to buy her own home

Macca’s employee, 22, reveals EXACTLY how she saved enough money to purchase a four-bedroom home in Brisbane… while still going on overseas holidays

A 22-year-old retail assistant has revealed exactly how she saved enough money to become the youngest first-home owner in her family, and says anyone can do it.

Jhiara Thomas, from Logan near Brisbane, currently lives with her parents but will soon have her very own four-bedroom home in a flash new housing estate.

The young woman told The Courier Mail she gave up clubbing, worked two jobs and purchased ‘cheap’ clothes in order to save for the home.

Jhiara Thomas, pictured, is proud to become the youngest home owner in her family after working and saving hard for a down payment on a new build

‘I wanted to be the youngest person in my family to buy a home, and I’m doing it on my own,’ Jhiara said.

She has worked two jobs, one at McDonalds and the other in the bakery at Coles, to make her home ownership dreams come true – often slaving away 70 hours per week.

But making money is only ‘half of the battle’ she explained.

‘A lot of people my age just spend what they earn then complain they don’t have any money,’ she said.

Jhiara stepped back from the clubbing scene after deciding she would prefer to save her money for a property.

She describes herself as a ‘simple person’ who doesn’t waste money on expensive clothes or fancy brunches.

She has also managed to make huge saving by living at home.

Jhiara revealed she makes about $1100 per week after tax. She gives her parents $75 for rent, pays her phone bill and gives herself up to $200 spending money. 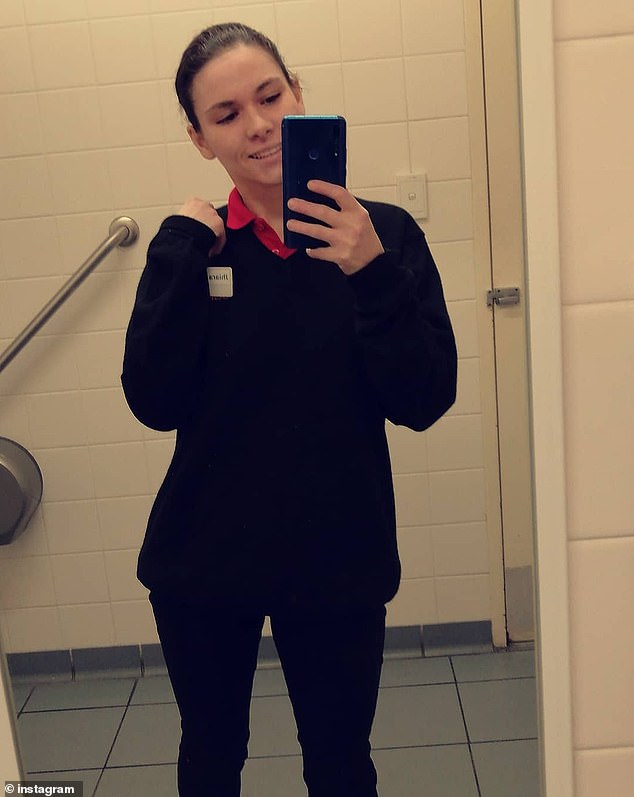 The 22-year-old says she doesn’t go clubbing with her friends, buys cheap clothes and only allows herself $200 of spending money each week

In August she put a $5000 deposit down on a $272,000 block of land and is currently finalising plans for her home with the developers.

Jhiara said it is important to hang out with people who support your need to save and don’t pressure you to spend your money.

The young woman still manages to have adventures on her limited ‘fun money’ and appears to go on family adventures overseas, including a recent jaunt to New Zealand.

Jhiara’s parents bought a home in the same estate and are excited to be able to live nearby when she moves out.