Young woman, 29, who spiralled into an emotional food addiction reveals how she shed 61kg

A customer service assistant who had an unhealthy relationship with food has revealed how she transformed her life by losing a massive 61kg in 18 months.

Mara Vasic, from South Australia, tipped the scales at 131kg in September 2019 despite enjoying going for walks and exercising often.

The 29-year-old told FEMAIL she started ’emotional binge eating’ when her mum was diagnosed with terminal lung cancer in August 2018.

‘My main motivation was my mum, she was my biggest fan, in a way – she always had my back and pushed me to be the best version of myself,’ she said.

Despite losing her mum in January 2020, Mara now weighs 70kg and knows her mother would be incredibly proud. 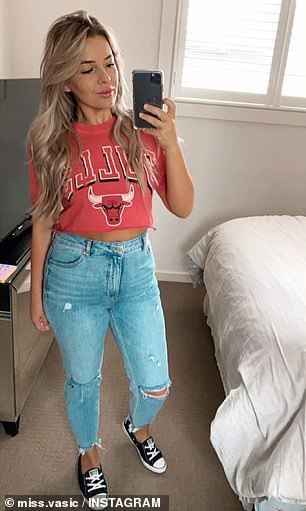 On September 27, 2019, Mara underwent gastric sleeve surgery to accelerate her weight loss – a process that involves removing a portion of the stomach to ensure the person eats less food.

Before turning to surgery Mara had tried different diets and exercise routines but nothing seemed to work effectively.

At first her mum didn’t agree that surgery was the best option, but after the operation was a success she knew Mara had made the right choice.

‘Gastric sleeve surgery has been the best decision I have made,’ she said.

‘I was devastated Mum never lived to see me reach my first goal weight of 70kg, I know she would have been over the moon for me.’ 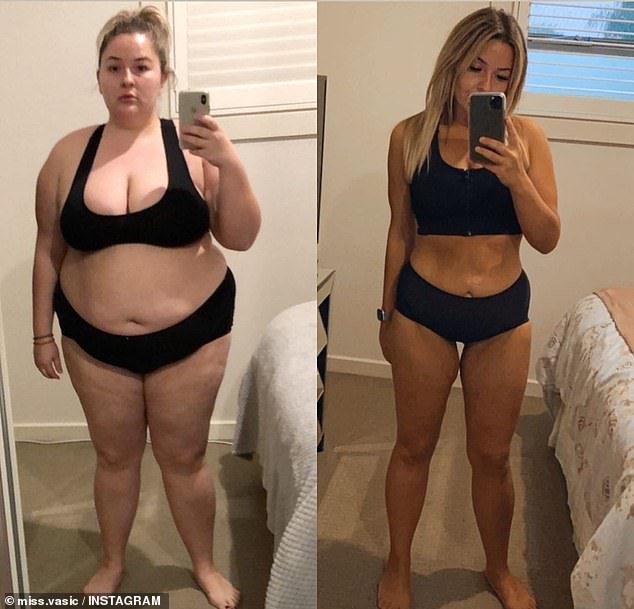 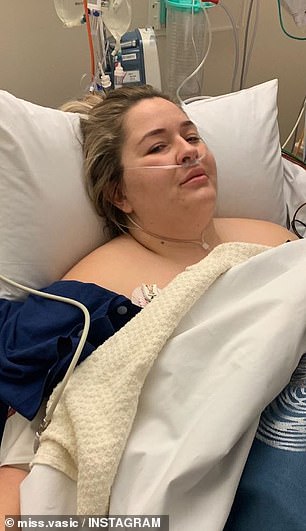 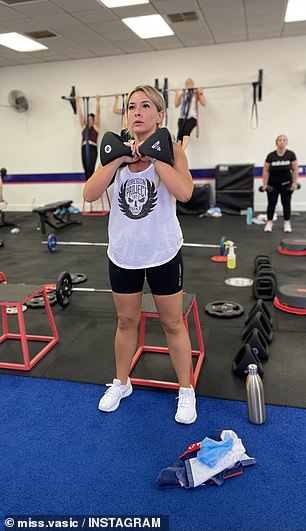 Mara said she has ‘always loved exercising’ but felt uncomfortable or out of place training at the gym, so she would avoid going completely.

Instead she would go for long walks or hikes and last year during the COVID-19 pandemic she bought herself a treadmill.

‘A treadmill was the best investment – it meant I had no excuses and I could always be moving my body,’ she said.

She managed to lose the weight by changing her diet completely and exercising more often. 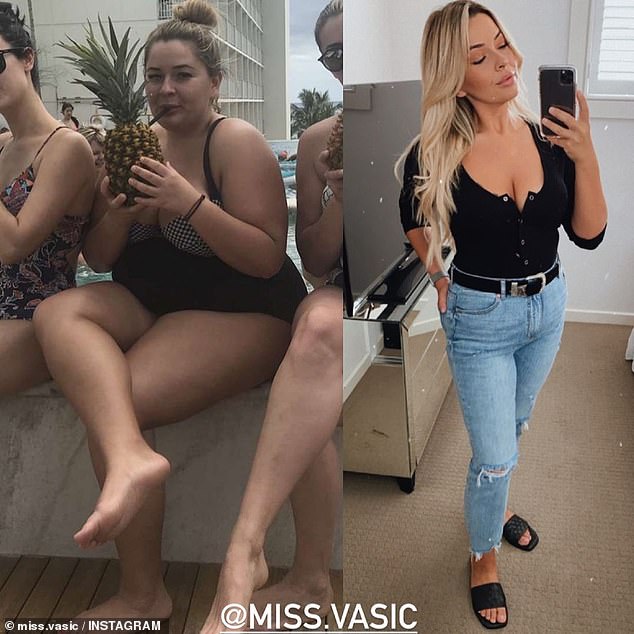 Since starting her weight loss journey, Mara said her relationship with food has ‘completely changed’ and she now considers food to be fuel for the body.

‘Something my mum used to say to me as a kid was how we put fuel in our car so it can run, and the same goes with food for the body,’ she said.

Rather than eating fatty, sugary fast food, she now opts to eat vegetables and food that’s high in protein.

Mara now participates in F45 classes during the working week and goes for hikes or walks on the weekend.

Mara’s old ‘day on a plate’

Breakfast: Anything quick and easy that can be had on the run –  a meat pie and a chocolate donut with a full fat ice coffee

Dessert: Chocolates generally a whole block on a bad day on a good day half a block

Mara’s new ‘day on a plate’

Lunch: Crispbread with smoked salmon and cream cheese or with ham, cheese and tomato 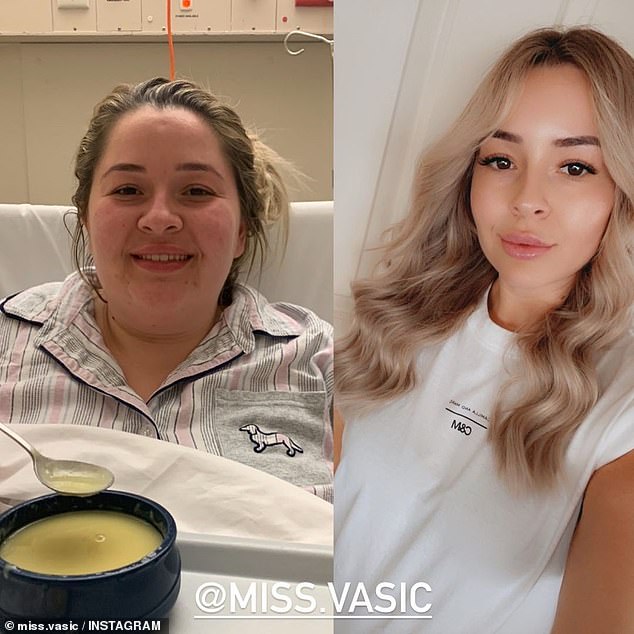 Rather than eating fatty, sugary fast food, she now opts to eat food that’s high in protein and vegetables

Since dropping almost half her body weight Mara noticed a significant reduction in her breast size and was left with loose skin around her breasts, which impacted her mental health.

After thoughtful consideration she decided to undergo a breast lift and implant surgery earlier this year to regain her confidence.

Mara said she encourages others who want to lose weight to ‘not be so hard on yourself’ and to avoid comparing your progress to others.

This year Mara decided to undergo a breast lift and implant surgery as the skin around her breasts were loose from losing the weight. She has now regained full self confidence

‘Ninety per cent of people are going through their own journey and it’s never too late to start,’ she said.

‘For me personally I have not one single regret [about getting surgery], I know I tried everything within my power at the time to try natural options but this has been the best tool in helping me shed 61kgs,’ she said.