An Aussie woman has recounted the moment she felt ‘uncomfortable’ after a man ‘barged’ into a female-only sauna.

Milly Bannister, from Sydney, posted a video explaining how in her building there’s both male and female saunas for ‘safety and privacy’.

But on this occasion when Milly and her friend were in the women-only sauna wearing ‘brief clothing’, she claims a man ‘barged’ in to use the facility.

When the 25-year-old asked him to leave she claims the man got angry and refused. 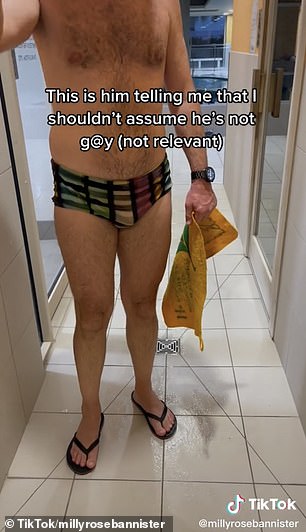 Sydney influencer Milly Bannister (left) claims a man (right) ‘barged’ into a female-only sauna because it’s ‘hotter’ than the male sauna. The 25-year-old and her friend asked the man to leave but he refused, so they did after feeling uncomfortable

‘Okay, so I’m at the pool in my building complex that I have a pass to, and there are a couple of saunas that are in here – one of them is male and one of them is a female,’ Milly said in the video.

‘And of course, I would prefer to use the female because I’m in brief clothing, I’m sweating, I’m sitting with my girlfriend having a conversation, you know, you’re in a very enclosed space. And you’re sweating, it’s very personal and intimate.

‘So my friend and I were sitting in the female sauna right here, it’s very closed and intimate, when this man barges in without asking and sits right smack in the middle.’

She claims the man said he prefers to use the female sauna because ‘it gets hotter’ than the male sauna. 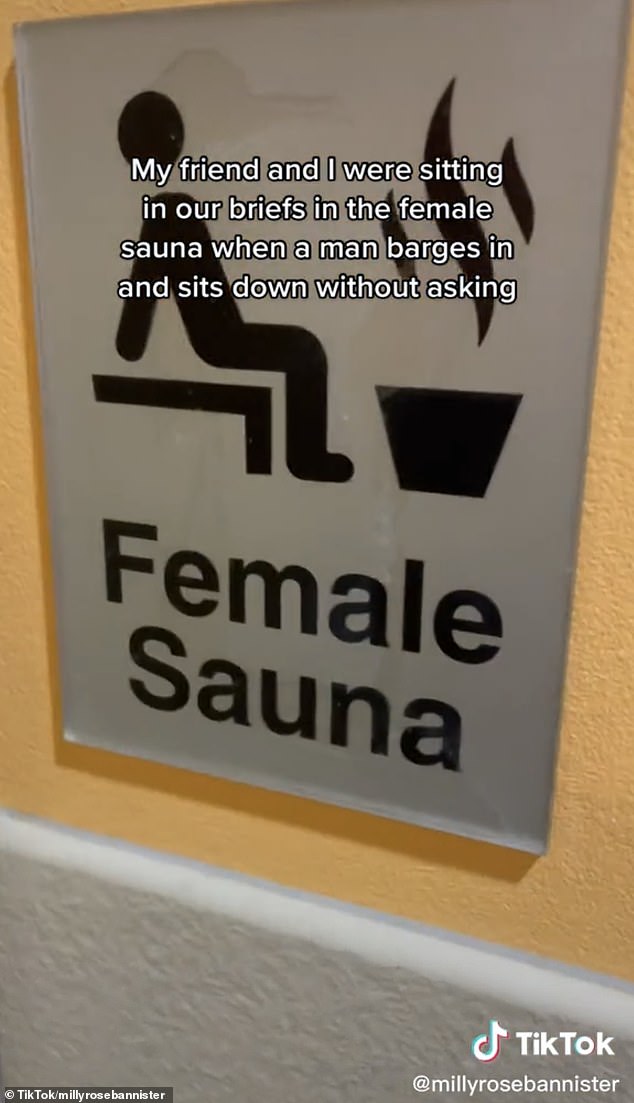 In the video the man can seen wearing only a speedo and is heard speaking in an angry tone.

Milly added text over the clip claiming the man said she ‘shouldn’t assume he’s not gay’ and should be allowed to use the sauna – she also titled the video ‘male privilege check’.

‘The question is, am I the a**hole for asking the man to leave because I don’t feel comfortable in a female-only sauna to have a man there, whom I don’t know,’ Milly asked.

In the comments Milly said they left the sauna because the man ‘refused to leave’ and she’ll mention the incident to the building manager.

The video has since exceeded more than 121,000 views and other TikTok uses were also shocked.

‘The fact that he didn’t leave and fought you on this is a scary red flag,’ one person wrote in the comments.

‘Female-only sauna = female only. If it had been unisex or unspecified it would be different, but the sign literally says female only,’ another wrote.

A third added: ‘You did the right thing! Good on you for being brave in that situation.’