An angry crowd turned on a young woman at a pro-euthanasia forum after she confronted controversial former doctor Philip Nitschke.

Visibly upset, the woman walked up to Nitschke, known as Doctor Death, calling his practices ‘irresponsible’ and demanding he ‘apologise’.

Stewards at the venue, in Perth, demanded the woman leave and told her she had ‘no right to be there’.

Candice explained her father had taken his own life two years ago after seeking the advice from Nitschke’s Exit International group.

The organisation wants to legalise voluntary euthanasia and assisted dying.

Candice said her father died in his 60s and was suffering from depression but had no terminal illness, 9News reported.

At one point Candice walked up to Mr Nitschke while he was seated on stage.

Bending down and raising her voice she said: ‘Apologise for what happened to my father.

‘The information that you put out kills people – people that are not in a rational state of mind to make that decision.’

Mr Nitschke responded: ‘I’m not going to apologise. I don’t know who you are.’

Candice also began shouting at Mr Nitschke from the back of hall where she was seated. 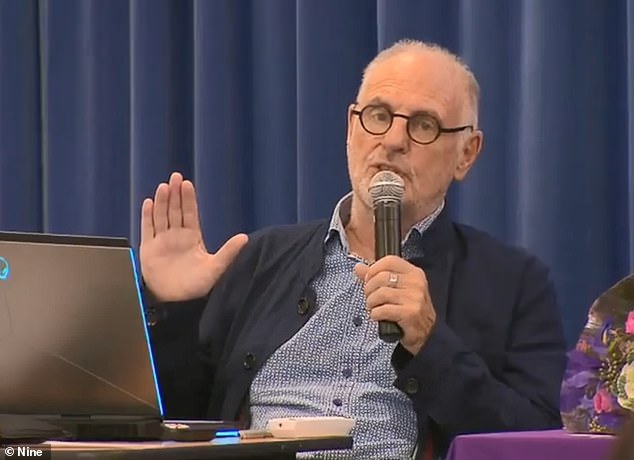 Candice demanded an apology from Mr Nitschke (pictured), after her father took his life two years when he sought the advice of the Exit International director

A crowd surrounded her, with one attendee saying her comments were ‘very distressing on people’.

‘You don’t have the right to be here,’ one woman told Candice.

But she fired back saying: ‘I have every right to be here.’

‘People know that they want to make the decision and not wait until they get sick enough to try and qualify,’ Mr Nitschke said. 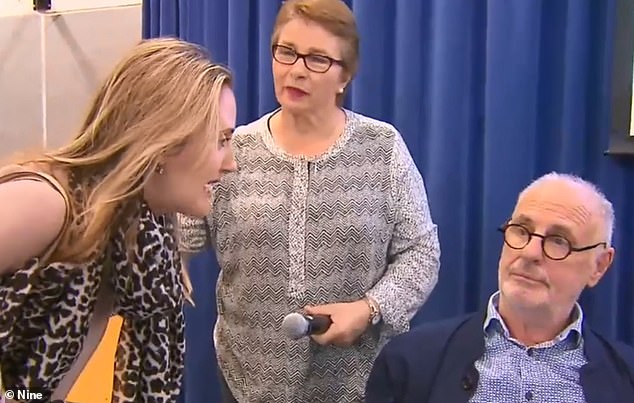 Candice said her father died in his 60s, was suffering from depression but had no terminal illness