A young woman has revealed how she was abandoned by friends and told to re-think her dreams of becoming a nurse after being diagnosed with epilepsy.

Sharnee Trotter, 26, had suffered from ‘fainting episodes’ since she was a teenager but after numerous hospitalisations she was diagnosed with epilepsy at 22.

The young Victorian woman, who had studied nursing, had no idea how the ‘simple’ diagnosis would change her life forever.

Almost every one of Sharnee’s relationships changed overnight.

Sharnee Trotter, 26, said she has never felt more isolated and alone than when she was diagnosed with epilepsy 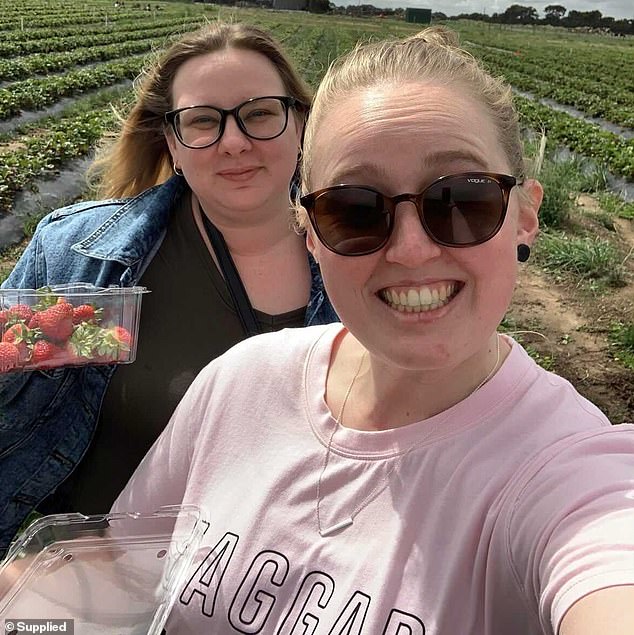 Many friends started to ghost her, choosing not to invite her to events first, then dropping out of her life forever.

Her family decided they needed to ‘do everything for her’ and despite meaning well accidentally stripped her of independence.

And despite excellent marks at University and in hospital pracs the aspiring nurse found it almost impossible to get a job.

Speaking with FEMAIL Sharnee remembers the first months after diagnosis as being very lonely as everything in her life was turned upside down.

The fact many of her friends abandoned her was the first blow.

‘I have some very good friends left but it was hard when others stopped inviting me to events and they dropped off altogether,’ she said. 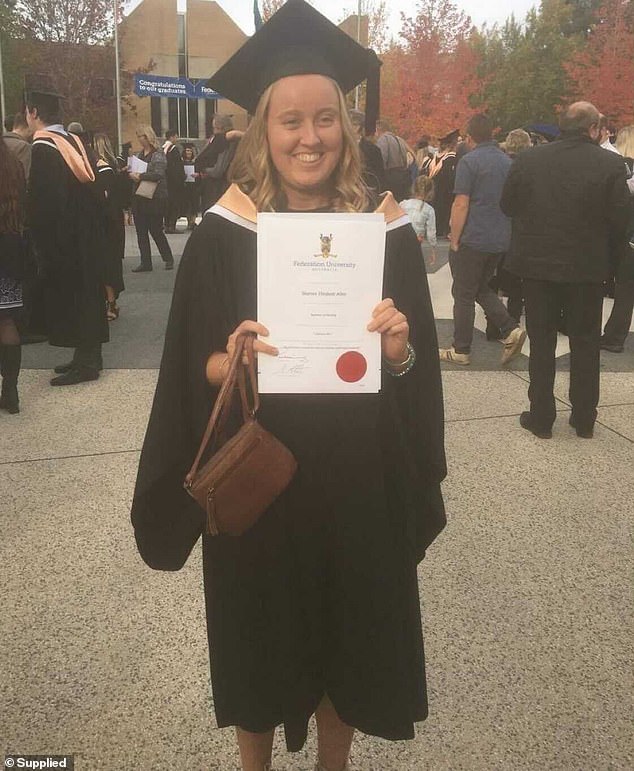 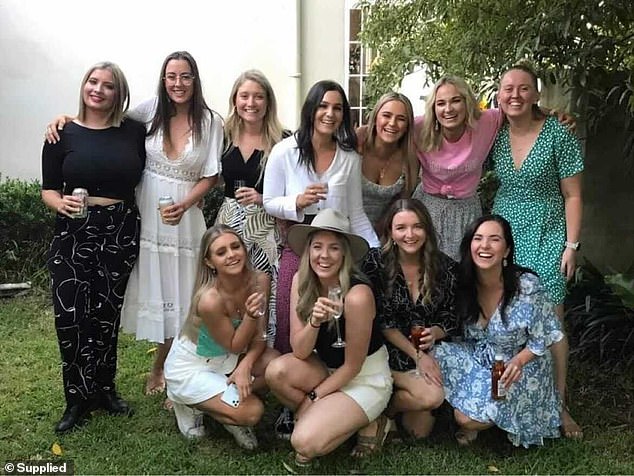 Epilepsy is a chronic disorder, the hallmark of which is recurrent, unprovoked seizures. A person is diagnosed with epilepsy if they have two unprovoked seizures (or one unprovoked seizure with the likelihood of more) that were not caused by some known and reversible medical condition like alcohol withdrawal or extremely low blood sugar.

The seizures in epilepsy may be related to a brain injury or a family tendency, but often the cause is completely unknown.

Epilepsy is the fourth most common neurological disorder and affects people of all ages.

Epilepsy is characterized by unpredictable seizures and can cause other health problems.

Epilepsy is a spectrum condition with a wide range of seizure types and control varying from person-to-person.

Public misunderstandings of epilepsy cause challenges that are often worse than the seizures.

‘They didn’t understand I still wanted to be invited or that I could come but I just wouldn’t drink and would head home early,’ she said.

In fact she still gets ‘funny looks’ when she explains she is happy to attend social events without drinking.

‘I can go as long as I plan my days around it and get enough sleep, as long as I get my nine hours,’ she said. 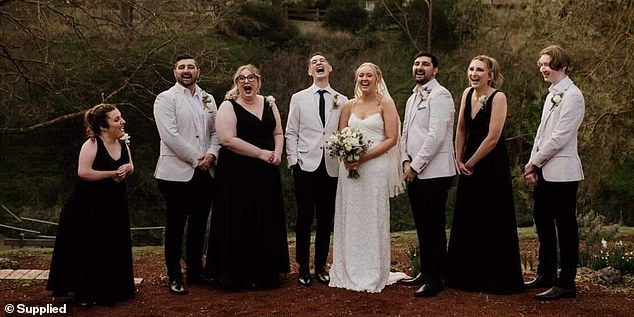 Why does the charity have a focus on women with epilepsy?

It was developed in response to the lack of community, peer-to-peer support and general knowledge sharing which contributes to the social isolation and diminished well-being common to people with epilepsy.

An epilepsy diagnosis is a significant moment in anyone’s life, however epilepsy in women has significant additional challenges.

The Australian Women with Epilepsy community provides a safe space, specifically for women diagnosed with epilepsy, where we can discuss our unique challenges and needs.

We strive to connect all women living with epilepsy across Australia by providing peer support with empathy and deep understanding.

Hormones fluctuate with puberty, menstruation, pregnancy and menopause, which can significantly impact epilepsy and seizure management for women.

Contraception and epilepsy medication can interact with each other reducing their efficacy, and pregnancy can be a particularly stressful experience with increased risks of seizures or medication causing harm to unborn babies.

Her family have now come to understand that Sharnee is still able to do things for herself and have been a ‘wonderful’ support.

And despite being rejected from countless jobs because of the condition Sharnee has managed to secure a position close to home.

‘I work with the most amazing team now, and I do shift work but just not night-shift,’ she said.

The search to find the right fit was heartbreaking though. 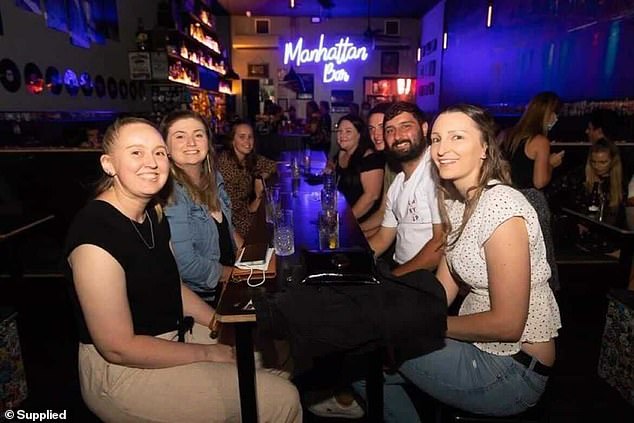 ‘I was always very honest about my condition. So when I kept missing out on places I asked why and I was told I wasn’t healthy enough to be a nurse,’ she said.

Sharnee mostly experiences seizure which leave her face numb, but occasionally has the typical bi-lateral seizures the condition is known for.

She has only had one seizure on-the-job at her current tole and hasn’t had one at all in the last two years.

She is sharing her story to help other young women with the condition realise it doesn’t have to define them.

‘You define you and you are always enough, just the way you are,’ she said.

Sharnee said she is relieved her partner, now husband, was able to be so supportive throughout the last few years.

‘I can’t imagine trying to date and overcome the stigma there as well,’ she admitted.

Sharnee is working with new charity Australian Women with Epilepsy to raise awareness of the condition and to help reduce stigma surrounding it. 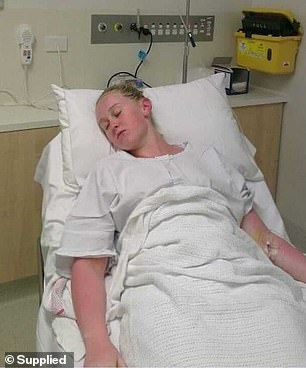 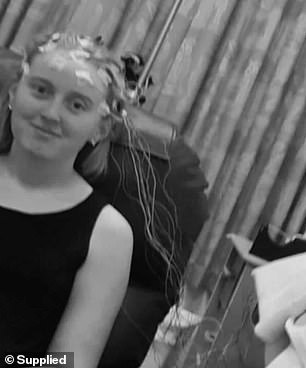 What relationship struggles did Sharnee overcome?

Friends: Sharnee had to overcome feelings of loneliness after many of her friends ghosted her following her diagnosis.

She also had to learn how to explain her triggers and communicate her ability to attend events despite her diagnosis.

Family: Sharnee has a super-supportive family. They tried to do everything for her following her diagnosis which inadvertently stripped her of her independence.

Work: Sharnee struggled to find a job as a nurse following her diagnosis. She was told she was not healthy enough and encouraged to pick a new career. She was persistent and eventually found a job in nursing.

‘People with epilepsy can do anything,’ she said.

One in 25 women in Australia live with epilepsy according to the charity who currently have a 3,000-strong network.

In the lead up to Purple Day, AWE is launching its Kickstart the Conversation campaign, launching two practical toolkits to help women with epilepsy navigate new relationships and new jobs.

The idea is to help support the 125,000 women living with the condition to find meaningful work and overcome relationship obstacles following a diagnosis.