Your Off-the-Grid Guide: 5 Ways to Generate Electricity at Home 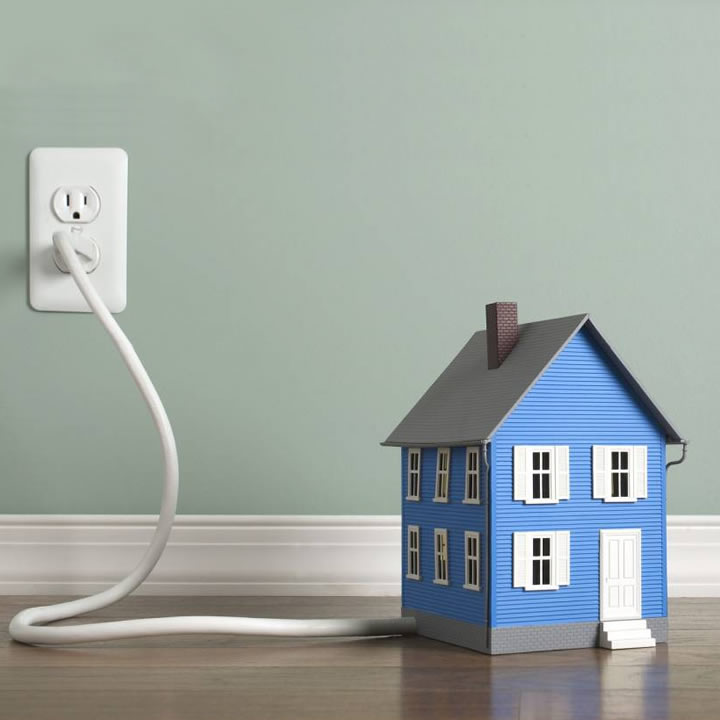 Living “off the grid” isn’t something that everyone can do. As of right now, fewer than 200,000 American households are considered to be off the grid. It’s a great option for those who want to do what’s best for the planet, though.

It’s also an excellent choice for those who want to steer clear of having to pay an electric bill every month.

But if you’re going to live off the grid, you need to know about the different ways to generate electricity at home. It’s essential if you plan on using electricity without tapping into your local electric company’s supply.

Here are five ways to generate electricity at home.

When you think about the idea of generating electricity at home, there is a decent chance that solar panels are some of the first things that come to mind. They’ve become very popular throughout the U.S., even among those who aren’t interested in living off the grid.

The solar industry has grown by leaps and bounds in recent years. It now generates more than $17 billion every year and employs more than 240,000 U.S. workers at over 10,000 companies.

By installing solar panels on top of your home or on a part of your property that gets a lot of sunlight, you’ll be able to harness the power of the sun for yourself. You can capture sunlight with your solar panels and convert it into energy that you can use right away.

You might also want to think about investing in a solar generator that you can use to power up certain aspects of your home. Powered Portable Solar can provide you with one that will help you take full advantage of everything that solar power has to offer.

Did you know that the water heater that you have in your home uses up almost 20% of the energy that your home goes through as a whole every day? That’s a lot of energy to devote to just one of the many energy hogs in your home.

It’ll provide you with all the hot water your home needs without breaking the bank. It’s a great investment for those worried about how much energy their home’s water heater is using.

If you’ve ever come across a group of wind turbines before, we know what you’re thinking right now. “There is no way I’m going to stick one of those outside my home!” you’re likely saying.

But it’s worth noting that you don’t have to buy and install a gigantic wind turbine to utilize the power of the wind. You can have a much smaller wind turbine with a propeller that is just a couple of feet wide to supply your home with the energy it needs.

When people purchase solar panels for their homes, they often wonder what’s going to happen when it’s not sunny outside. “Will I be able to provide my home with the energy it needs?” they’ll ask.

They’ll ask the same question when it comes to wind turbines. They’re unsure if they’ll be able to generate electricity on days when it’s not windy outside.

If you’re worried about this, you should figure out the best storage solution for the energy your solar panels or wind turbines are able to generate. You should also think about possibly buying a hybrid system that uses both solar and wind technology at one time.

This type of system is usually the best option for those who plan to go 100% off the grid. They give you options as far as generating electricity and using it is concerned.

Do you happen to have a stream that runs through your property? Even if the stream is on the smaller side and doesn’t seem to have much of a current, you can utilize it to generate electricity through the use of a micro hydropower system.

All you’ll need to do is install a turbine near the stream that can generate electricity for you by using the stream’s current. Unlike solar panels and wind turbines, it’ll work round the clock to make sure you get all the energy you need.

Not everyone has direct access to a stream in their backyard, which is why micro hydropower systems haven’t caught on more than they have. Even so, they’ve turned into terrific options for off-the-grid living.

You may even want to look specifically for a property with a stream on it prior to going off the grid. It’ll give you the option of installing a micro hydropower system that can generate all the electricity you’ll need.

It is, hands down, one of the best ways to generate electricity at home.

Take Advantage of the Various Ways to Generate Electricity at Home

For years and years, homeowners didn’t have many options when it came to generating electricity at home. They had to rely on their local electric provider to hook them up with the electricity they needed.

But today, there are lots of ways to generate electricity at home. In fact, there are so many ways to do it that people aren’t always sure which one they should pick.

Think long and hard about the options that we’ve laid out for you here. There is bound to be one that will work well for you and your family as you attempt to go off the grid.

Scan through the articles on our blog to find more information on solar power and renewable energy.