Here’s the latest on the pandemic in Australia.

Australia has suffered its single deadliest day of the pandemic after Victoria recorded 21 deaths, taking the state’s toll to 267 and the national toll to 352 (police officers pull a car over for a licence and permit check in Melbourne)

* Sixteen of those who succumbed to the virus in Victoria were linked to aged care. More than 160 of Victoria’s overall deaths have been from aged care homes.

* Victoria’s Chief Health Officer Brett Sutton told a state parliamentary inquiry 20 deaths a day was ‘relatively modest’ compared to what was happening in other parts of the world. 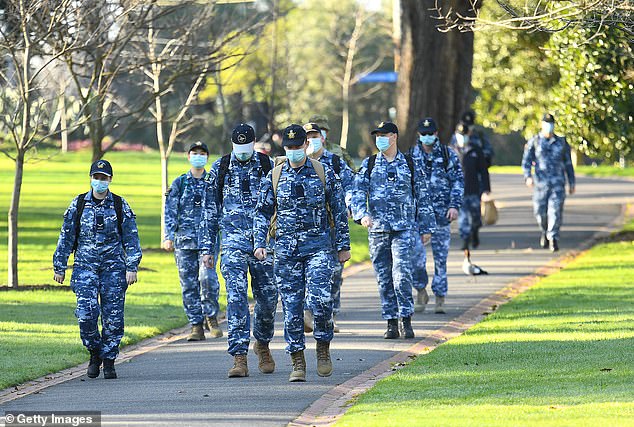 * ‘I don’t know the federal defence minister. I don’t deal with her. I deal with the prime minister,’ Mr Andrews said.

* The premier also appeared to hit out at Canberra by pointing to the disparity in Victorian case numbers between private aged care (1923 active) and public facilities (six).

* A week after stage four restrictions shut all non-essential businesses, Mr Andrews said the curve appeared to be flattening despite cases exceeding 400-plus for the time first time since Saturday.

* Meanwhile, NSW recorded 18 new cases as Premier Gladys Berejiklian warned the state’s stable infection rate for the past month couldn’t be ‘assured’ moving forward. She also re-issued a plea for people to wear masks in public and for businesses to comply with COVID-19 regulations.

* Premier Berejiklian also announced NSW residents returning from Victoria would have their hotel quarantine fee waived for the next month to ease the financial burden. 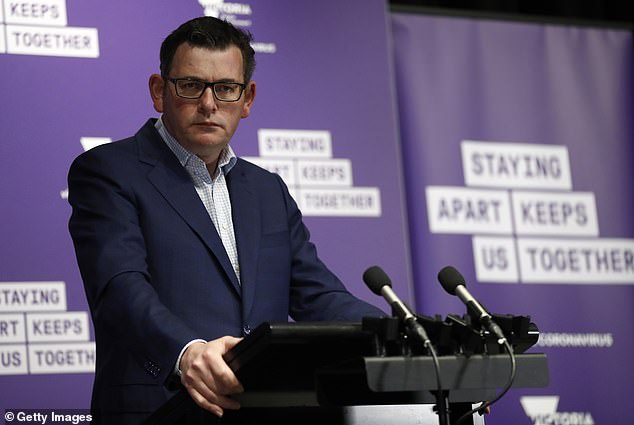 * Two of NSW’s new cases are linked to Cherrybrook’s Tangara School for Girls, bringing the total to 19 with the original source still unknown.

* South Australia will tighten measures for people living close to the Victoria-South Australia border. From August 21, those residents must comply with essential traveller requirements when crossing the border for school, work, or shopping.

* In Queensland, a 25-year-old man handed himself into police after allegedly fleeing mandatory coronavirus hotel quarantine in Toowoomba on day nine of his two-week isolation period. 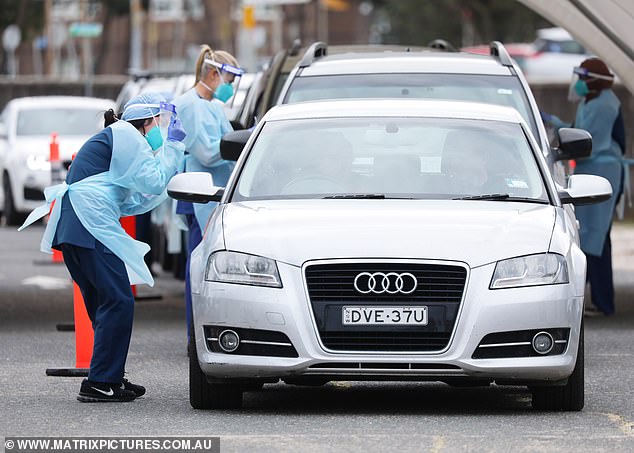 * The Brisbane Broncos are embroiled in another potential breach of the league’s strict coronavirus protocols after 10 players enjoyed a steak on August 1 at the Everton Park Hotel.

* Cairns will host Fremantle and Sydney in a temporary hub for rounds 15-18 to conclude the AFL’s coronavirus-interrupted regular season.

* August 2 to September 13 – stage four lockdown for Melbourne, including a nightly curfew, and stage three lockdown for regional Victoria.

* August 8 – Queensland border closed with NSW, with road access blocked to everyone except essential workers and border residents.

* August 29 – The last remaining restrictions on gatherings to be removed in WA.

* August 31 – Tasmania’s borders will remain shut until at least the end of the month.

* September 11 – NSW government to waive hotel quarantine fee for NSW residents returning from Victoria for the next month.