Your wearable devices might be able to detect that you’ve been infected with the novel coronavirus days before you experience any symptoms.

Researchers want to see if unusual changes in heart rate, activity, skin temperature sleep or other parameters and vitals can predict a COVID-19 diagnosis.

Preliminary data from two of those studies, examining Fitbits and Ouras, suggest that the fitness trackers can do just that.

Ouras were able to predict that people would experience symptoms such as a fever, cough or shortness of breath up to three days before they appeared.

And Fitbits saw a spike in somebody’s heart rate nine days before they reported symptoms to their physician. 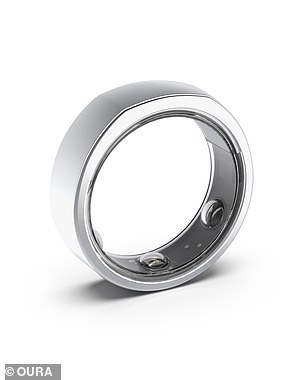 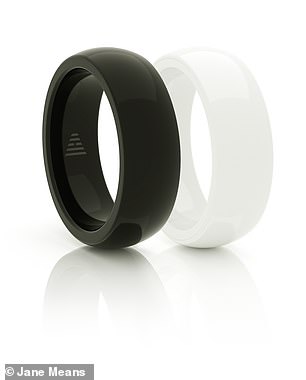 Early results from West Virginia University found that Oura smart rings (left) could predict up to three days before someone would experience symptoms. Researchers from Stanford saw Fitbit (right) record a spike in somebody’s heart rate nine days before they reported symptoms to their doctor

Although fitness trackers were first marketed as a way to count steps, several companies have become interested in combing technology with healthcare.

Past research has linked wearable tech with early detection of a number of health issues including high blood pressure, irregular heartbeats and even kidney failure.

Additionally, several anecdotal stories include patients who say their devices urged them to go to the emergency room before they even suspected they were ill.

Last month, Fitbit announced it had partnered with Stanford Medicine and The Scripps Research Institute, to design an algorithm that measures a user’s heart rate and skin temperature.

The program would notice unusual patterns, which could predict if a wearer had contracted the virus before showing physical symptoms.

‘Smartwatches and other wearables make many, many measurements per day – at least 250,000, which is what makes them such powerful monitoring devices,’ Dr Michael Snyder, a professor and chair of genetics at the Stanford School of Medicine, said in a statement at the time.

‘My lab wants to harness that data and see if we can identify who’s becoming ill as early as possible – potentially before they even know they’re sick.’ 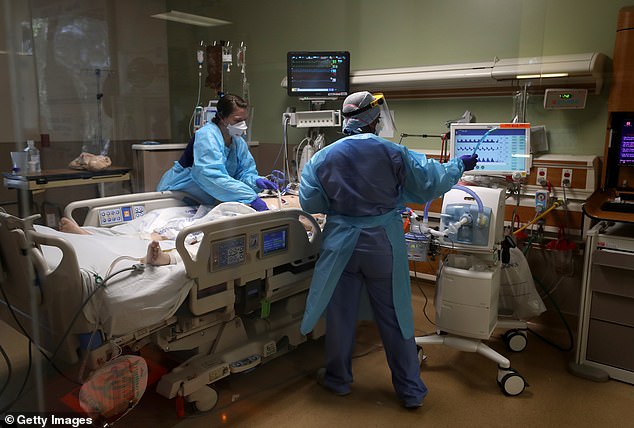 Scientists say the wearable trackers could be beneficial in tracking down and isolating patients before they even receive positive test results. Pictured: Nurses care for a coronavirus patient in the ICU at Regional Medical Center in San Jose, California, May 21

Researchers told The Washington Post that early results show Fibits can predict COVID-19, the disease caused by the virus, either before diagnosis or at the time of diagnosis, in 78 percent of the 14 patients they studied.

In one patient, their heart rate jumped nine days before they even reported symptoms.

In most cases, there were also unusual patterns but it was usually around the time patients noticed symptoms on their own.

‘The bottom line is it is working, but it’s not perfect,’ Snyder told The Post.

Thousands of medical staff and volunteers wear the rings, about the size of a wedding band, which detect body temperature, heart rate, and breathing rate.

Participants wear the rings at night while they sleep and, because they record continuous amounts of data rather than take single readings, researchers believe they’ll give a more accurate sense of a person’s current health status. 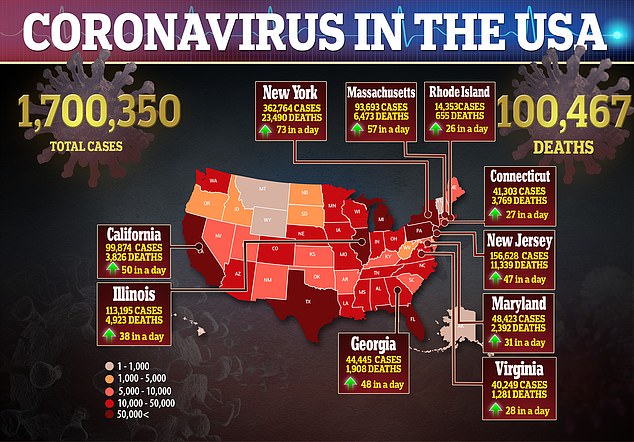 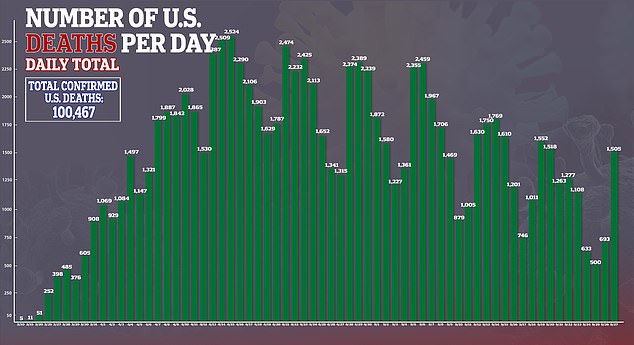 On Thursday, WVU’s Rockefeller Neuroscience Institute said early results showed they can detect COVID-19 related symptoms such as a fever and coughing up to three days before they appear, with 90 percent accuracy.

Dr Ali Rezai, executive chair of the WVU Rockefeller Neuroscience Institute, says this is especially important when it comes to quickly identifying and isolating those at high risk, particularly frontline workers.

‘The holistic and integrated neuroscience platform…allows for the accurate prediction of the onset of viral infection symptoms associated with COVID-19,’ Rexai said in a statement.

‘We feel this platform will be integral to protecting our healthcare workers, first responders, and communities as we adjust to life in the COVID-19 era.’

In the US, there are more than 1.7 million confirmed cases of the virus and more than 100,000 deaths. 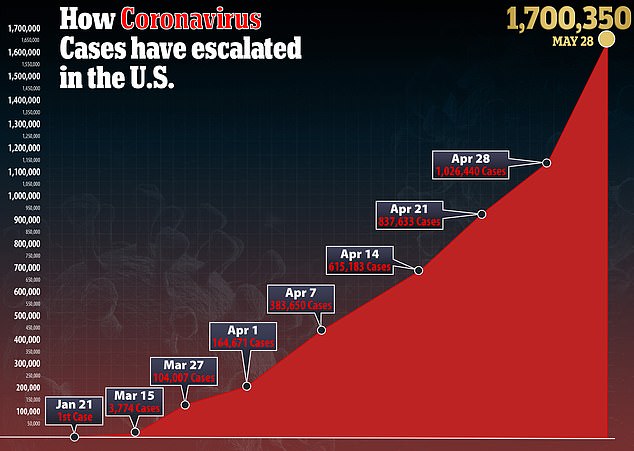