The YouTube shooter’s brother is blaming the police for failing to stop sister after he reported he warned them she was planning to attack the video site’s headquarters.

Nasim Aghdam, 38, had told her family a few weeks ago that YouTube had ‘stopped everything,’ and ‘she was angry,’ her father Ismail Aghdam told The Mercury News.

Her family alerted the police after Aghdam disappeared on Monday, warning them she could be heading for YouTube.

‘She had a problem with YouTube,’ her brother, who would not be named told Fox 11. 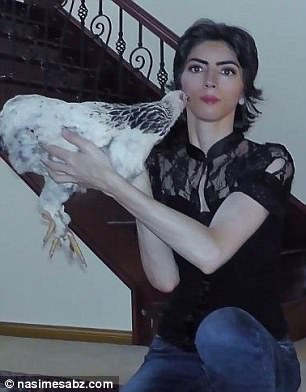 Nasim Aghda’s (left and right) family alerted the police after Aghdam disappeared on Monday, warning them she could be heading for YouTube

April 2: Her father reports her missing to police in San Diego, tells them she is angry at YouTube and she is entered into the Missing Persons database

April 3, early morning: Police in Mountain View, 30 miles from San Bruno, find Aghdam sleeping in her car and take her off the missing person’s database

April 3, later: She visits a gun range near Mountain View

12.46pm: Aghdam opens fire on YouTube campus in San Bruno after sneaking in through garage door

‘The cop told us they’d keep an eye on her,’ he added.

Police did find her early Tuesday sleeping in her car in Mountain View, a Silicon Valley hub around 30 miles from YouTube’s headquarters.

Despite her family’s warning, they did not consider her a risk and removed Aghdam from the missing person’s database.

Police called the family to report that  everything was ‘under control’.

She was free to go on to the gun range and then to the YouTube campus where she opened fire at 12.46pm that same day.

Her family got the phone call telling them the tragic news that Aghdam had injured three others, before turning the gun on herself.

‘After 12 hours the shooting happened,’ her brother said. ‘She got killed, the other 3 people got hurt. I did my best to avoid it but looks like cop didn’t do their job,’ he said.

Her brother says that the family are still reeling from the news that his sister was capable of such an attack.

He added that until now, she’d never hurt another living animal.

The brother told ABC 7 his sister was a ‘nice’ and ‘innocent’ person, ‘not today, but she never hurt any creature,’ he said.

Neighbor John Rundell said he spoke to Ismail Aghdam who was ‘heartbroken’ after the shooting.

‘He tried to tell me his side of the story. It’s the same thing. He’s heartbroken, he’s a dad, he’s a great guy. I think he was a good father, and it just happens when you have kids sometimes,’ Rundell said.

The family also deny any knowledge she owned a weapon.

Their father Ismail Aghdam had also become concerned about her increasing obsession with YouTube, but described his daughter as a vegan activist and an animal lover.

Federal agents were spotted at Ismail’s Menifee home, with law enforcement spotted coming and going from the home from at least 8am on Wednesday.

They are currently interviewing Aghdam’s family members about the events that led up to Tuesday afternoon’s shooting. 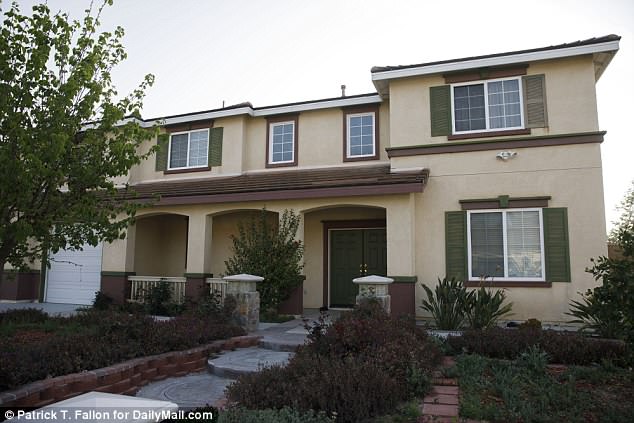 The home of Ismail Aghdam, father of Nasim Aghdam, on Wednesday, April 4, 2018 in Menifee, California 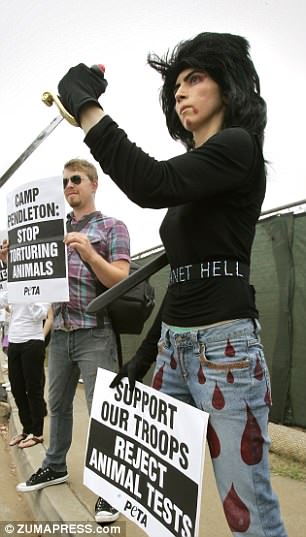 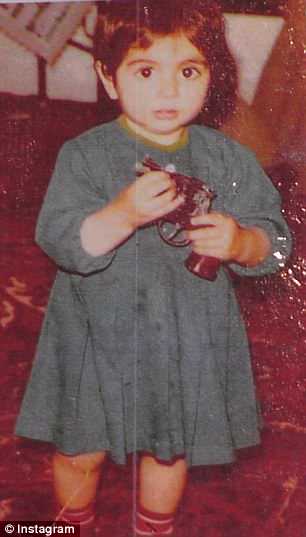 Ismail Aghdam said the family called police on Monday to report his daughter missing after she failed to answer her cellphone for two days. On Tuesday around 2am, Mountain View Police called the family to report that they had found Nasim (left in 2009 and right at one year bold) sleeping in her car and that everything was ‘under control’

Mountain View police confirmed to Mercury News on Tuesday night that a woman of the same name had been found asleep in a vehicle early Tuesday morning in a parking lot.

‘Our officers made contact with the woman after the license plate of her vehicle matched that of a missing person out of Southern California,’ said Mountain View Police spokeswoman Katie Nelson.

‘The woman confirmed her identity to us and answered subsequent questions. At the conclusion of our discussion, her family was notified that she had been located.’.

According to state records, she had once established a charity called Peace Thunder Inc, to ‘educate people about animal cruelty, environmental pollution’ and other causes. 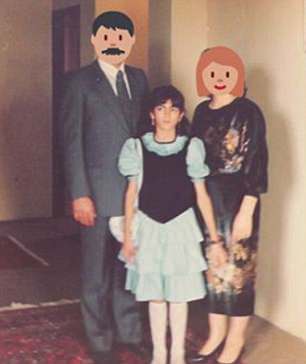 Ismail Aghdam described his daughter as a vegan activist and an animal lover (Nasim Aghdam had once posted this old, doctored family photo with her parents)

In a video that Aghdam posted back in January 2017, she vented about her content being ‘discriminated and filtered’.

She also said that her YouTube channel, which had more than 5,000 subscribers, used to get many views but claimed she started getting less when the company started ‘filtering’ her videos.

Aghdam’s YouTube channels and social media pages were all removed in the hours after the shooting. She claimed she had at least four YouTube channels, one in English, and then others in Farsi and Turkish. 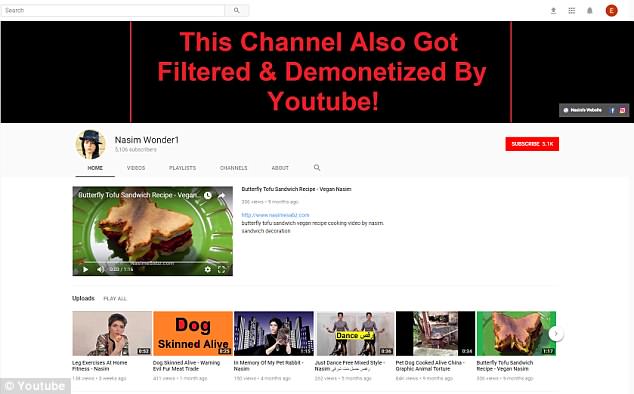 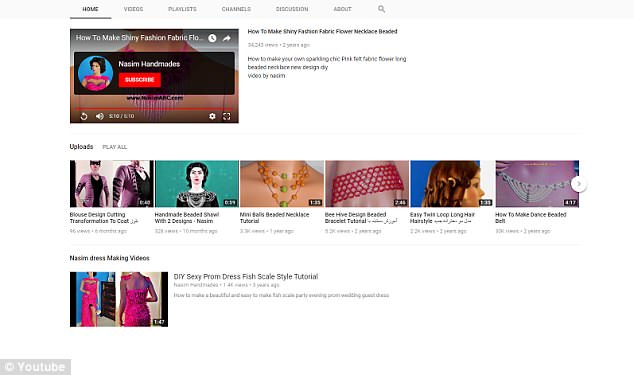 Aghdam had a significant online presence with multiple YouTube channels and social media pages. She posted an array of videos including workout clips, animal abuse videos and vegan cooking tutorials

Upon arrival, police found the woman dead inside the campus with self-inflicted gunshot wounds.

Officers patted down people to make sure none had weapons as police vehicles surrounded the area. 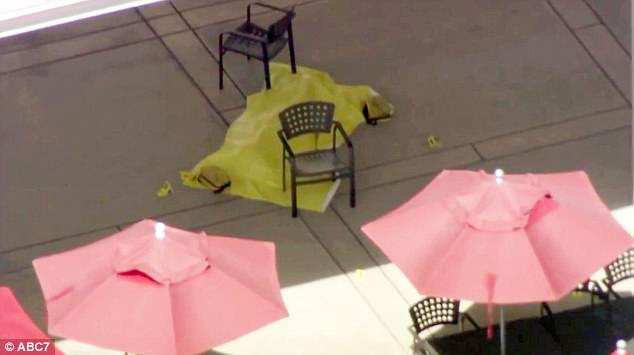 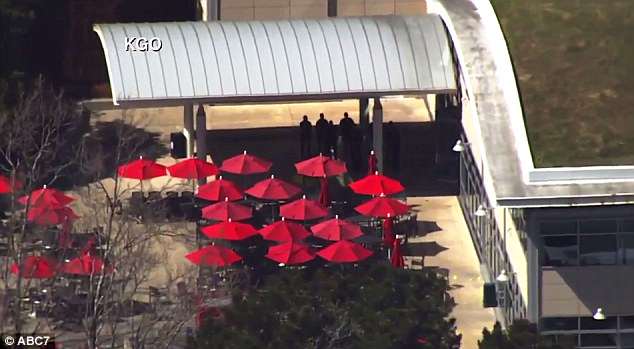 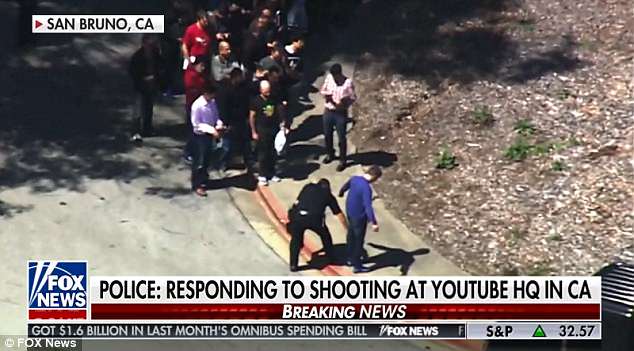 Law enforcement officials initially said the shooting was being investigated as a domestic dispute after early indications suggested she had shot her boyfriend. 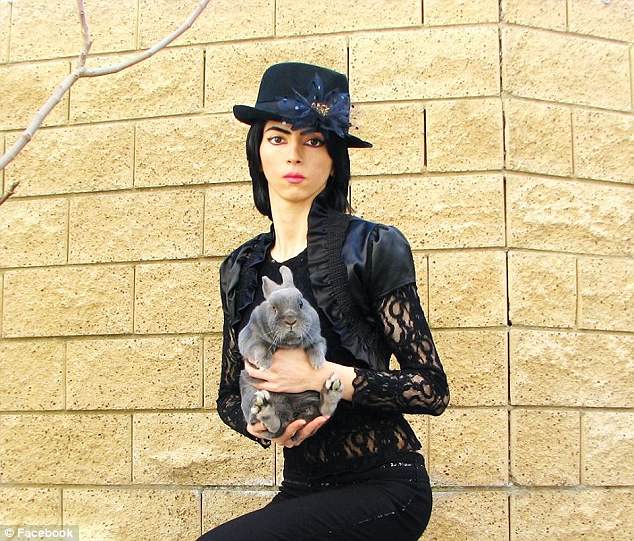 The father of Nasim Aghdam, 39 (pictured), who shot three people and then took her own life at YouTube’s headquarters on Tuesday warned police that his daughter hated the company

Witnesses say Aghdam was wearing glasses and a scarf when she opened fire on YouTube employees.

Law enforcement officials initially said the shooting was being investigated as a domestic dispute after early indications suggested she had shot her boyfriend.

Police did not release any further information on the suspect or comment on her possible motives for the shooting rampage.

The shooting had no known connection to terrorism, US government security officials said.

Her father told The Mercury News that the family did not know that Nasim owned a gun.

‘Maybe she bought one’ recently, he said.