Lori Loughlin’s daughter Olivia Jade still has a friend in YouTube star David Dobrik: ‘She is a strong girl and she’s a smart girl, so she’ll be good’

By Kate Durocher For Dailymail.com

While most of the world is putting Olivia Jade through the ringer, her fellow vlogging friend, David Dobrik is helping her cope with the hard time she’s currently facing.

The YouTube star told Us Weekly on Saturday that he’s been ‘keeping in touch’ with his pal. According to Dobrik, 22, everyone makes mistakes: ‘She is a strong girl and she’s a smart girl, so she’ll be good.’

Her mother Lori Loughlin cast a shadow on the family when she paid to help get Olivia into USC.

A true friend: David Dobrik, 22, told Us Weekly at the 2019 Kid’s Choice Awards that he’s been in touch with Olivia Jade, 19

As Olivia, 19, is being dropped left and right by companies she was previously partnering with, including Sephora and TRESemme, David is choosing to uplift the beauty who many are now scrutinizing.

Confirming he’s been supporting the stunner up close, the Slovakian-born internet personality, 22, exclusively told Us Weekly that ‘We’re definitely all checking in with her.’ 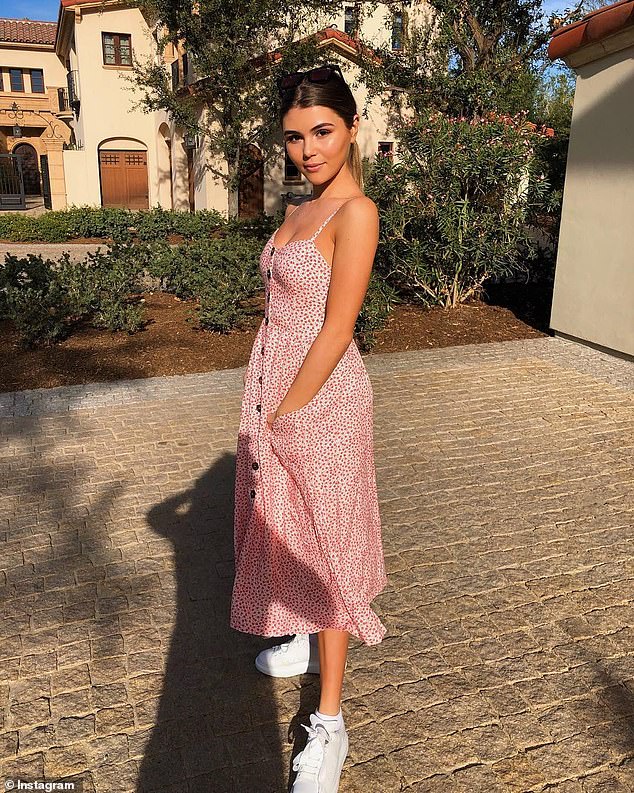 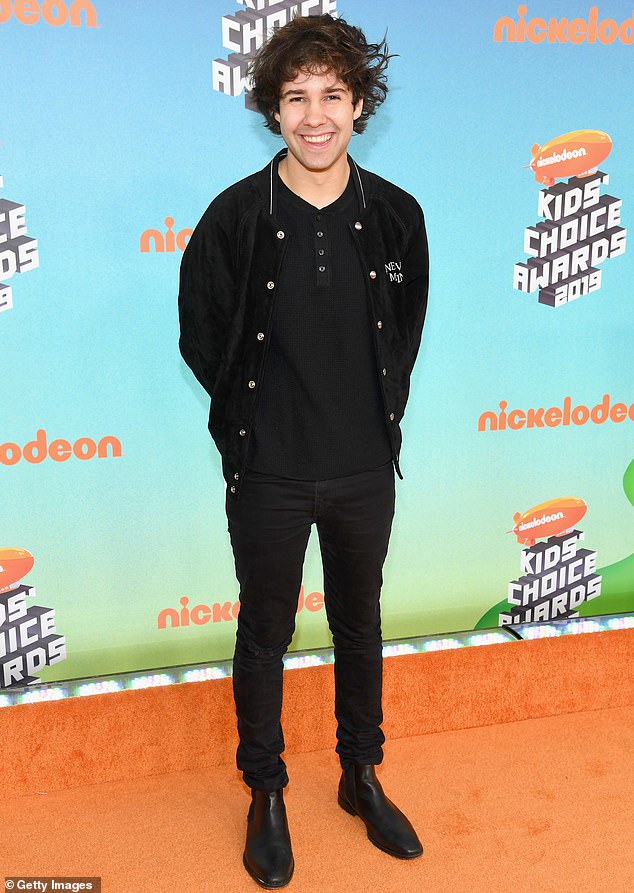 What a guy: David proved to be a good friend to Olivia, despite her current situation following the college cheating scandal she now faces. Here he is seen Saturday at the Kids’ Choice Awards in LA

While chatting with Liza Koshy’s ex at Nickelodeon Kids’ Choice Awards in Los Angeles on Saturday, David remarked on how someday he made need Olivia’s support in return.

‘Who knows? I’m gonna catch myself in some stupid stuff later and, hopefully, I’ll have a good support system too,’ he said. 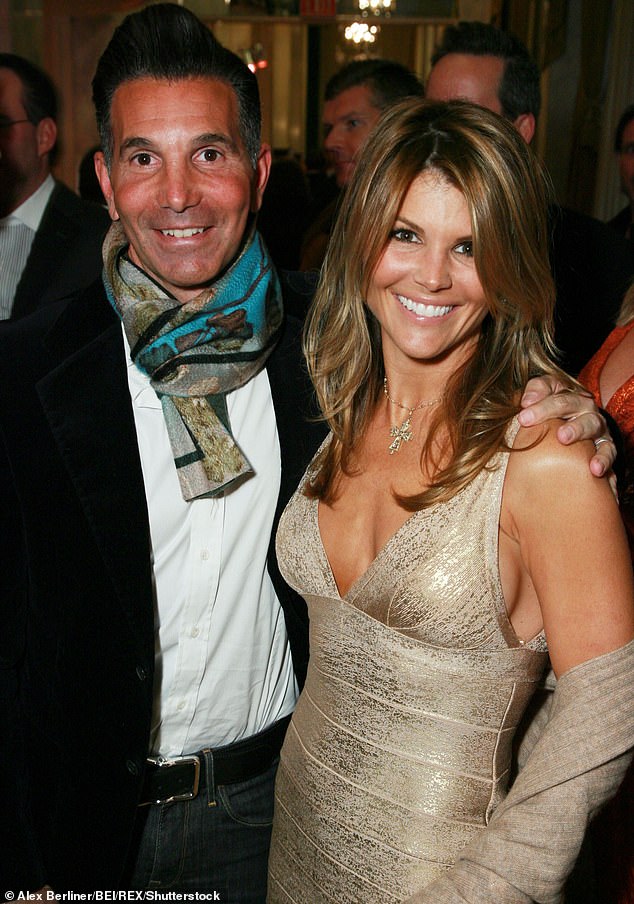 Olivia parents, Lori, 54, and Mossimo Giannulli, 55, were both arrested following news of the scandal, on a felony charge of conspiracy to commit mail fraud and honest services mail fraud. Both were released on $1 million bonds.

It has been claimed in documents that the pair ‘agreed to pay bribes totaling $500,000 in exchange for having their two daughters designated as recruits to the USC crew team — despite the fact that they did not participate in crew — thereby facilitating their admission to USC.’

The couple ‘always wanted the best’ for daughters and that meant being attached to impressive schools even if the kids did not want to go to them.

As for Olivia, sources for Us Weekly say she ‘She doesn’t know what to do next,’ as her social media career continues to go down the drains.

‘It’s now hard to make money and she receives hate if she even puts herself out there.’ 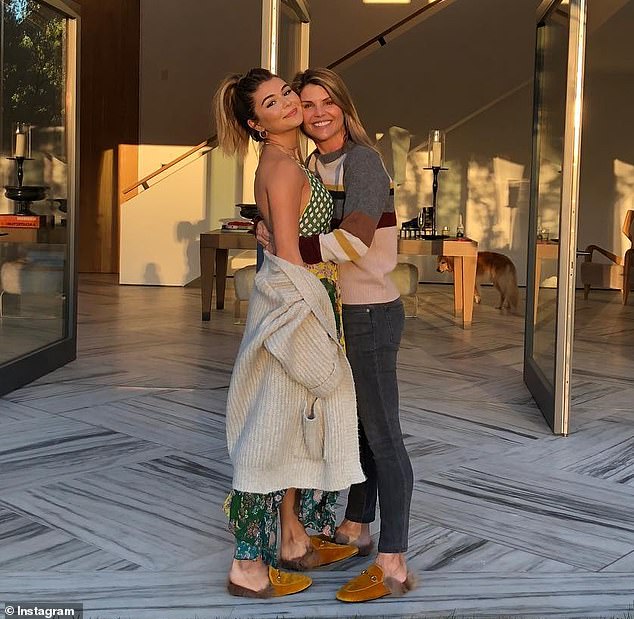 What a fiasco: Olivia hugged her mom as they stood outside their lavish house prior to the scandal