A German YouTube star had gone viral with an hour-long rant on Chancellor Angela Merkel’s governing CDU party for being ‘s***’.

Rezo’s video ahead of the EU elections – entitled ‘the destruction of the CDU’ – attacks the party as being ‘for the rich’ while criticising its record on climate change, security, drug laws and other issues.

While Rezo also takes aim at the centre-left Social Democrats and the far-right Alternative for Germany, the majority of his barbs are aimed at Merkel’s government.

At one point, he says: ‘You say that young people should be political, then you have to handle it when they think your politics are s***.’

German YouTuber Rezo, with his trademark shock of blue hair showing beneath his cap, addresses youngsters on the problems with Angela Merkel and the CDU in the hour-long rant posted on Saturday 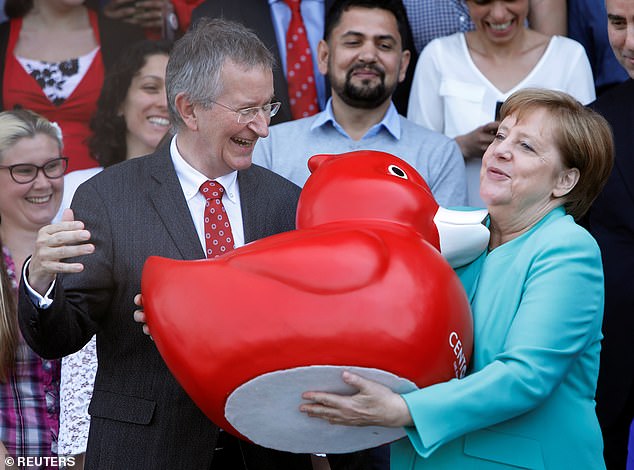 The 26-year-old, with his trademark blue fringe, also charges that the Christian Democratic Union is ‘destroying its reputation, election result, and finally itself’.

Rezo, 26, – whose real name is unknown – rose to popularity in 2016 after he began releasing cover versions of songs and mashups.

He has stated he lives in the western border city of Aachen and is a graduate of computer science from the Technical University of Dortmund.

He operates two separate channels on YouTube with more than 2.5 million subscribers total.

His videos range from music videos to the ‘challenge’ type where he often interacts or meets with other prominent YouTubers which are usually around 10 minutes long.

A recent example is his ‘Helium Challenge with Water Punishment’ alongside two other YouTubers Julia Beautx and Julien Bam. It has clocked more than a million views.

Rezo began his channel as a guitarist, singer and music producer but has expanded his content to more light-hearted and humorous clips.

Media analysts have expressed surprise that an hour-long political lecture could earn him so many views.

The video was released on Rezo’s popular YouTube channel on May 18 ahead of the European elections, which are taking place across 28 member states between May 23 and May 26.

Since then it has racked up more than 5million views, compared to just 1.68million people who watched a televised debate between centre-right EPP bloc candidate Manfred Weber and his Socialist challenger Frans Timmermans.

In the video description, Rezo wrote: ‘The European election or EU election is upon us.

‘Whether CDU, SPD or AfD are good parties in line with science and logic, I try to answer in this video.

‘In any case: go to vote next weekend. Otherwise retirees will decide your future and that is not cool.’

In a sign of the times, CDU party heavyweights decided to put out an official response to Rezo’s video, accusing him of misrepresenting the facts.

Party chief Annegret Kramp-Karrenbauer, who is poised to succeed Merkel when the veteran leader steps down by 2021, dismissed the wide-ranging attack.

She said: ‘I asked myself why we’re not also being held responsible for the seven plagues in ancient Egypt.’

The party’s general secretary Paul Ziemiak accused Rezo of ‘false claims’ and ‘making things seem easier on the Internet than they actually are’. 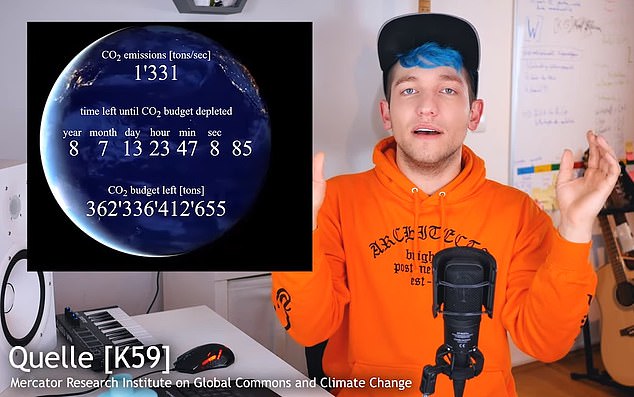 Rezo introduces data to his lengthy discussions on the failings of the CDU, as pictured above beside an info-graphic on CO2 emissions

But the 33-year-old former chief of the CDU’s youth wing conceded that his party was struggling to reach younger generations online.

‘We need to be more present online,’ said Ziemiak. ‘We must use the Internet more to make complex questions more understandable.’

Pro-European parties are expected to take a hammering at ballot boxes across the continent this week as an energised populist movement revolts against the establishment.

In Britain, where polls open today, the Brexit party led by Nigel Farage has been top of the polls for weeks, ahead of the pro-European Liberal Democrats. 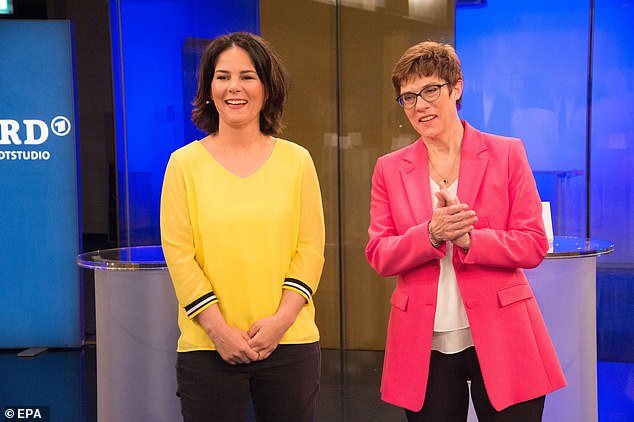 Voting will continue across Europe until Sunday night, when results will be announced.

Constituents are electing members of the 751-seat European Parliament, which will drop to 703 seats when the UK leaves the bloc. 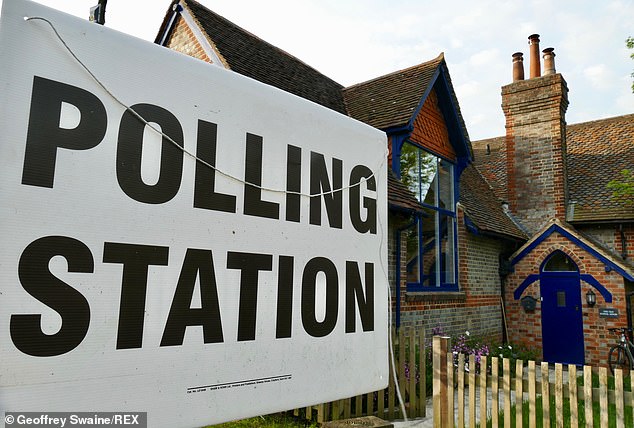 A polling station is set up at Dundsen Village Hall, Oxfordshire European Elections – pro-European parties are expected to take a hammering at ballot boxes across the continent this week 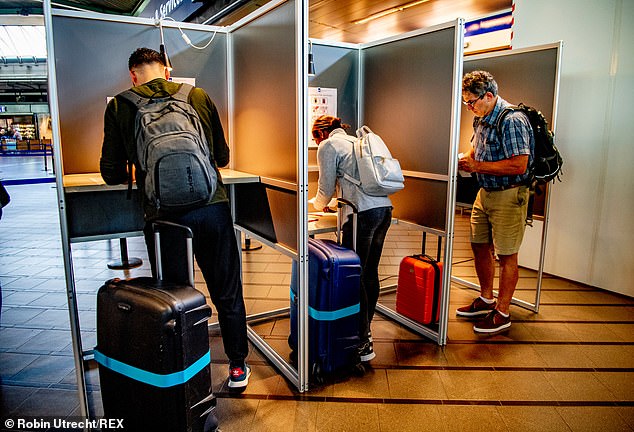 Voting for the European elections at Amsterdam Airport Schiphol