YouTube star Shane Dawson denies having sex with his cat

‘I didn’t f**k my cat!’ YouTube star with 21 million subscribers is forced to deny he had sex with his pet after facing huge backlash for crude ‘joke’

YouTube star Shane Dawson has been forced to publicly deny ever having sex with his cat after facing huge backlash online following a crude joke he made about it.

The 30-year-old, who has 21 million subscribers, fired off a series of tweets on Sunday after a 2015 clip of him admitting to performing a sex act on his cat resurfaced online.

Dawson made the initial comments on a podcast three years ago during which he claimed to have done ‘terrible things’ to his pets.

YouTube star Shane Dawson, who has 21 million followers, has been forced to publicly deny ever having sex with his cat after facing huge backlash online following a crude joke he made about it 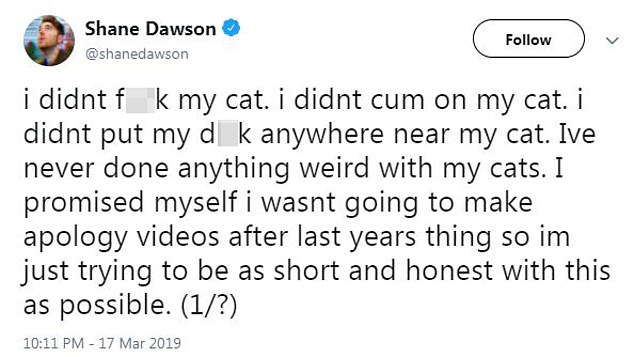 ‘One time, I laid my cat down on her back,’ he said, before adding that he ‘came all over her’.

Dawson went on to say that he was 19 years old at the time.

The audio of the podcast resurfaced on Twitter on Sunday and prompted Dawson to deny the story was ever true.

‘I’ve apologized many times for all the dumb s**t I’ve said in videos and podcasts over the years. I’ve learned my lesson over and over again and I’m more confident now in my ability to be entertaining by just being myself and not being so shocking for laughs.

‘That story was fake and was based on a dumb awful sketch idea I had years ago that I never made (THANK GOD) and when the opportunity came up for a funny moment in the podcast I told it as if it was a real story which was DISGUSTING and VERY VERY DUMB. 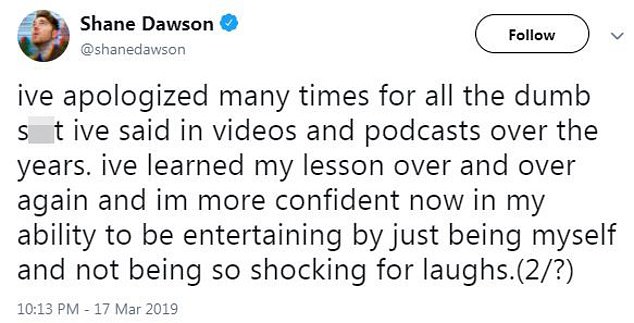 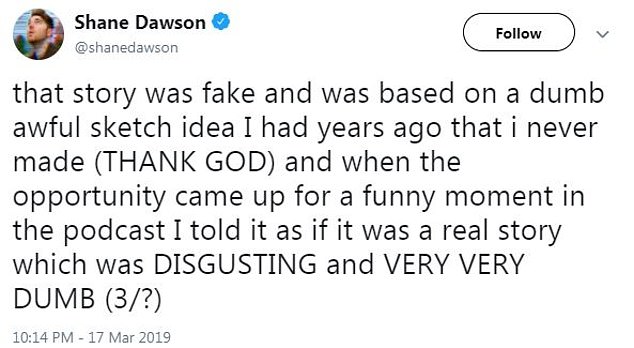 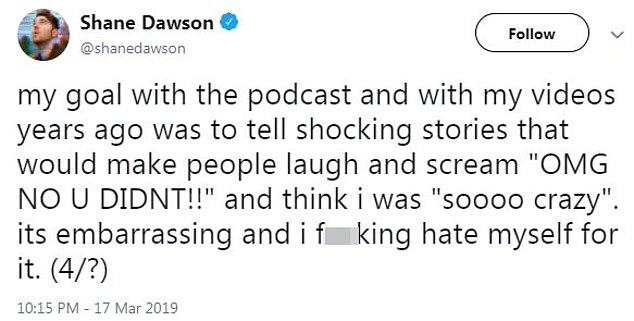 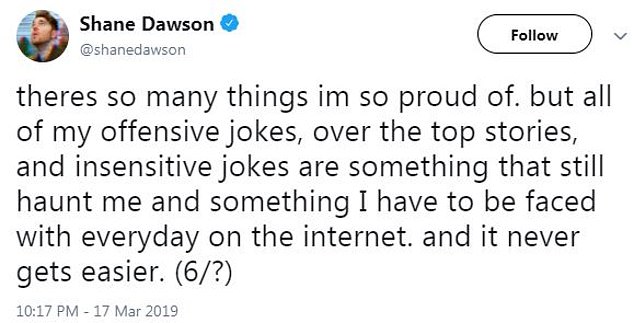 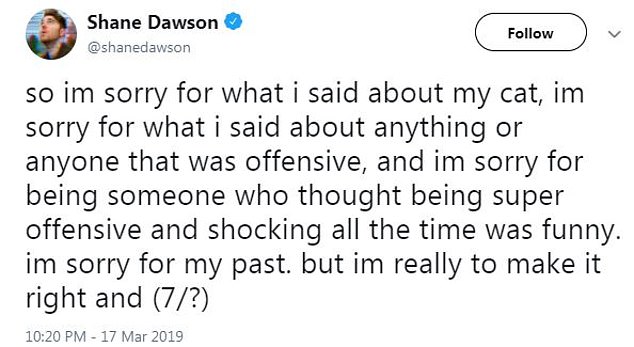 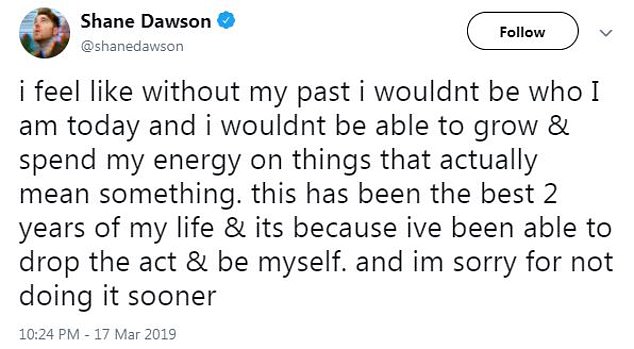 ‘There’s so many things I’m so proud of. But all of my offensive jokes, over the top stories, and insensitive jokes are something that still haunt me and something I have to be faced with everyday on the internet. And it never gets easier.’

Dawson has previously been embroiled in controversy following comments he has made about pedophilia.

Those comments, which were also made on his podcast, involved him saying a six-year-old Instagram star was ‘sexy’.

‘She shows me her Instagram, and – first of all, I don’t know if I’m allowed to say this, but she was kind of sexy,’ Dawson said.

His shocked co-host said his comments were ‘disgusting’ and added that he had a disturbing ‘justification for pedophilia’. 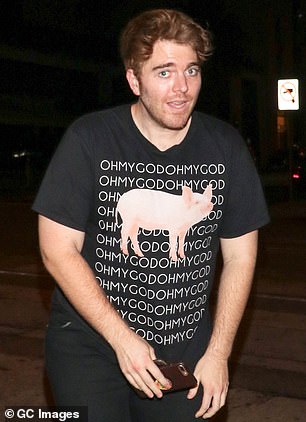 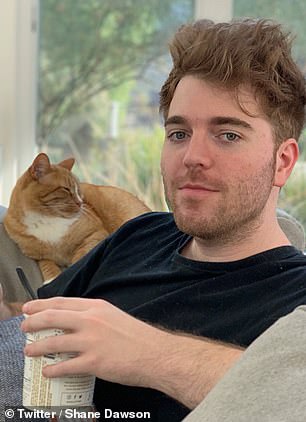 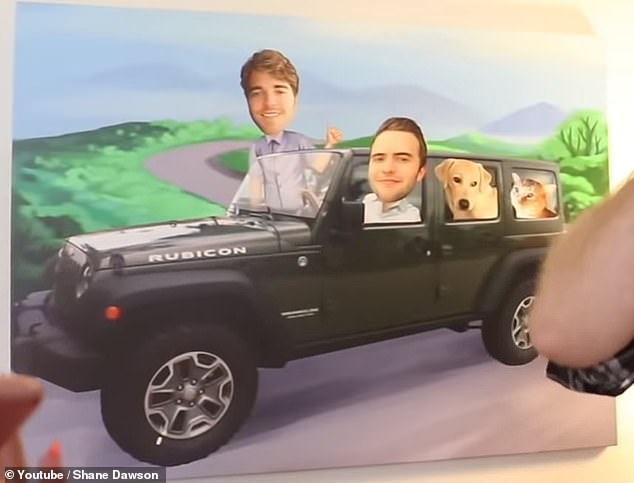 Dawson responded by saying: ‘Having sex with children or touching children is terrible and you should not do it. But, here’s my thing – people have foot fetishes. People have fetishes about everything.’

In his series of tweets on Sunday apologizing for the cat comments, Dawson said his goat with his podcast and past YouTube videos was to ‘tell shocking stories that would make people laugh and scream “OMG NO U DIDNT!!’.

‘It’s embarrassing and I f**king hate myself for it,’ Dawson tweeted.

‘Now that I’m making stuff I love and I’m being myself it feels so much better and I finally feel like I’m putting stuff out into the world that means something. I’m not saying I hate everything I’ve made over the years.

‘I feel like without my past I wouldn’t be who I am today and I wouldn’t be able to grow and spend my energy on things that actually mean something. This has been the best two years of my life and it’s because I’ve been able to drop the act and be myself. I’m sorry for not doing it sooner.’