The online streaming platform is developing a new division dedicated to making the content which will be headed up by YouTube veteran Ben Relles.

It is hoped creating unique content for the site will bring in more users and more money from advertisers.

Mr Relles started at YouTube in 2011 and has worked on various programmes for the company’s ‘unscripted’ programme.

A timeline has not been announced and would mark a new era for YouTube’s content.

It has so far been focusing on reality and live TV and curating a library of interactive content would need significant investment from parent company Google. 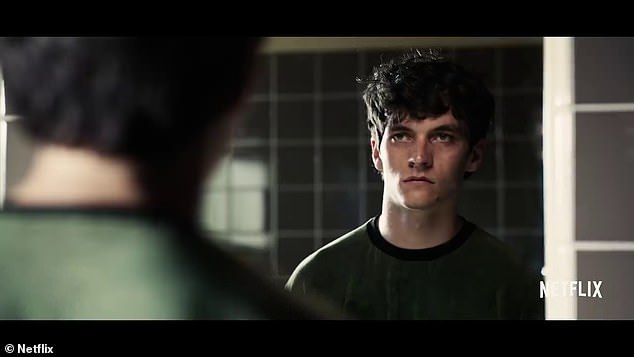 Netflix stunned viewers around the world when it unveiled Bandersnatch – its own interactive film based on a young game developers journey. YouTube is now intending to get its own piece of the pie

Netflix stunned viewers around the world when it unveiled Bandersnatch – its own interactive film based on a young game developers journey.

The streaming giant intends to create more content like Bandersnatch and Netflix boss Todd Yellin has revealed its future plans.

Speaking at a conference in Mumbai, he said: ‘Expect over the next year or two to see more interactive storytelling.

‘It could be a wacky comedy. It could be a romance, where the audience gets to choose – should she go out with him or him.’

Netflix is leading the way with current interactive content after the huge success of Bandersnatch.

Users watching the programme are presented with choices at certain points along the story line.

The viewer can then select certain routes and carve out a route throughout the story.

Each choice leads to a different adventure, so you can watch again and again, and see a new story each time.