Emirates, the Middle East’s largest air carrier, has just upped its game after unveiling its brand new, state-of-the-art first class suites – which are estimated to cost from £7,000 per flight.

The fully-enclosed cabins measure 40 square-foot (3.7-square-metres) and are billed as ‘game-changers’ with their privacy, gourmet dining, mood lighting and 32in TV screens.

And now YouTube star Casey Neistat has given the swanky suites his seal of approval. 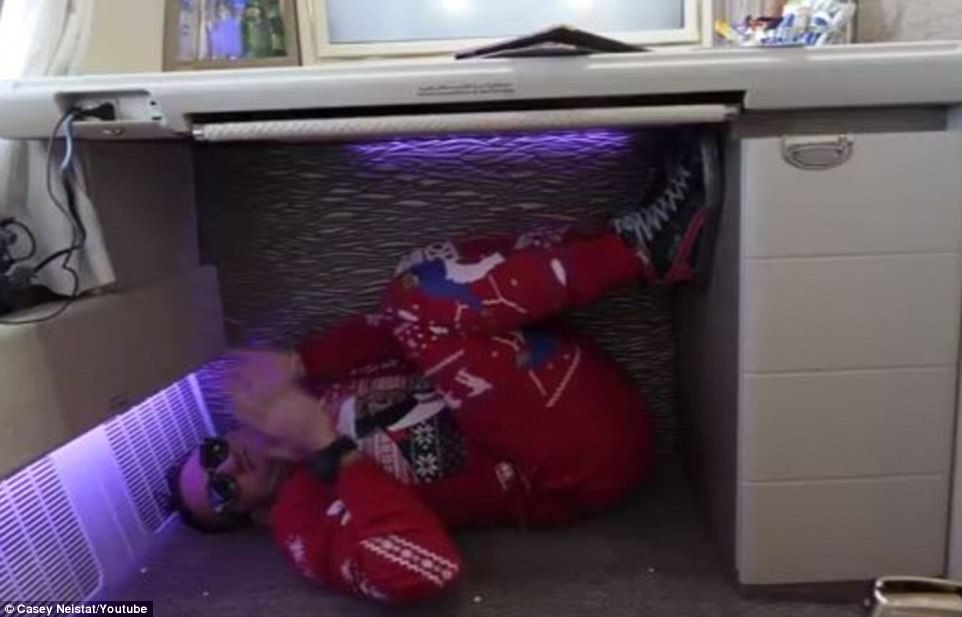 ‘The legroom borders on the ridiculous,’ says Neistat. ‘You could fit a small family down here [said as he squeezes under the table in front of his seat]’ 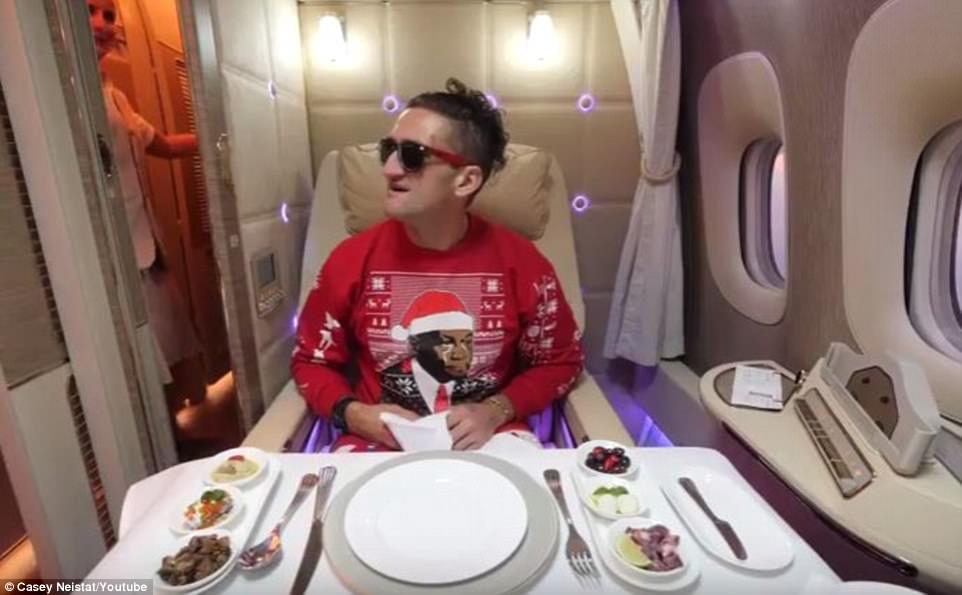 Neistat is pictured here being served a gourmet meal. His online review has been watched over three million times

After travelling from Brussels to Dubai in one, he declared them the ‘all time greatest airplane seat’.

‘It feels like a small but extremely elegant hotel room than it does an airplane seat,’ he says on his vlog, which has so far garnered more than three million views.

The seats feature floor-to-ceiling sliding doors for maximum solitude and most also provide a window view, which can be enjoyed with a personal pair of binoculars.

Those positioned in the middle aisle are given ‘virtual windows’, which live-stream views from the plane via fibre optic external cameras, ensuring they don’t miss out. 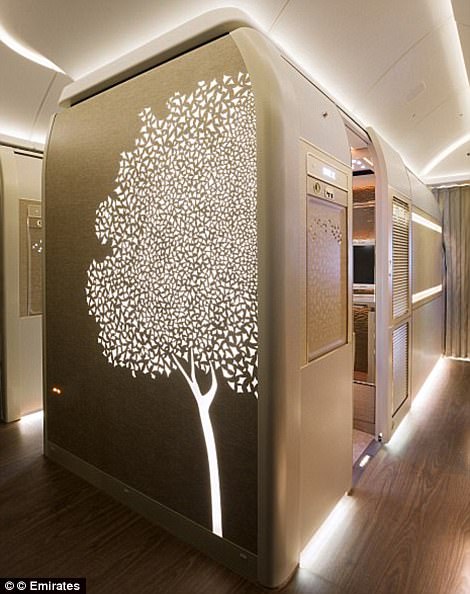 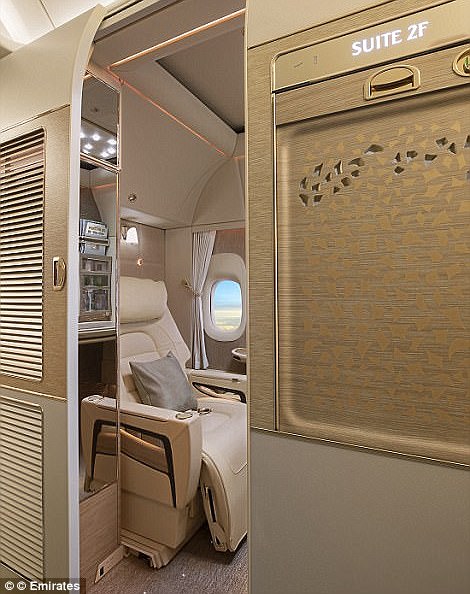 The fully-enclosed cabins measure 40 square-feet (3.7-square-metres) and are billed as ‘game-changers’ with their privacy, gourmet dining, mood lighting and 32in TV screens

As if that wasn’t enough, the cabins also come with a personal wardrobe, private stowage space for carry-on bags, soft lighting and temperature settings that can be customised at a touch of a button.

‘The legroom borders on the ridiculous,’ continues Neistat. ‘You could fit a small family down here [said as he squeezes under the table in front of his seat].’

He is amazed at the fact that the suite comes with two screens [the 32in one and one iPad] that are not connected, so you can double-screen to your heart’s content.

Neistat also marvels at the video call facility, which puts passengers through to the cabin crew via the iPad.

‘It really was all it’s cracked up to be,’ he concludes as he disembarks. ‘It was everything I ever wanted.’

Jeremy Clarkson, who Emirates used to launch the private suites, said: ‘Seriously, these new seats on Emirates are better than half the hotels I ever stay in.’ 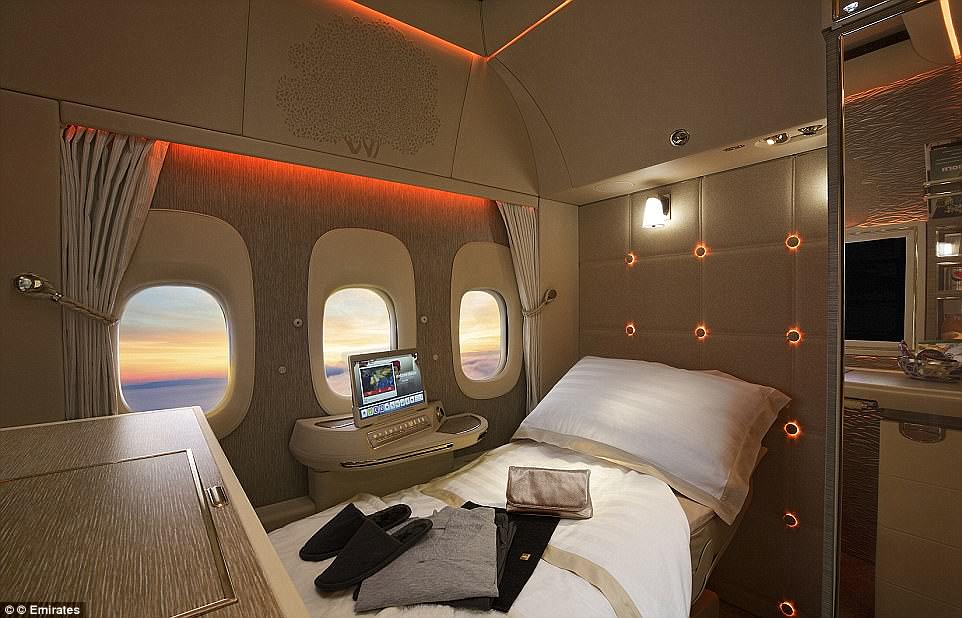 Neistat concludes: ‘It really was all it’s cracked up to be. It was everything I ever wanted’