A young Florida woman first posted bail for Zachary Cruz when he was arrested Monday night and charged with trespassing at his former school.

The 18-year-old brother of Nikolas Cruz was picked up by by an officer with the Broward County Sheriff’s Office just before 5pm after he rode his skateboard through the grounds of Marjory Stoneman Douglas High School.

He was booked on a misdemeanor charge of trespassing and his bond amount was set at $25, which is the standard rate for this offense.

That $25 was posted that same day by Andrea Hadyar, who records show paid the amount in cash on Monday.

It is not clear how Hadyar, 22, knows Zachary, who is still a high school senior. 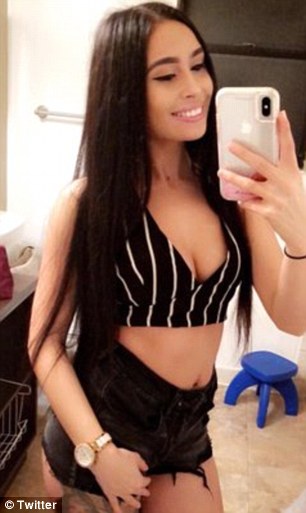 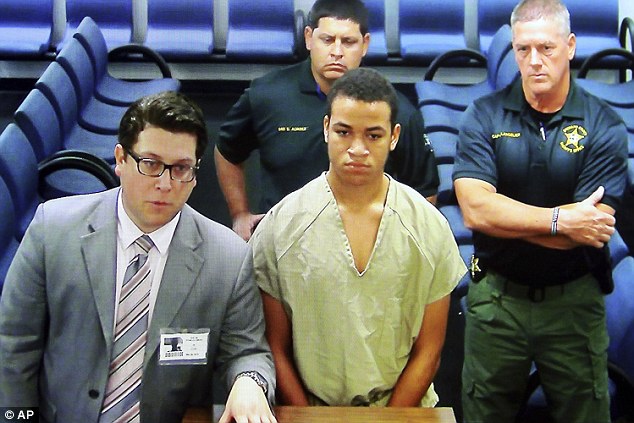 Up the ante: The day after she posted that bond the teenager’s bail was increased to $500,000 amidst claims he had been told by officials to stay off the campus (Zachary in court on Tuesday)

Zachary appeared in court the day after Hadyar posted that bond, and learned that $25 would not be enough to get him out of custody.

The arrest report claims that Zachary told police he entered the grounds to ‘reflect non the school shooting and to soak it in.’

He was picked up after leaving the grounds, and on Tuesday the Broward County Sheriff’s Office announced that a deputy who was patrolling the school at the time was being suspended after he was found asleep in his car following Zachary’s arrest.

Zachary’s time on the campus was caught on the school’s surveillance camera according to the arrest report.

The arrest report also states that Zachary had been told by school officials ‘to refrain from entering the school campus.’ 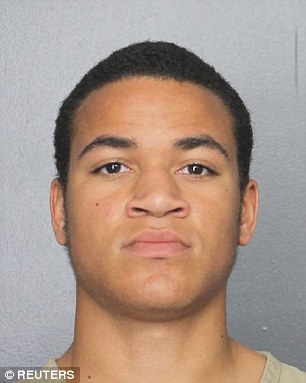 Mugshot: It is unclear how Hadyar and Zachary know one another

It is unclear how that information was relayed to Zachary or when, and the Broward County School Department did not respond to a request for comment.

Assistant State Attorney Sarahnell Murphy referenced this demand in asking that the bail for Zachary be increased, and Judge Kim Theresa Mollica agreed with the argument.

The bail for Zachary was then increased from $25 to $500,000, with the defendant also given a list of demands he had to adhere to should he manage to post the necessary amount.

Those included wear an electronic monitor, receive a psychological evaluation, not visit his brother in prison, not go within a mile of Marjory Stoneman Douglas High School and stay at l;east 500 feet away from all schools and child care centers.

Murphy had originally requested that bond be set at $750,000, claiming this was the third time that Zachary had been caught trespassing at the school.

If he is released Zachary will also not be able top possess a gun under a law that was passed in the wake of his brother’s mass shooting.

Hadynor meanwhile retweeted a young man on Tuesday who wrote: ‘Zachary Cruz, the brother of Parkland shooter IS NOT the Parkland shooter. Don’t punish him for his brother’s sins. Likely, he needs help coping. He too is a victim of his brothers misdeeds. Get him help NOT a rap sheet to further isolate him from society.’ 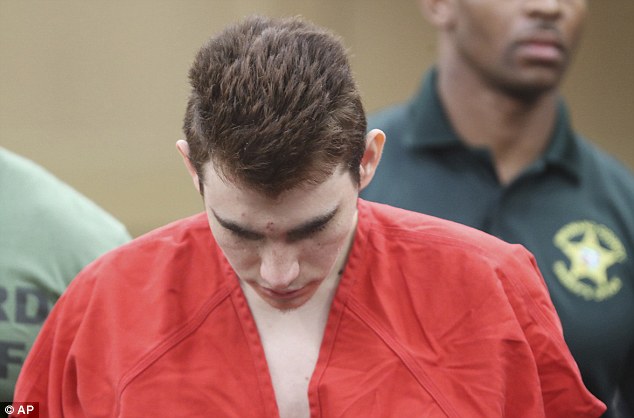