Zarco RUNS over finish line with bike to collect points

Johann Zarco has been lauded for his courage in his maiden MotoGP season, but the Frenchman was forced to run alongside his bike at Sunday’s San Marino Grand Prix after a lack of fuel.

Marc Marquez took a sensational win at Misano to deny Pramac Ducati and Danilo Petrucci maiden victories in the premier class, with Zarco on course for a commendable seventh-place finish in the wet before he ran into late trouble.

The 27-year-old ran across the finish line with his Monster Yamaha Tech 3 machine, pushing a 160-kilogram motorcycle, with commentators revealing the reason for his troubles. 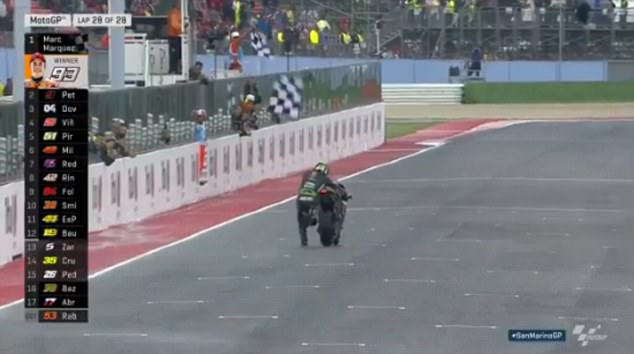 But the Frenchman reacted fast, taking his 160-kilogram motorcycle up the home straight 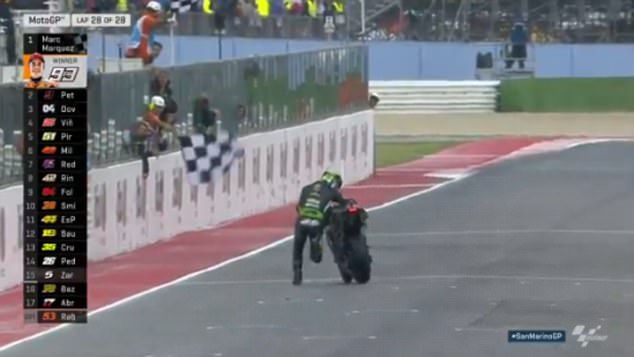 As his rivals sauntered past on the home straight, Zarco sensationally managed to seal 15th place – in the last point-paying position ahead of Loris Baz and Karel Abraham.

Zarco is sixth in the championship, having scored in each race since crashing out of first place on his debut in Qatar.

Marquez seized the lead on the last lap to win a soaking Grand Prix for Honda and pull level at the top of the overall standings with works Ducati rider Andrea Dovizioso.

Italian Danilo Petrucci, who led for much of the race at Misano’s Marco Simoncelli circuit on Italy’s Adriatic coast, had to settle for second on a non-works Ducati with compatriot Dovizioso a distant third. 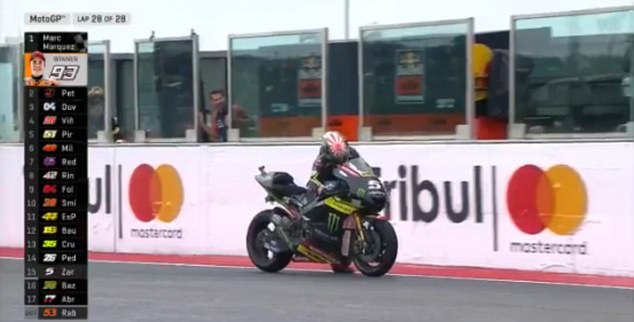 Zarco is sixth in the championship, having scored in each race since crashing out on his debut 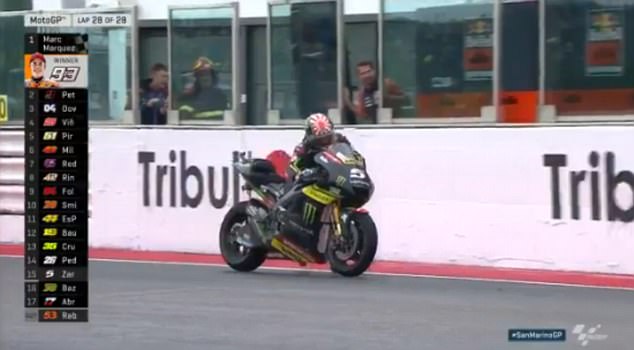 Marquez and Dovizioso are now tied on 199 points with Spaniard Maverick Vinales, who finished fourth for Yamaha, third on 183.

The top two have both won four races but Marquez has more second places.

Vinales had started on pole position and was the sole works Yamaha rider in the race after Italian Valentino Rossi, who is fourth in the championship on 157 points, broke his leg in training last week.

However it was fellow-Spaniard and triple MotoGP champion Jorge Lorenzo who made a lightning start to take the lead on the opening lap for Ducati. 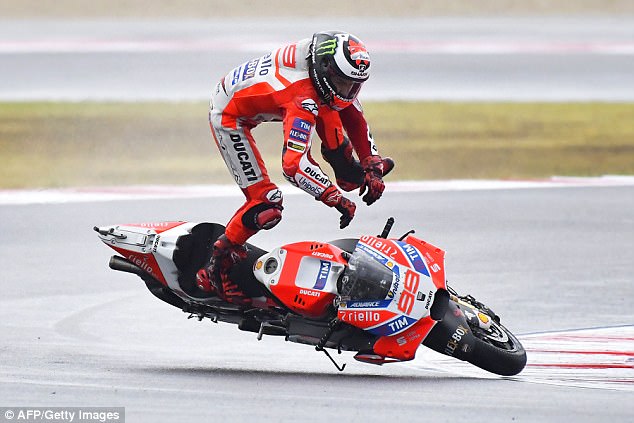 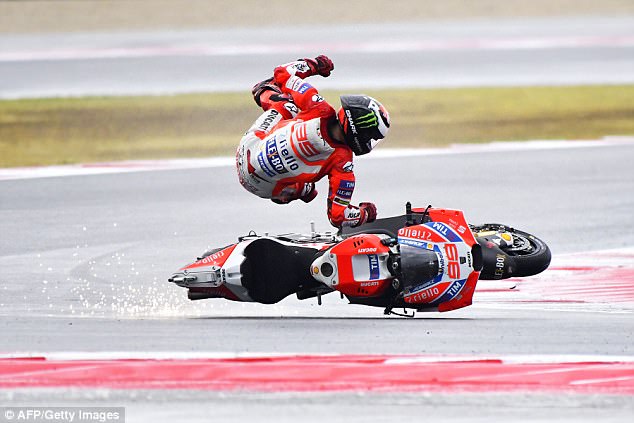 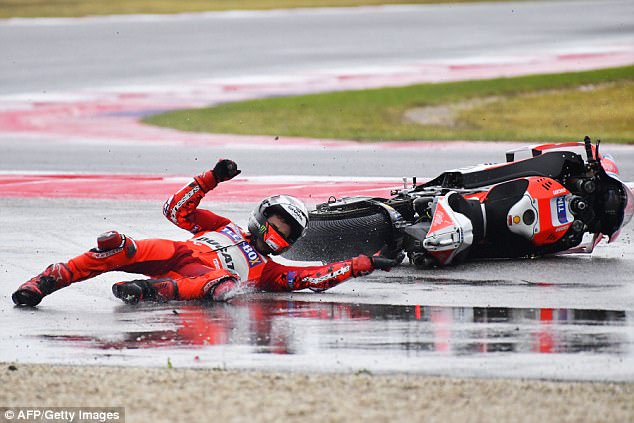 Lorenzo pulled away but crashed on the seventh of 28 laps, flipping off the bike at turn six and handing the lead to Petrucci.

The Italian, who has yet to win a race in the top category, then led the next 20 on his Pramac Ducati with Marquez closing in and biding his time before making the move at the start of the last lap.

‘For a moment I thought of staying in second position. Then on the last lap I said ‘I try’. This championship is really tight and five points can be a lot in the end.’

‘After Silverstone this victory is really important for myself and the team,’ added the 24-year-old, who retired with a blown engine in the previous round in Britain. His last lap was also the fastest of the race. 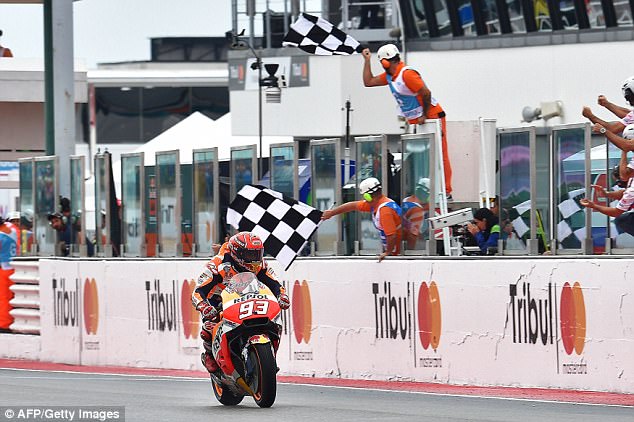 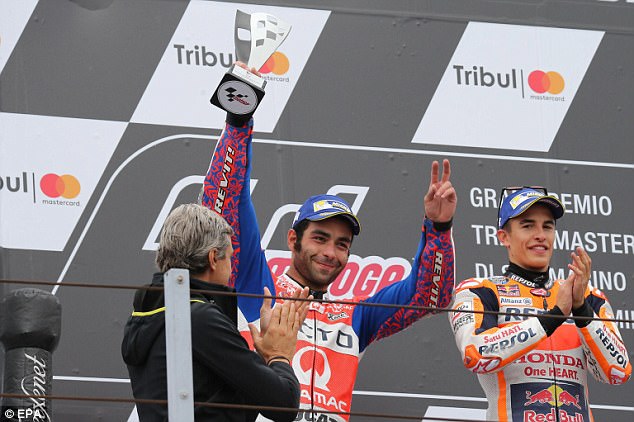