Zeljko Buvac has still not buried the hatchet with Jurgen Klopp

It has not been the best of weeks for Jurgen Klopp.

Following a harrowing 7-2 defeat to Aston Villa on Sunday, the German manager would perhaps have been hoping for a quiet start to the international break. Instead, he has had to deal with the ghosts of relationships past.

His gleaming smile already dulled by the humiliation at Villa Park, Klopp’s scowl no doubt darkened further at the emergence this week of comments from his former right-hand man Zeljko Buvac, who left Liverpool under a cloud in 2018 after nearly two decades at Klopp’s side. 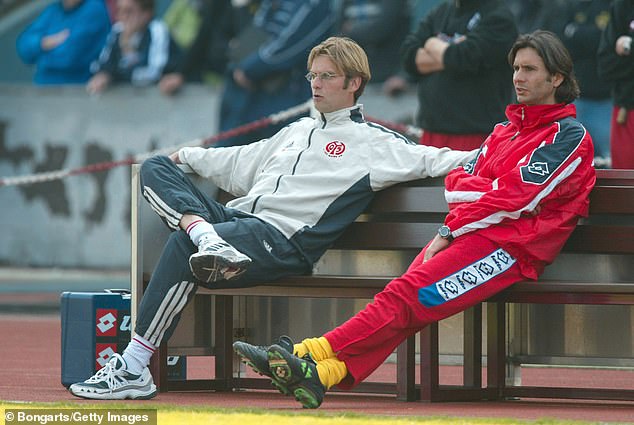 The pair had enjoyed a 17-year managerial relationship at Mainz, Dortmund and Liverpool

As reported by The Athletic, Buvac – now sporting director at Dynamo Moscow – reportedly delivered a stinging appraisal of his 17 years of collaboration with the Liverpool boss.

‘I did the coaching job, with the exception of the interviews,’ he was quoted as saying by The Athletic. ‘It felt like I’ve been the manager for all those 17 years. I had all the functions and tried to influence my team as much as I could to help them succeed, but I didn’t need that kind of attention.’

For the usually taciturn Bosnian, it seemed an unusually catty remark, and a neatly timed reminder that Klopp, for all his outward charm, is also capable of rubbing people up the wrong way.

Over two years on from their unexpected split, it seems the two friends have still not buried the hatchet. The reasons why remain one of the great mysteries of the German’s illustrious career. 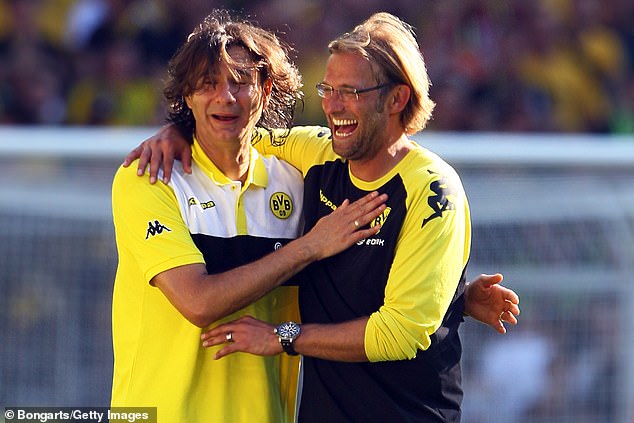 At the time, Buvac’s departure from Liverpool was smoothed over with all the professionalism of a modern superclub, yet the faint whiff of acrimony has lingered on ever since.

When he won the Premier League title earlier this year, Klopp made no mention of Buvac in his gushing dedications. Buvac, in turn, admitted this week that he had not congratulated his old friend on his greatest triumph.

Such distance is remarkable in what was once one of the closest managerial relationships in European football. Having pledged to work together while they were still players, Buvac and Klopp became an unbeatable dugout duo at Mainz, Borussia Dortmund and later Liverpool.

For 17 years, the Bosnian played an indispensable role in the German’s many triumphs. Klopp nicknamed him ‘the brain’, and he was equally important for the players. ‘What Zeljko says is law,’ declared Dortmund midfielder Nuri Sahin at one point. 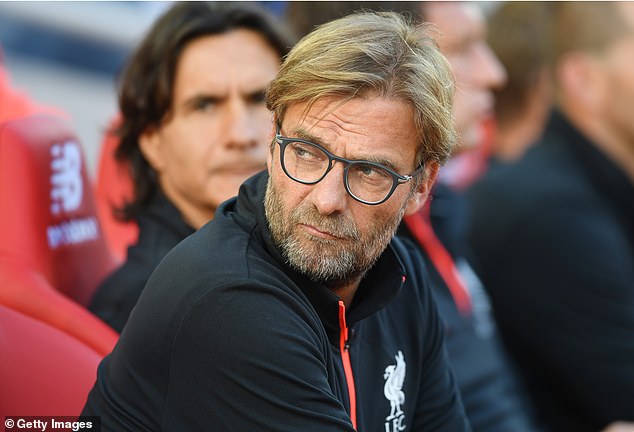 Buvac, described as ‘The Brain’ by Klopp, left Liverpool in 2018 for ‘personal reasons’

Then suddenly, shortly before the 2018 Champions League semi-final, it was all over. After 726 games together, Buvac and Klopp were suddenly no more, and nobody could give a clear reason why.

‘I couldn’t imagine them not being together,’ remarked a baffled Christian Heidel, who had worked with them as Mainz sporting director.

Klopp’s biographer, Raphael Honigstein, has suggested that Buvac was increasingly sidelined by the growing influence of other assistant coaches at Liverpool such as Pepijn Lijnders.

Given that Klopp’s two greatest achievements came after the split with Buvac, there is also perhaps something in the notion that he had simply outgrown his former assistant. People change, after all, as does football. 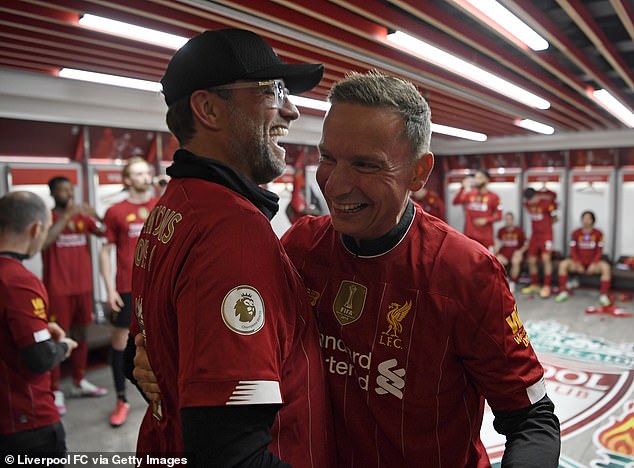 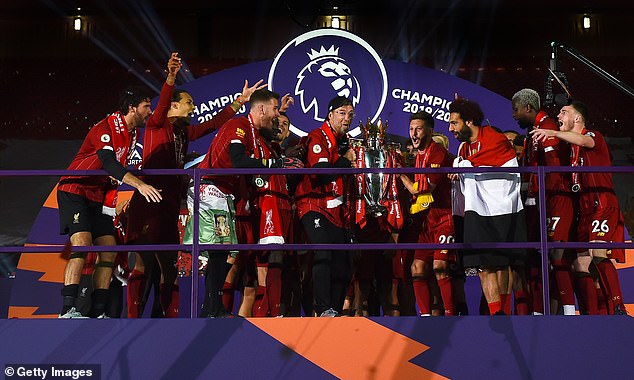 Yet would that explain the lingering acrimony? Heidel, speaking just days after the split in the spring of 2018, noted that the two had often been at each other’s throats, even when they were at Mainz.

‘I know they are two highly emotional guys. Sometimes it would blow up between them in Mainz, and you’d think the door was going to blow off its hinges. Instead, they’d come out arm in arm and go into the pub across the street,’ he said.

Perhaps such a fiery relationship was always going to end in flames. It certainly seems that, as well as diligently keeping the beat behind Klopp’s frontman act, Buvac was sometimes called upon to bear the brunt of the German’s temper.

In a rare interview with Spox website earlier this year, former Dortmund physio Frank Zoellner described how Klopp would occasionally fly off the handle when informed of an injury. ‘In those moments, Buvac would often come along and say ‘Kloppo, go smoke a cigarette and calm down’. Klopp, he said, would later apologise. 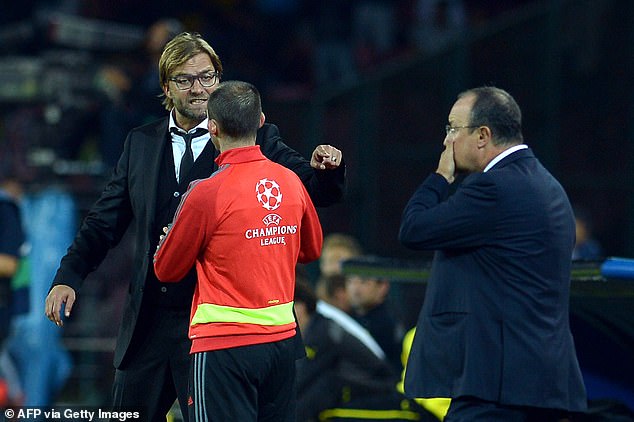 Klopp’s wrath – and his tendency to take it out on unsuspecting individuals – have also left Buvac exposed by the limelight he professes to reject. The first time most Germans became aware of the Bosnian was in 2013, when he was forced to take charge of a Champions League game after the Dortmund boss was suspended for an infamous, spittle-flecked rant at a fourth official against Napoli.

The incident also prompted the first major revision of Klopp’s image in the German-speaking press, with the Swiss newspaper Neue Zürcher Zeitung describing him as a ‘narcissist’.

Whatever the nature of their own dispute, Buvac’s comments this week were another reminder that Klopp has darker depths behind the gleaming smile. To be ‘normal’, after all, is to be fallible.

And in the last few days, Klopp’s fallibility has been doubly exposed: on the pitch by Aston Villa, and off it by the apparent divide between him and his one-time confidant.