‘Zidane is trying to kidnap Mbappe!’: Fans react as Real Madrid boss, who is desperate to make the PSG star his next Galactico, collides with him on the touchline during Champions League draw

A collision on the touchline between Zinedine Zidane and Kylian Mbappe last night has triggered a number of comical reactions on social media.

PSG forward Mbappe innocuously jumped into the Real Madrid manager whilst trying to keep the ball in play during Tuesday’s 2-2 draw at the Santiago Bernabeu, which assured the Ligue 1 champions of top-spot in Champions League Group A.

The 20-year-old striker went onto score PSG’s first as they dramatically came back from 2-0 down to salvage a point, but it’s the incident with Zidane which had fans amused after the game. 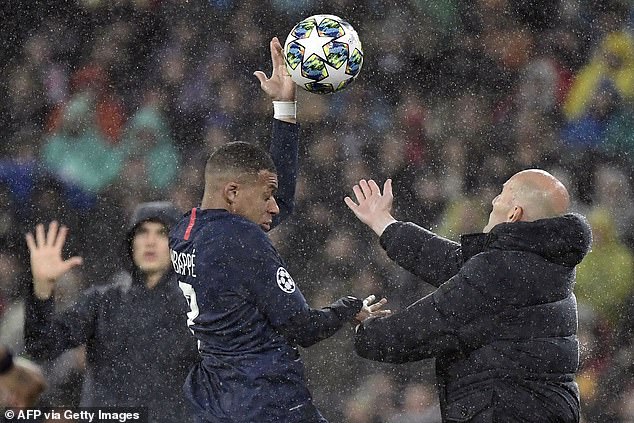 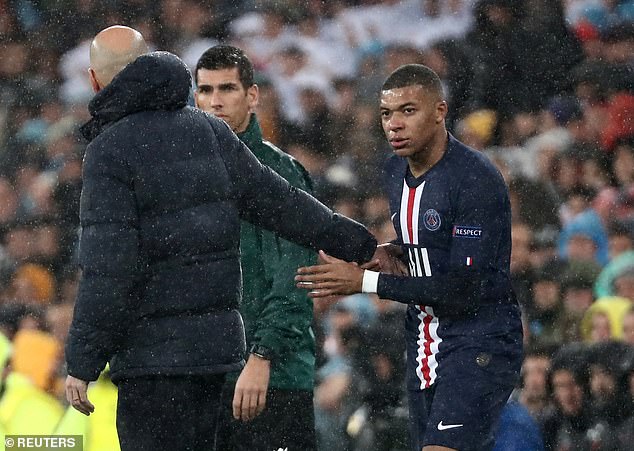 The pair seemingly thought absolutely nothing of the incident, and tapped hands afterwards

One responded by saying ‘Zidane is trying to kidnap Mbappe!’ while another joked ‘Zidane is really trying everything to get Mbappe to sign for Real Madrid.’

The Real Madrid boss spoke before the game about his genuine ‘love for Mbappe’ – the player has continuously been linked with a move to the Spanish capital.

‘I’m already in love with Mbappe,’ said Zidane on Monday, not holding back on praise of the 20-year-old World Cup winner.

‘I’ve known Mbappe for a long time, he came to do a test,’ Zidane added, referencing a time the forward came to Madrid as a youth player. 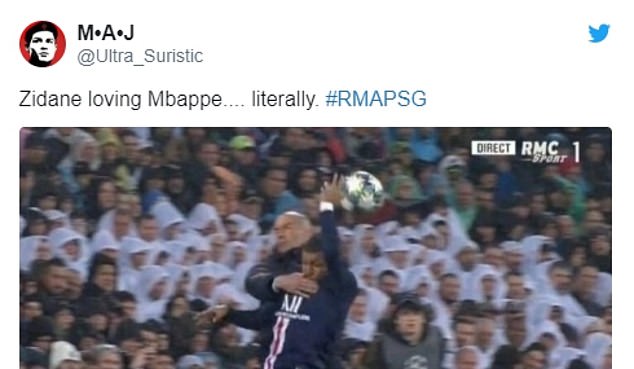 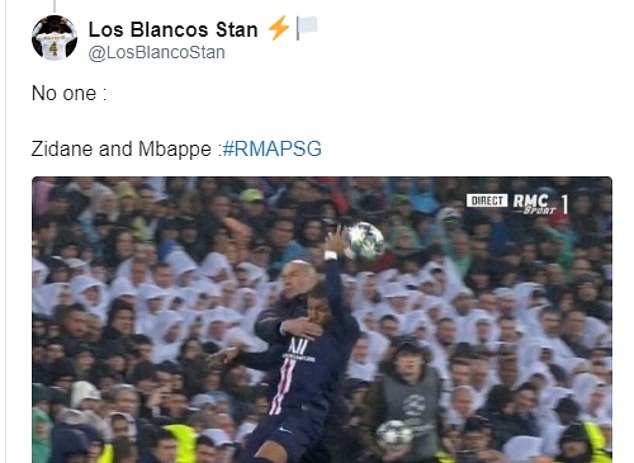 The 20-year-old World Cup winner certainly showed the Madrid faithful what he is all about, tapping in PSG’s first following some miscommunication between Raphael Varane and Thibaut Courtois.

PSG manager Thomas Tuchel laughed off the speculation linking Mbappe with a transfer away from Paris before the game, responding to Zidane directly. 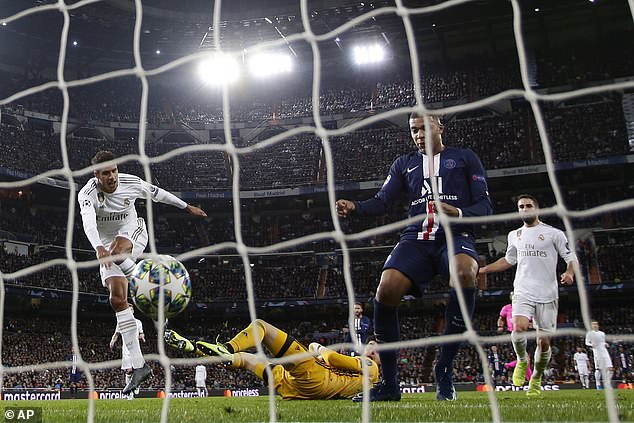 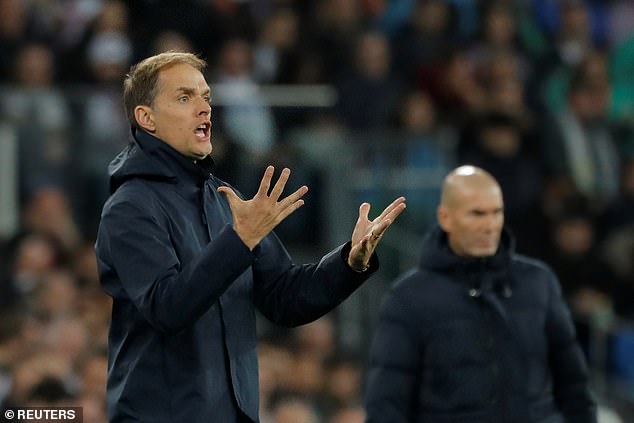 ‘Sometimes the players you love the most are the ones you cannot have,’ Tuchel said on Monday.

‘But unfortunately for Zidane he is our player, although I’m sure he has a lot of players who he loves in his team.

‘I don’t know how much Zidane loves Mbappe but he is our most important player and we are very happy that he belongs to us.’