Gareth Bale still has a role to play at Real Madrid this season, according to Zinedine Zidane.

The Welshman was left on the bench for Wednesday’s Champions League semi-final first leg against Bayern Munich, with rival for an attacking berth, Marco Asensio, scoring the winner in a 2-1 victory.

This has led to speculation that Bale’s time at the club could be coming to an end. But Real coach Zidane has moved to clarify the forward’s future by insisting that he is still ‘relying’ on him between now and the end of the campaign.

‘I have to make choices and I’ve got some very good players in the squad,’ Zidane said.

‘There are some players who are performing well at the moment.

‘There are still more games to come and I’ll be relying on him. It’s not true that I don’t play him.’

On the pitch, the Champions League holders took a major step towards a third straight final thanks to goals from Marcelo and Asensio.

The pair cancelled out Joshua Kimmich’s first-half goal to hand their side the advantage ahead of next week’s second leg. 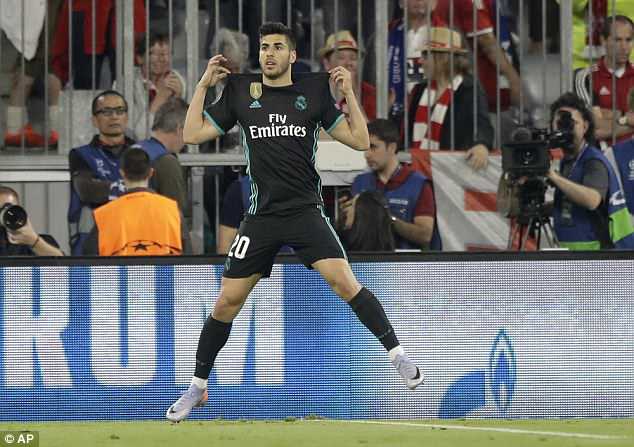 Bale was left on the bench against Bayern Munich, with replacement Marco Asensio scoring

Match-winner Asensio, 22, has impressed of late in a similar position to Bale, meaning the ex-Tottenham man’s opportunities have been significantly reduced this season.

He has made just 16 starts for Real in La Liga in 2017-18 and featured as a late substitute in the draw with Athletic Bilbao last week.

Bale’s situation at Real Madrid this campaign – and indeed on Wednesday night – was one of the main post-match talking points on BT Sport’s coverage of the game. 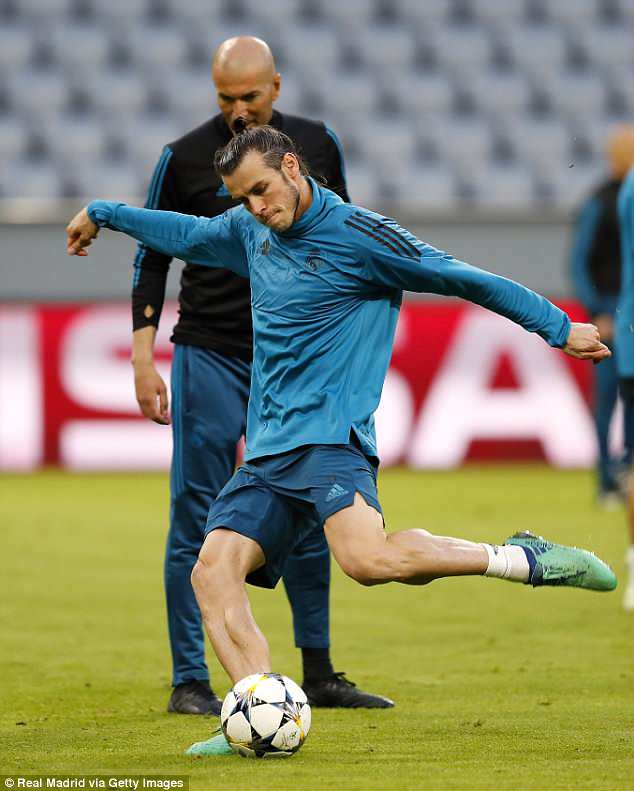 On the show, ex-Manchester United defender Rio Ferdinand described his omission against Bayern as a ‘huge statement’.

‘One thing we were all talking about here in the studio before the game finished, making those substitutions and Gareth Bale doesn’t get on the pitch is a huge statement,’ he said.

Fellow BT pundit Frank Lampard added: ‘I think statement is a good word because sometimes if the club is moving in the one right direction, they keep him on the bench, bringing the young players on, it’s a statement to say in the summer that things are going to change’.

Bale has been repeatedly linked with a move away from Real Madrid this summer, with Chelsea and Manchester United among those reportedly interested.