‘They will have extra motivation’: Zinedine Zidane wary of Champions League backlash from Manchester City in last-16 tie against Real Madrid after club were handed two-year ban for financial breaches

Zinedine Zidane has warned his Real Madrid side to expect a tough examination from Manchester City in the wake of the Premier League club’s two-year Champions League ban and £30million fine for Financial Fair Play breaches.

Pep Guardiola’s side will travel to the Bernabeu on February 26 for the first leg of their last-16 tie, and Zindane believes the punishment may act as additional motivation.

The decision from UEFA will be appealed by Manchester City but could see the title-winning squad broken up if upheld.

Zidane said: ‘I’m not going to go into what happened, what is going to happen.

‘It’s a team anyway, who will be a difficult opponent, knowing also how they have been doing in the Premier League. So they will have extra motivation.

‘It’s a rival who are going to be very, very difficult, it’s a very big team.’ 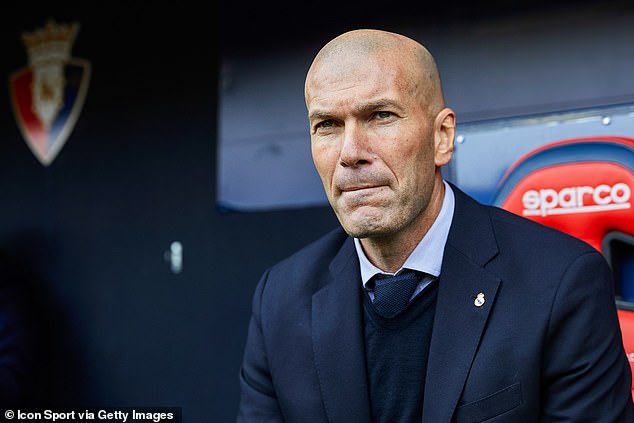