There is a theory around Zinedine Zidane that he is about to burn-out at Real Madrid, frazzled by the biggest job in football and ready to call it quits at the end of the season.

He didn’t look like a man desperate to get away on Tuesday when he glided effortlessly through another big-game press conference smiling at most of the questions he had to face and laughing at the suggestion Madrid might be living in fear of their Bayern Munich test on Wednesday night.

One reporter asked him about memories of previous battles between the two giants of the game and said: ‘In Germany they used to say that every time Real Madrid came here they would s*** their trousers.’ The Real Madrid coach was at first bemused and then amused by the reference. Looking stage left and then stage right, and grinning broadly he said: ‘Anything can happen but one thing that won’t happen is this “s******g the trousers”.

‘That doesn’t exist. We love playing these big games. It’s completely the opposite. As a manager, player or fan, it’s great to play these games.’

He looked like a man too busy enjoying himself to be even considering a future beyond Real Madrid.

So if Mauricio Pochettino’s comments at the weekend about Tottenham’s future possibly being with another coach were a nod and wink to Real Madrid, it seems for now Zidane is not about to move over and make room for the Argentine.

That could all change of course. Zidane was agitated earlier in the season before wins over Paris Saint-Germain and Juventus changed the complexion of the campaign. They could swing that way again between now and the end of May.

After the PSG games, Real Madrid president Florentino Perez and his board of directors all but ruled out making a managerial change at the end of the season.

And even if Madrid were to fail to reach the final in Ukraine, the feeling around the club is that the players would get the blame and the summer transfer activity would simply be revved up with Zidane finally getting what he wants in the transfer market – something that has not happened in the last two summers.

But Zidane himself could decide to walk if the third Champions League is not delivered and if Real Madrid are taken apart by Barcelona in the second Clasico of the season next month. However, recent quotes from Mauricio Pochettino suggest he is waiting in the wings

That game at the Nou Camp no longer has any significance in terms of the league but it could still mean a lot in terms of Zidane’s future.

The nightmare scenario is elimination at the hands of Bayern and then a dressing down against Barcelona – who will have won two trophies to Madrid’s zero.

That would raise doubts over Zidane and he might wonder if it’s all worth it. And because Pochettino is a coach that Real Madrid have long had on their shortlist as a possible replacement for when the time comes that club legend Zidane moves on, then the Spurs’ coach’s comments at the weekend will have been more timely.

The happier ending to the season would bring a very different summer. If Zidane can get the better of Bayern he will have masterminded three huge Champions League wins over big spending opponents.

Madrid supporters will care far less about what happens at the Nou Camp on May 6 and package deals to the Ukraine will be all the rage in the Spanish capital. 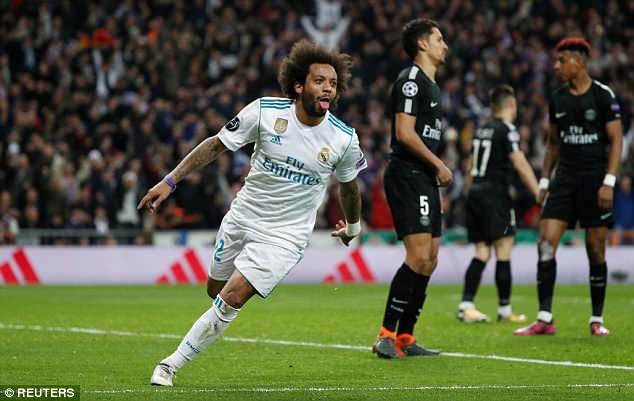 At the turn of the year when Real Madrid had lost the Christmas Clasico at home and been turned over by Pochettino’s Tottenham at Wembley, the French coach was looked upon as a someone who would need to be sacked with sensitivity at the end of the season.

The power of the Champions League is that two big victories change everything. Zidane is now being looked at by some as a good a manager as he was a player. He looks as poised in the press conference hot seat at the moment as he used to pirouetting out on the pitch with the white shirt on.

Bayern will do their best to wipe the smile off his face but if they can’t he will be laughing all the way to next season – and if he wins the final, he will do so as the first coach in history to have managed a hat-trick of European Cups in successive seasons.