Zion Clark – the American MMA fighter born without legs – beats able-bodied opponent to WIN his first fight by unanimous decision… as he sets his sights on a remarkable rise to the UFC!

By Ben Nagle For Dailymail.Com and James Cooney For Daily Mail Australia

Zion Clark – the MMA fighter born without a lower body – has beaten his first opponent by unanimous decision at the Gladiator Challenge in San Diego.

The 25-year-old, from Ohio, hit headlines earlier this week when he shared his dream of reaching the UFC – and he’s already made the perfect start.

Clark faced off against Eugene Murray in California in a PPV bout Saturday night, taking down his opponent multiple times despite their difference in size.

The fight lasted the entire three rounds, before Clark was then called the winner by unanimous decision, having his arm raised by the judge in the octagon. 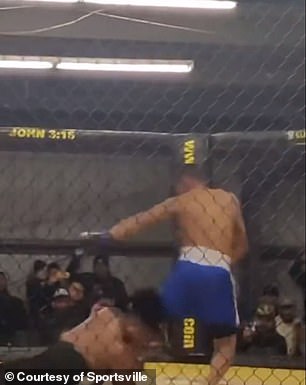 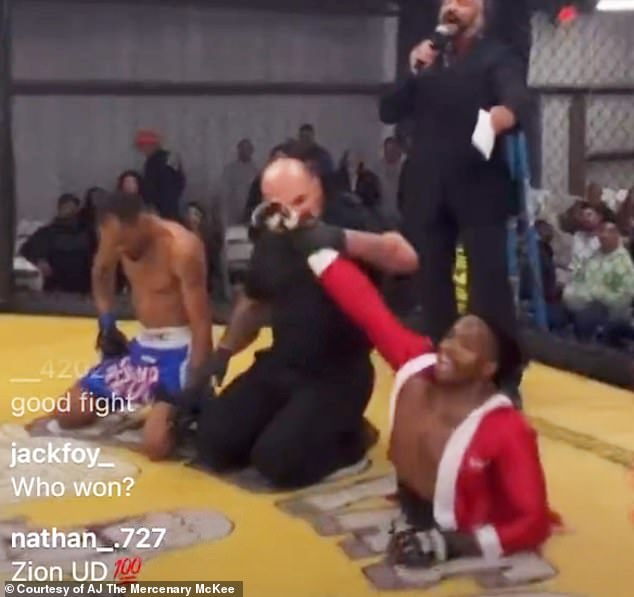 At the end of the bout, Murray had his arm raised by the referee, taking his MMA record to 1-0

Murray, his opponent, did not appear too disappointed with the result, instead pointing at Clark to be crowned the winner before the decision had been made.

When the judges’ decision was revealed, a delighted Clark backflipped his way back to his corner, sending the onlooking crowd wild.

Clark was born with caudal regression syndrome, a serious disorder which impairs the development of the lower spine.

Despite this, he has been able to participate and compete in numerous sports, now turning his attention to a career in MMA. 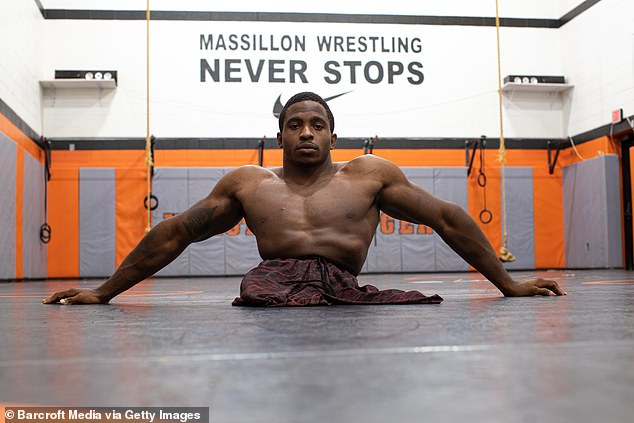 Clark (pictured) was born without a lower body, but it hasn’t stopped him from breaking multiple world records… and now he’s won his first MMA fight 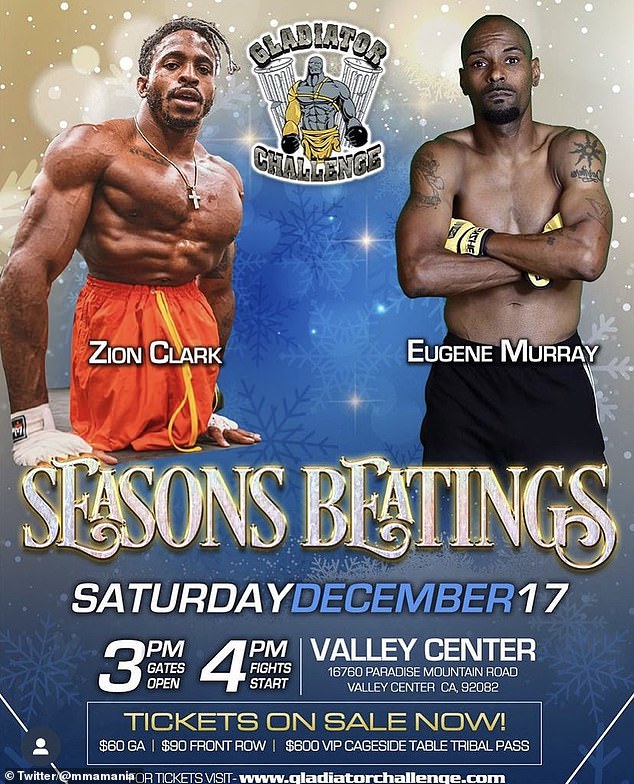 ‘I’m exceptional because I have a drive and I live by the mantra “no excuses” and I push myself forward every day.

‘This is the start of another professional career for me and I’m here to rip his throat out and put on a show for the crowd.’

The inspirational athlete’s life was full of hardships as he grew up in foster care, but he pushed himself to become an exceptional high school wrestler and hopes to make it to the 2024 Olympics and Paralympics in wheelchair racing.

‘People would make fun of me because I didn’t have legs,’ he said. ‘The best way to deal with haters is to use the hate to lift yourself up.

‘The haters are your biggest fans – use that to your advantage. 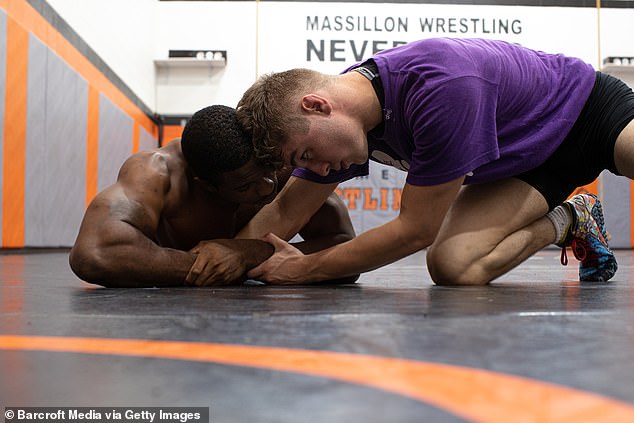 Despite his disability, Clark, 25, has been able to participate and compete in numerous sports

‘School wasn’t the greatest time for me, but by the time I was a senior I was able to turn it around and get into college and do everything I wanted to do.’

Clark also sees competing in the UFC as a future possibility – but his first big test comes when he puts on the gloves this weekend.

Clarke has been taking his foray in MMA very seriously, training with former UFC stars like Rampage Jackson, Mike Perry and Anderson Silva.

His opponent – Eugene Murray – has a winless record from four fights and was unable to secure his first victory this weekend.