PICTURED: Woman, 29, wanted by police for murder and stealing a car after a female, 23, plunged to her death from the fifth floor balcony of a Sydney apartment building

This is the woman wanted by police after a 23-year-old plunged to her death from the fifth floor of an apartment building.

Police are appealing for 29-year-old Zixi Wang to hand herself in after a body was found on a footpath at the back of an 11-storey building block in Zetland in Sydney’s inner-east.

Wang, who also goes by the name Jessie, is facing one charge of murder and another for stealing a car.

They understand she may currently be travelling in a white Mercedes with the registration CZG-81Q, and have pleaded with the public to keep a safe distance and call authorities if they see her. 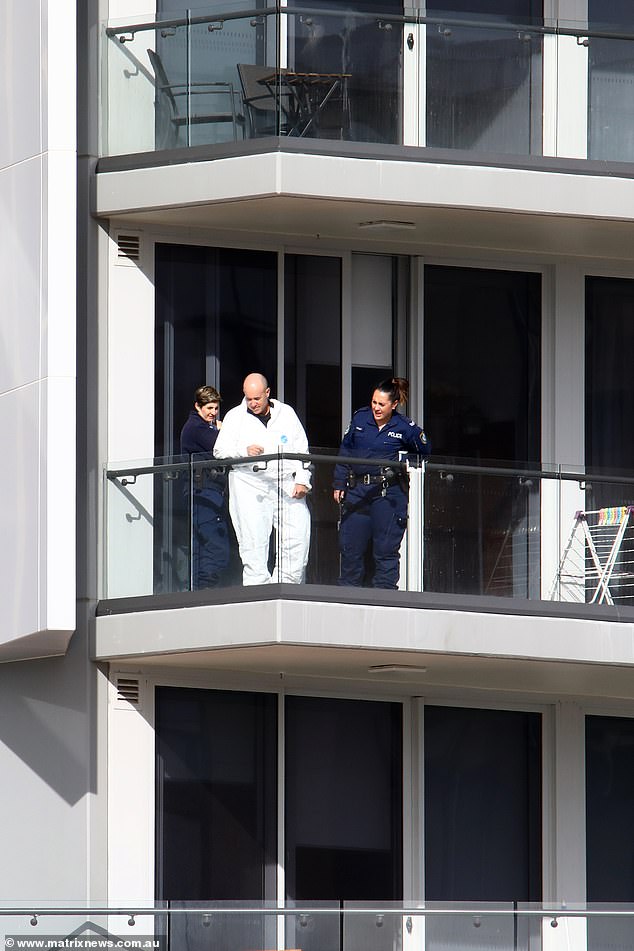 Forensic officers on the balcony of a Zetland unit, in inner city Sydney, where a woman plunged to her death on Monday night 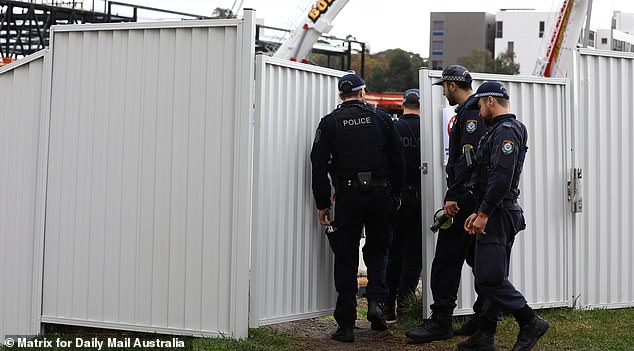 Police and paramedics rushed to the scene on Rose Valley Way about 8.45pm on Monday but were unable to revive her.

A spokesman told reporters on Tuesday afternoon he believed Wang is ‘in a vulnerable state’ and that police are concerned for her welfare.

He said officers were confronted with ‘a horrible scene’ when they responded to the call.

‘Any fall from a building is a tragic sight,’ he said. 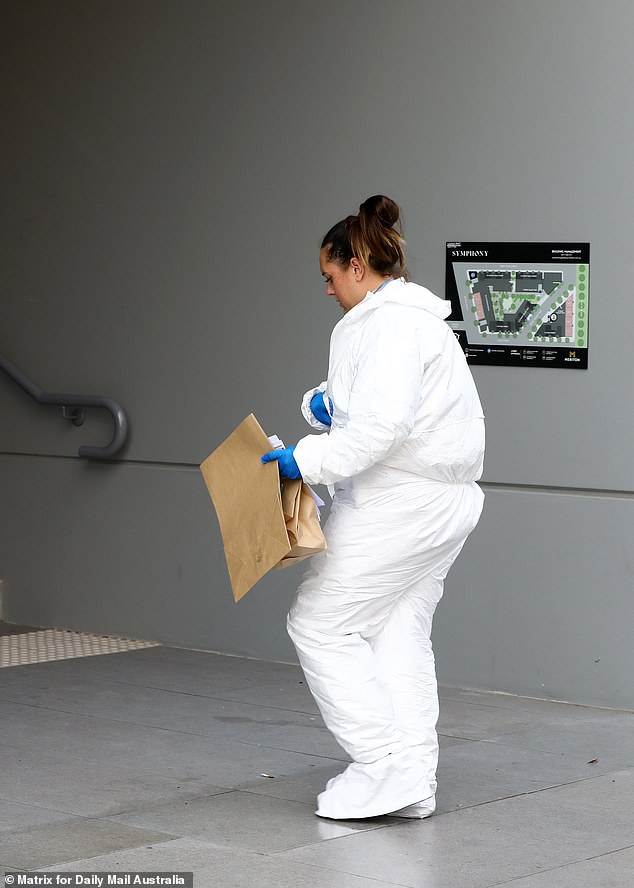 Homicide detectives have ruled out suicide and are reportedly treating the woman’s death as suspicious. Crime scene investigators remained at the scene on Tuesday (pictured) gathering evidence 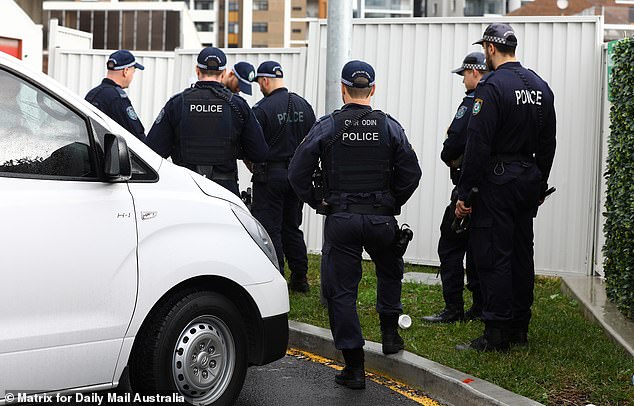 Police are not yet sure what Wang was doing at the apartment.

Neighbours said they heard a young woman screaming not long before the victim is believed to have fallen.

One neighbour told Daily Mail Australia she heard ‘about 10 minutes of intermittent painful screaming’ between a man and a woman.

Police were initially called to brand-new block on Rose Valley Lane about 8.45pm on Monday with reports of a commotion.

‘They were fighting for 10 minutes, it was painful screaming,’ a neighbour said.

‘It sounded like a man and a woman who knew each other.’

The woman reportedly suffered injuries before she went over the metre-high railings.

Police searched the unit later that night looking for a man but neighbours said no one was home. 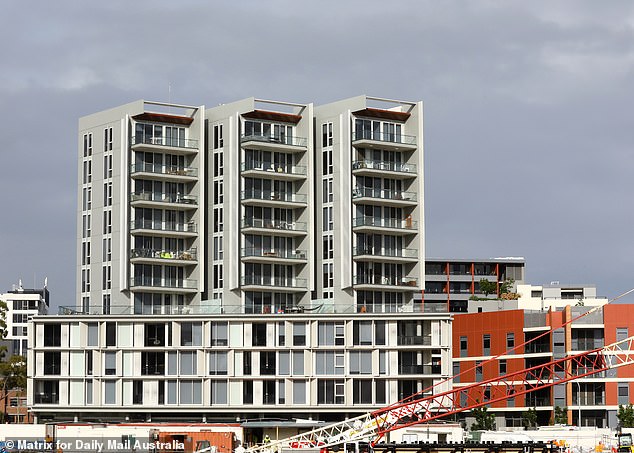 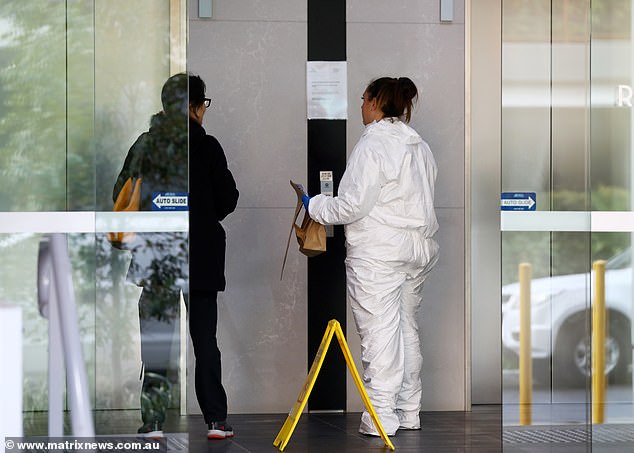 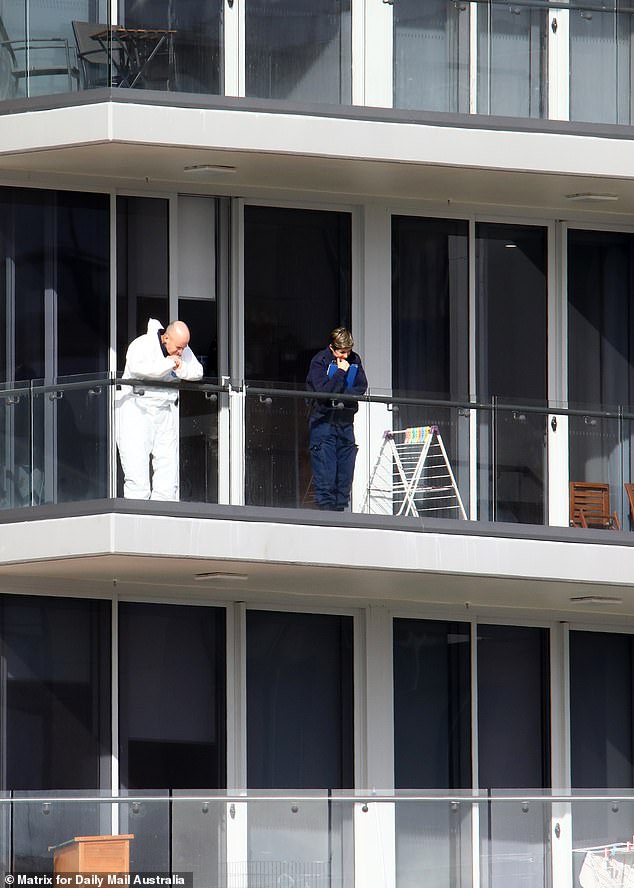 The woman was found on a footpath at the back of the 11-storey block about 8.45pm. Forensic officers pictured on the balcony on Tuesday morning

Forensics officers were seen searching the apartment on Tuesday morning while detectives escorted neighbours away to be interviewed.

Some residents returned home having no idea what happened the night before.

‘I’ve never seen so many cars in this street,’ a confused woman who just arrived from the airport said.

About a dozen police were seen rummaging through bushes but didn’t appear to find anything.

Others searched the underground parking garage, reviewed CCTV from the lobby, and poked around the building site facing the balcony.

The block opened about a year ago and some shops on the ground floor were not yet occupied.

The woman is believed to have struck a white metal fence as she landed, leaving a huge dent in the top and side of the structure.

As the investigation continues, police are appealing for Wang or anyone with information on her whereabouts to come forward. 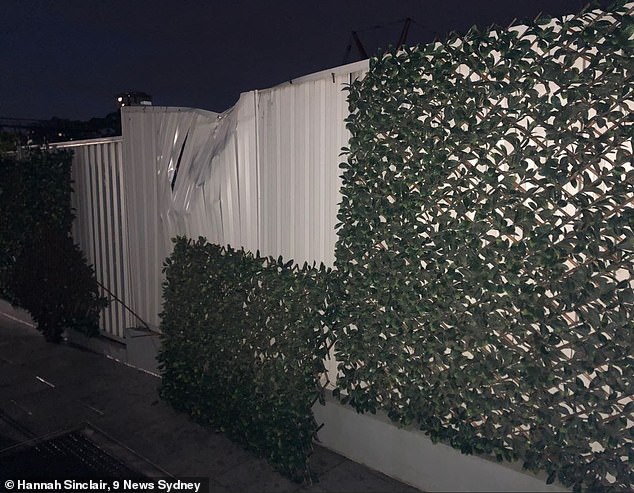