Zlatan Ibrahimovic ruled out for Man Utd vs CSKA Moscow

Jose Mourinho promised changes to the Manchester United team this week but Zlatan Ibrahimovic will not be one of them.

The striker is between the Carrington gym and training pitches as he continues to undergo rehabilitation from a cruciate knee ligament injury.

Ibrahimovic is not available for Tuesday’s Champions League match against CSKA Moscow but Mourinho expects him to be back in contention when Manchester City arrive at the weekend.

Since returning from a cruciate knee ligament injury in November, Zlatan Ibrahimovic has made four appearances for Manchester United but has yet to start a match

‘Zlatan is not injured,’ Mourinho said. ‘He needs sometimes very hard work on the muscular area that supporters the knee.

‘When the period with that hard work comes so does the fatigue. These days he cannot play and we decided to do that after Watford.

‘He’s divided between the gym and the pitch and he will be out again tomorrow. He’ll be back to normal after CSKA.’ 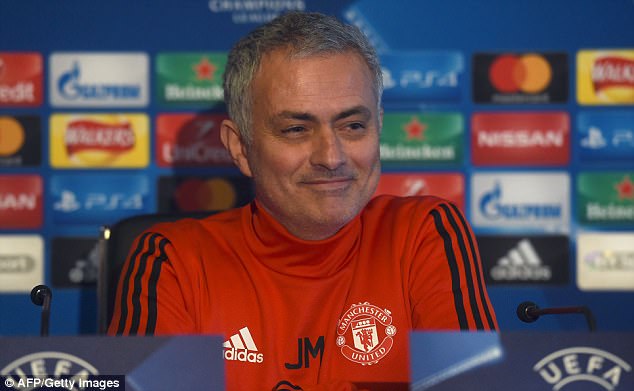 Luke Shaw will be named in the squad but Mourinho is still debating whether to give the left back a first start of the season.

‘I’m going to make a few but not too many changes,’ Mourinho added. ‘We haven’t qualified or finished first yet. There are other clubs involved. I need to keep a certain balance.

‘When you speak about Luke you are right, he’s working for an opportunity. Sooner or later it will arrive because he deserves it. Selected tomorrow – yes for sure. To start or be on the bench I cannot answer.’ 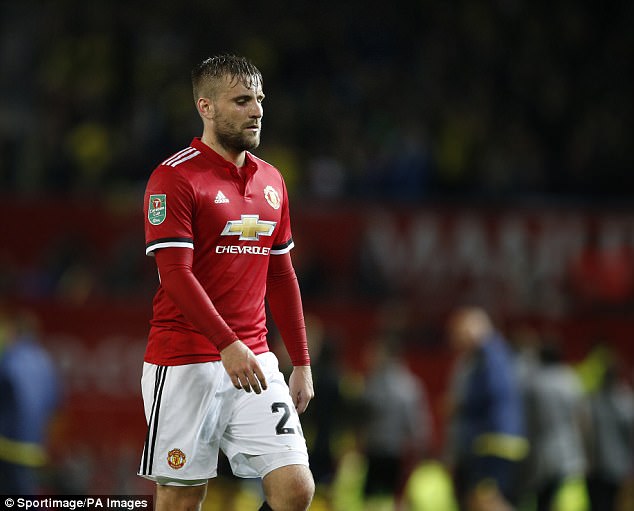