Zlatan Ibrahimovic will kickstart his acting career in the new Asterix and Obelix movie, which is scheduled for release in February 2023.

The Swedish icon shared a trailer of Asterix and Obelix: L’Empire du milieu to Twitter on Sunday, in which he starred as fearsome Roman soldier called Antivirus.

Ibrahimovic, who turns 41 next month, has yet to announce his retirement from professional football and is still under contract with AC Milan until next summer.

The striker, who is seen sporting a soldier’s armour whilst on the battlefield, uses his crafty footwork to flick up a helmet, before uppercutting his opponent to the floor.

The brutal and entertaining clip is shortly followed by Ibrahimovic addressing his army in a confident and unflappable manner, almost mirroring the celebration fans have so often seen on the football pitch.

He accompanied the trailer with the message: ‘Soon. Vive la France.’ 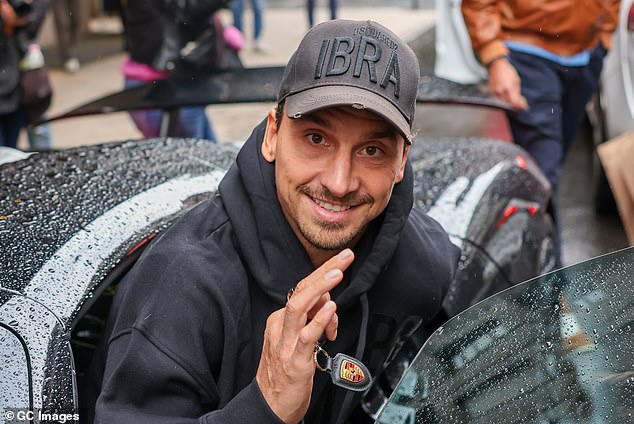 After pulling up in his luxurious Porsche, the forward smiled for the photographers as he exited the vehicle.

Ibrahimovic is still recovering from the knee surgery he underwent in May but promised fans he will return before closing out his impressive 23-year career.

Speaking to La Gazzetta dello Sport, the Swede said: ‘I will be back soon. I’m not going to retire, I’m coming back and I won’t give up.’